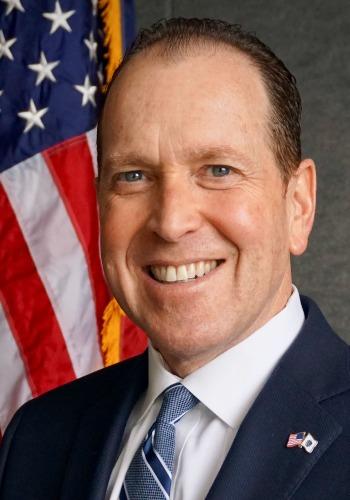 If there is one thing that Americans know how to do, it is to celebrate. All in one month’s time, Massachusetts will have celebrated the second official Juneteenth being recognized as a state holiday, Pride Month, and Independence Day. Each of these holidays holds its own distinguished significance. Yet, these occasions still remain the product of victories and liberations by groups of people that fought to maintain their freedoms.

I am proud to be a public servant for the Baker-Polito Administration whose commitment to service and making the Commonwealth a great place to live, work and raise a family continues to be a top priority.

In 2020, Governor Baker wrote in his proclamation commemorating Juneteenth as the end of slavery in the United States, and “an opportunity to recommit ourselves to the goal of creating a more equal and just society." ​In the same spirit, OCABR is committed to ensuring that every consumer across the state has access to resources and information to protect and empower themselves against bad actors looking to take advantage of them. According to a recent report by the FTC minority groups were found to be targeted and disproportionally affected by scammers.

Another group often targeted by scammers is the LGBTQIA+ community. This minority group often uses the internet to connect and develop relationships, and fraudsters take advantage of that. As Pride Month is celebrated in June, OCABR would like to remind the LGBTQIA+ community about crypto scams. The number one tip to remember is not to let your guard down, especially during celebratory occasions.

As we head into the holiday weekend and prepare for Fourth of July gatherings, make sure to read about how the Division of Standards ensures that you get what you pay for at the grocery store and at the pump. If you are buying any weighted items, it is important to be educated on the laws and regulations protecting you as a consumer in the Bay State. The only thing you should have to worry about is choosing between a hotdog or a hamburger.

So, every year, as Juneteenth, Pride, and Independence Day are celebrated, let us reflect on the baseball legend Jackie Robinson’s sentiment that, “There's not an American in this country free until every one of us is free.”

Please stay informed with all the latest consumer advocacy and updates across our agency by following OCABR on Twitter, LinkedIn, Facebook, and by checking out our most recent posts on the Mass Consumer Affairs Blog on Mass.gov/OCABR.

While the temperature heats up this season, we find ourselves spending more time outside.  That means the summer is a great time to continue protecting your lawn or add enhancements to prepare for outdoor fun. Beyond basic maintenance, some consumers may embark on larger projects such as patios, walkways, or other hardscape development.  Should you choose to start a landscape improvement plan, be sure to obtain any necessary municipal permits and consider working with highly trained licensed professionals.

Before hiring a landscape architect to complete your outside projects this summer, make sure that they have the proper licensure to operate in the Commonwealth. The Board of Registration of Landscape Architects offers a public lookup for consumers to check the current status of an individual landscape architect license.

While many landscape architects may complete work for homeowners, they also conduct jobs for a variety of other clients, including but not limited to:

For more information on landscape architecture in Massachusetts, visit the Division of Occupational Licensure at www.Mass.Gov/DPL.

Who doesn’t love grilling out and enjoying barbeque and other delicious seasonal meals this time of year?  If you’re purchasing fish, cheese, or other weighed pieces at the grocery store in Massachusetts, consumers can ensure you get what you pay for when buying summer essentials.

The Division of Standards (DOS), an agency within the Office of Consumer Affairs and Business Regulation, oversees weights and measures in the Commonwealth and enforces the item pricing law, unit pricing regulations, and item pricing waivers to retail food stores.  The DOS also inspects pre-packaged food and non-food products to ensure that the net quantity is accurate and that any variation is within the acceptable parameters. Additionally, the laws and regulations under DOS oversight require food and grocery stores to individually price mark most items with the actual selling price. The laws also require food and grocery merchants to sell any item at the lowest price indicated on an item, sign, or advertisement.

In addition to the work that DOS does calibrating scales and performing examinations, there are steps consumers can when making weighed purchases at the market:

Not all food is weighed, but that shouldn’t cut into your summer eating enjoyment.  The Item Pricing Law in the Commonwealth requires food retailers without a price scanner to individually price most items in addition to displaying the price on the shelves.  Some other helpful parts of the law to know when at checkout are:

The latest extension of the student loan payment pause is set to expire on August 31, 2022. It’s no surprise that scammers are using this as an opportunity to take advantage of borrowers.  Recently, the Federal Trade Commission announced a decision to issue more than 20,000 checks totaling more than $2 million to borrowers who lost money to a student loan debt-relief scam called Student Debt Doctor.

As the Office of Consumer Affairs and Business Regulation always says: “an informed consumer is an empowered consumer.” To that end, here are a few red flags to beware of while student loan scams are on the rise:

Remember to always take your time when confronted with an unsolicited call, email, or other message.

If you or someone you know have been a victim of a student loan scam and would like to report it, contact the Federal Trade Commission (FTC) at ReportFraud.ftc.gov.

Older Americans are one of the fastest-growing demographics in the country, they’re also the most likely to be taken advantage of and at a higher risk of fraud.  On June 15, we recognized World Elder Abuse Awareness Day.  This call to action aims to raise awareness of elder abuse, neglect, and exploitation.  At least 1 in 10 adults over the age of 60 has experienced some form of abuse, most often at the hands of a caregiver, family member, or other trusted individual.

One of the most prevalent ways seniors are defrauded is through financial abuse.  According to the Federal Bureau of Investigation, senior citizens lose more than $3 billion each year to financial scams.  The Office of Consumer Affairs and Business Regulation joins the international community in raising awareness and helping end elder abuse, both here in Massachusetts and across the world.

In collaboration with the Division of Banks, the Office of Consumer Affairs and Business Regulation is providing the following red flags of elder financial abuse.

Massachusetts law grants immunity from any charges resulting from reporting elder abuse, as long as the reporter did not commit the abuse, and the report is made in good faith.

For more information about elder abuse or to file a report, visit the Executive Office of Elder Affairs at www.mass.gov/reporting-elder-abuse-neglect. If you suspect elder self-neglect, financial exploitation, or other abuse, you can call the Massachusetts-based Elder Abuse Hotline at 1 (800) 922-2275. Reports can be filed online or by calling the hotline, 24 hours a day.

This month, Undersecretary Edward A. Palleschi met and presented Alicia Zefta, Owner of Alicia Studio 13 in Haverhill with the OCABR Licensee Recognition Certificate of Excellence. Licensed through the Division of Occupational Licensure and the Board of Registration of Cosmetology and Barbering, Alicia Studio 13 has an all-star cast of makeup artists and hair stylists dedicated to serving their community.

This month, Undersecretary Edward A. Palleschi celebrated the grand opening of the new Division of Standards (DOS) Metrology Lab that recently relocated to Ashland.

Guests including DOS compliance officers, municipal sealers, and inspectors from across the Commonwealth were given tours of the 5,000 sq/foot facility that tests weights and measures devices used across the State by DOS Director James P. Cassidy and State Metrologist Ray Costa.

The Lab represents a significant state investment in equipment and is now one of the newest, most advanced metrology facilities in the Northeast. The Lab tests and calibrates a range of weights, volumetric, and linear measuring devices for both municipal and private sector agencies which gives consumers faith in knowing they’re getting what they pay for.