Download the PDF version of the full OIG 2019 annual report.

In 2019, the Office of the Inspector General (“Office”) responded to over 1,380 hotline complaints and conducted investigations and reviews in such areas as:

The Office’s work led to prosecutions, legislative initiatives, and policy changes at the state and local levels. Because education is key to preventing the misuse of government funds, the Office continued to expand its professional training program.

Recognizing that individuals learn in different ways, the Office developed its first fully online course. The nine-week Supplies and Services Contracting class debuted on April 6, 2020. In March 2020, moreover, the Office temporarily moved all of its classes online in response to the COVID-19 public health emergency.

In keeping with its strategic plan, the Office established two fellowships to improve its recruitment and retention of a talented and diverse workforce.

Both two-year fellowship programs provide substantive and valuable experience to individuals with a strong commitment to public service. The programs are designed to allow each fellow to learn about the wide variety of work the Office performs, with the hope of offering full-time employment at the end of the fellowship.

It also continues to expand its relationships with other colleges and universities, including: 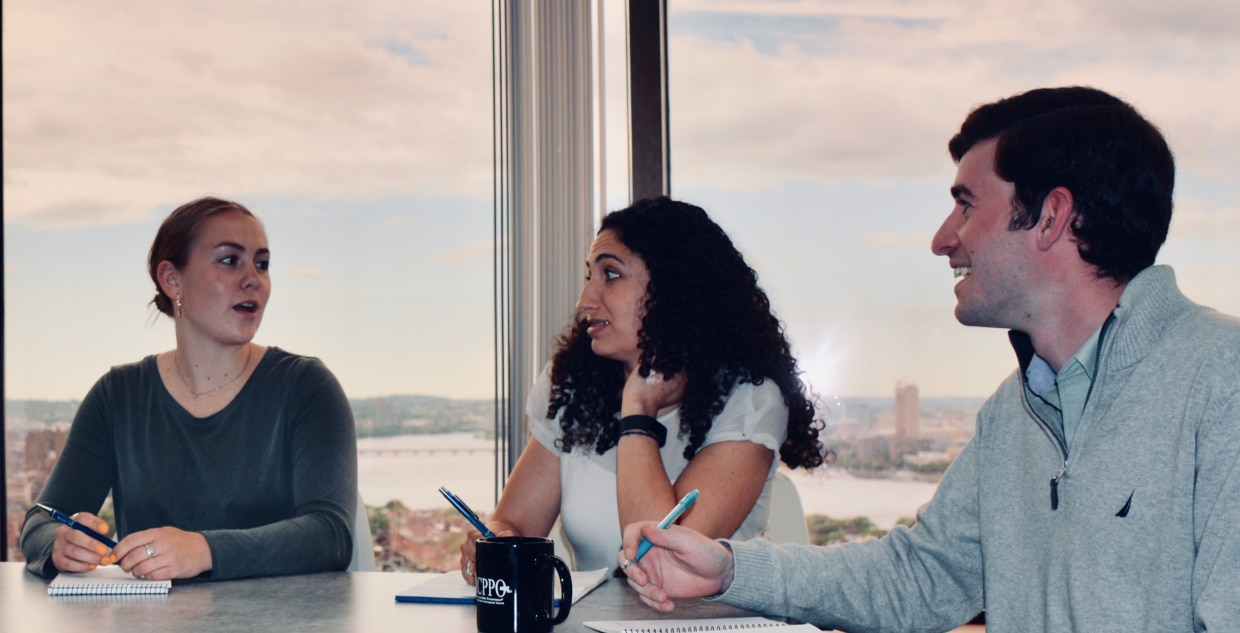 The Office continued to emphasize professional development by encouraging employees to enroll in certification programs through organizations such as the Association of Inspectors General and the Association of Certified Fraud Examiners.

As part of its commitment to a positive and supportive workplace, the Office also provided office-wide trainings on subjects such as preventing violence in the workplace, ethics, fraud reporting, implicit bias and sexual harassment prevention.

Looking more closely at specific divisions within the Office, the Audit, Oversight and Investigations Division (“AOI Division”) worked on many investigations – either on its own or with prosecutors – that are not yet public.

However, in 2019, the AOI Division’s work on numerous criminal and civil matters became public through indictments, settlements and public recommendations for corrective measures.

For instance, the Office received public recognition for the AOI Division’s role in a joint investigation with the United States Attorney’s Office, the FBI, the Internal Revenue Service and the United States Department of Housing and Urban Development that led to the arrest of the then-mayor of Fall River and several of his associates in September 2019.

Through the AOI Division, the Office also played a public role in examining the post-retirement employment of a former Boston Public Schools headmaster and recommending that the Boston Retirement Board recover at least $67,000 from her future pension payments.

In addition to fulfilling its statutory mandate to conduct reviews and investigations related to various Executive Office of Health and Human Services (“EOHHS”) agencies, in 2019, the Bureau of Program Integrity (“Bureau”) hosted a statewide Summit for 40 managers from EOHHS and its agencies on the administration of Supplemental Nutrition Assistance (“SNAP”) benefits to residents of group homes.

Also, in carrying out its mandate, the Bureau assisted in the prosecution of two Department of Developmental Services (“DDS”) employees, one for overtime fraud totaling $40,000 and another for misappropriating DDS funds to buy $15,000 of groceries for personal use.

The Bureau supported the development of DDS’s Bureau of Program Integrity and its internal controls and risk management program as well as recommended the implementation of a Program Integrity Division within the Department of Mental Health.

Additionally, the Bureau reviewed the oversight that EOHHS agencies exercise over vendors, including:

In July 2018, in response to the discovery that some state troopers assigned to patrol the Massachusetts Turnpike were being paid for overtime shifts they had not worked, the legislature established the Division of State Police Oversight (“DSPO”) within the Office.

During 2019, the DSPO conducted a comprehensive review of the Massachusetts State Police’s (“MSP”) paid-detail policy with particular focus on the “travel time” section of the policy. After the DSPO’s review, the MSP made changes to that section of the policy in order to ensure that troopers are properly accounting for travel time to and from a detail.

The DSPO also initiated a review of the overtime shifts for all highway patrols to determine whether the abuses discovered in the Massachusetts Turnpike patrols were happening elsewhere in the state. The DSPO’s overtime review is ongoing.

The Internal Special Audit Unit (“ISAU”) continued to delve into the operations of the Massachusetts Department of Transportation in 2019. Among other efforts, ISAU conducted an initial review of the MBTA’s privatization of its warehouse operations, identifying multiple ways the private vendor’s performance fell short of its contractual obligations and recommending improved oversight.

Following the discovery that the Registry of Motor Vehicles’ Merit Rating Board was not acting on information about out-of-state accidents involving drivers licensed in Massachusetts, the ISAU agreed to review the Merit Rating Board’s operations, financing and statutory obligations. This review is ongoing.

In addition, the ISAU also reviewed the MBTA’s administration of its “non-revenue fleet,” the passenger vehicles assigned to individual employees, specific departments or used as pool vehicles. The ISAU found lax controls in the assignment of state-owned vehicles to individual employees. ISAU is currently  working with the MBTA to improve the control environment.

The Policy and Government Division (“P&G Division”) is responsible for overseeing many of the Office’s legislative mandates, including a requirement to conduct healthcare reviews focusing on the Massachusetts Medicaid and Health Safety Net programs.

Separately, the P&G Division continued to participate in the development of policies and procedures related to the Commonwealth’s public design and construction laws, reviewed public land transactions and provided input on over 100 pieces of legislation.

During 2019, the Regulatory and Compliance Division (“R&C Division”) provided:

Because education is vital to preventing fraud, waste and abuse, the R&C Division is:

The R&C Division has led the effort to develop online classes. Additionally, as it did in 2018, the Office continued to hold a summer session during July and August with all summer classes held outside of Boston.

2,300 Participants trained through the MCPPO program

Further details about the activities summarized above, as well as the results of additional investigations, reviews and other projects, are set forth in the rest of this report.