The housing is planned around Carlos Vega Park through the coordination of the Holyoke Housing Authority (HHA) and Holyoke Redevelopment Authority (HRA) as part of its Urban Renewal Plan. The housing plan includes 66 rental units and 24 home ownership opportunities. HRA utilized an Executive Office of Housing and Economic Development’s Urban Agenda grant for pre-development work and land acquisition, which has set the stage for this project. The MassWorks award will fund a new traffic configuration, storm water bump out planters with new trees, new curbing and sidewalks, landscaping, street lighting, bike lanes and pedestrian connections, improved alleyways and a new 18,950 square-foot green space.

“MassWorks is a valuable program that maximizes return on investment for capital funding, for the City of Holyoke this means delivering vital infrastructure that will bring new affordable housing online and spur additional development in the neighborhood,” said Governor Charlie Baker. “This development joins the Lyman Terrace and Front & Heritage Streets projects unlocked by MassWorks funding, and we are pleased to bring more housing opportunities to the area.”

“As former municipal leaders, Governor Baker and I know firsthand the value of flexible grant programs like MassWorks, which help communities make targeted enhancements and provide opportunities for economic development,” said Lieutenant Governor Karyn Polito. “Our administration has been proud to support housing production and preservation across the region, and today’s MassWorks award is another investment is homes for Holyoke’s residents and the City’s continued revitalization.”

HHA will contribute $139,500 for landscape design, engineering and cost estimating. The City will also leverage more than $9.4 million approved for other area projects to be completed in coordination with the MassWorks project. Simultaneously, Holyoke Water Works is making capital improvements in the area, and a $4 million Complete Streets project on Cabot Street between Race Street and the nearby Willimansett Bridge will be completed in the future and also support the housing project. This MassWorks award expedites new housing stock, will attract re-investment in the area and complements HHA’s prior successful MassWorks projects on Lyman Terrace and Front and Heritage Streets.

"The South Holyoke Homes development will be the largest housing investment project this neighborhood has seen in a century. The project's emphasis on creating more housing choices in our center city, particularly through pathways towards home ownership, will be transformational to the vicinity and to the families of South Holyoke. This project would not be possible without the sizeable and strategic investment in public infrastructure by the MassWorks program, and we are thankful to the Baker-Polito Administration for partnering with us to make this happen," said Mayor Alex Morse.

“I’m happy to see that this grant is going to the City of Holyoke and is being used for not only housing, but infrastructure and green spaces as well,” said Senator Donald Humason. “This is a big project for the city and its future. The positive impact it will have on the Holyoke community will be immense over the years.”

“This grant allows the City of Holyoke to move forward with our comprehensive community-driven redevelopment plan for this area of South Holyoke and addresses one of the biggest issues facing all of the Commonwealth today, which is housing,” said Representative Aaron Vega. “This grant is especially, impactful to me as this is the neighborhood I grew up in and the park is named after my father. Establishing more housing options, including home ownership, for families to stay in their neighborhood and to move up the economic ladder is critical for our city's future.” 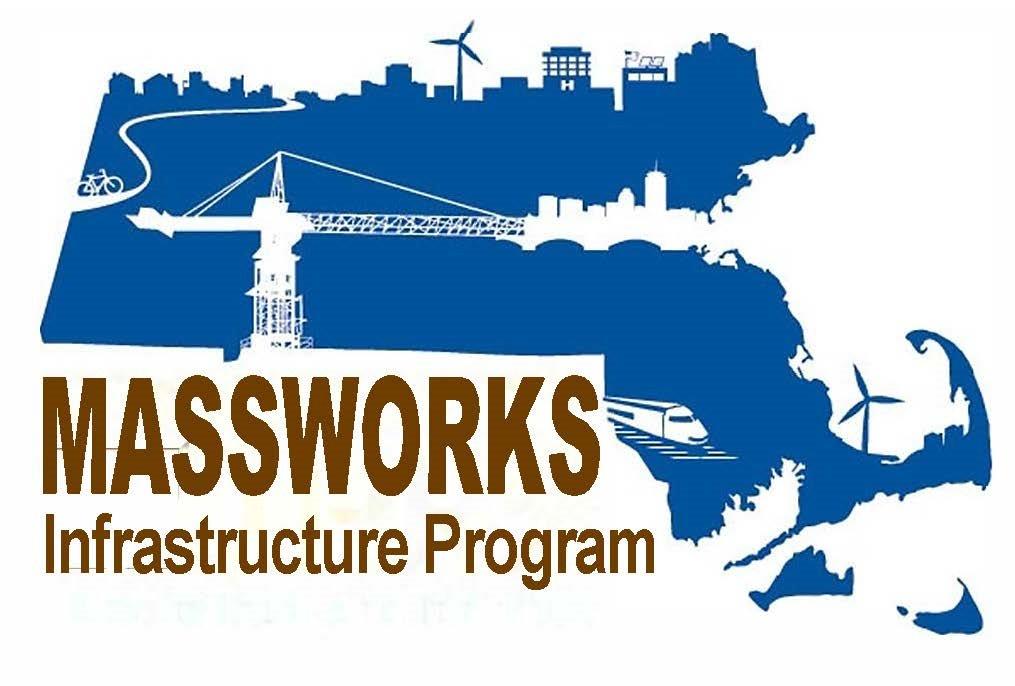