BOSTON — Energy and Environmental Affairs (EEA) Secretary Kathleen Theoharides today announced several senior personnel appointments, naming Jim Montgomery as Commissioner of the Department of Conservation and Recreation (DCR), Patrick Woodcock as Commissioner of the Department of Energy Resources (DOER), and Shaun Santos as the Colonel of the Massachusetts Environmental Police.

“Each of these appointments will allow the Baker-Polito Administration to continue building a clean energy future for Massachusetts residents while protecting and preserving the Commonwealth’s environment for future generations,” said EEA Secretary Kathleen Theoharides. “Jim and Patrick have been serving in their positions in acting roles, and their leadership over the past several months has made it clear that they are the best choice to advance the missions of their respective agencies. Drawing on years of experience, including his work on specialized units, Shaun possesses the qualifications and leadership skills that will give him the ability to effectively lead the Environmental Police.”

“It’s a privilege and an honor to be chosen to lead the Department of Energy Resources, and I would like to thank Governor Baker, Lieutenant Governor Polito, and Secretary Theoharides for this incredible opportunity to serve,” said DOER Commissioner Patrick Woodcock. “From the development of electric storage, to the advancement of offshore wind and electric vehicles, to the nation’s leading energy efficiency programs, this department continues to be at the forefront of innovative and ambitious clean energy policies that are helping the Commonwealth decrease its greenhouse gas emissions and move toward a clean, affordable and resilient energy future.”

“I am truly honored to work with the Baker-Polito Administration and to carry on the Department of Conservation and Recreation’s mission to protect, promote, and enhance the state parks system for residents and visitors to enjoy,” said DCR Commissioner Jim Montgomery. “By working closely with Secretary Theoharides, it is my hope that we will continue to ensure a high level of access is provided for all to experience the Commonwealth’s impressive natural, cultural, and recreational resources for years to come.”

“I am honored to be appointed as Colonel of the Massachusetts Environmental Police, and I would like to extend my appreciation to the Baker-Polito Administration and Secretary Theoharides,” said Colonel Shaun Santos. “I look forward to working with our partners throughout the administration and across Massachusetts to safeguard the Commonwealth’s natural resources and public lands while protecting public safety.”

Patrick Woodcock has served as Interim Commissioner of DOER since December 2019.

He joined EEA in 2017 and most recently served as the Undersecretary of Energy, overseeing the Department of Energy Resources and the Department of Public Utilities, chairing the Energy Facilities Siting Board, and serving on the Massachusetts Clean Energy Center’s Investment Committee.

Prior to his time in the administration, Woodcock was Director of the Maine State Energy Office from 2013 through 2016 and worked for United States Senator Olympia Snowe in her Washington, D.C. office. He holds a bachelor’s degree in Government from Bowdoin College.

Jim Montgomery has served as Interim Commissioner of DCR since September 2019.

He joined the Baker-Polito Administration in 2016 as Director of Administration & Finance for the Department of Conservation and Recreation.  Prior to that time, Montgomery served in the same capacity for the City of Boston’s Emergency Medical Services, and previously served as the Mayor of Taylorville, Illinois from 1997 to 2005.

Montgomery received a bachelor’s degree in Political Science from Millikin University, and a Master of Public Administration from the Harvard Kennedy School of Government.

During his tenure with the Lowell Police Department, Santos served in the patrol force as well as specialized units including Special Investigations and the Drug Enforcement Administration, gaining extensive experience conducting investigations at both the state and federal level.

Santos has also served as an instructor throughout the country on law enforcement best practices as well constitutional law issues, including topics such as search and seizure, supervisory liability, internal affairs and other Fourth Amendment issues. Santos received a bachelor’s degree from UMass Lowell, a master’s degree from Anna Maria College, and a J.D. from Suffolk University Law School. 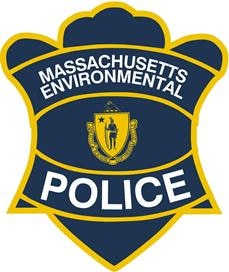 Thanks, your message has been sent to Executive Office of Energy and Environmental Affairs!