“Strengthening the partnerships between cities and towns and the Commonwealth has been a priority for our administration,” said Governor Baker, “and these grants are key to supporting investments in technology projects and upgrades that aid municipalities in streamlining and improving service for their constituents.”

Announced at the Massachusetts Municipal Association’s (MMA) Annual Meeting in January, the Community Compact IT Grant Program awards cities and towns up to $400,000, and the expertise of the Office of Municipal and School Technology within MassIT, to implement and invest in one-time technology infrastructure, software and equipment  upgrades or planning, design, installation and training costs.

“We are proud to support these 52 municipalities in making technological advancements for the development of their communities,” said Lieutenant Governor Polito. “The grants will allow cities and towns to undertake projects critical to their successes, including modernizing financial systems, implementing wireless networks, and digitizing records.”

“The competition for the $2 million of available funding from the Governor’s Fiscal Year 2017 Capital Budget was intense, with more than 100 eligible municipalities applying for grants,” said Kristen Lepore, Secretary of the Executive Office for Administration and Finance. “The 52 communities chosen today met the overarching goal of driving innovation and transformation at the local level through investments in technology.”

Lt. Governor Polito has championed the administration’s municipal partnerships, signing 221 Community Compacts thus far. Through the Community Compact program, municipalities have identified and implemented self-selected best practices in conjunction with the Commonwealth of Massachusetts, ensuring a strong partnership between state and local government. More information on the program and how Compact Communities can apply is available at www.mass.gov/ccc. 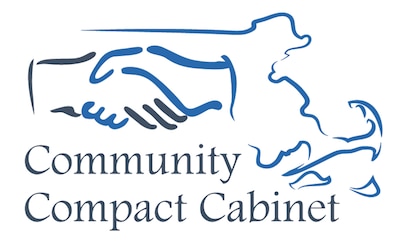