This page, Baker-Polito Administration Names Gary Anderson as Commissioner of Insurance, is offered by
Press Release

Boston, MA — Governor Charlie Baker has appointed Gary D. Anderson to Commissioner of the Division of Insurance, a regulatory agency under the Office of Consumer Affairs and Business Regulation. Mr. Anderson joined the Division in 2014 as First Deputy Commissioner and has served as the Acting Commissioner since February 2017, where he is responsible for overseeing and monitoring an approximately $53 billion industry with over 1,600 licensed insurance companies and approximately 126,000 insurance agents licensed to do business in Massachusetts.

“Commissioner Anderson is a committed public servant with a strong skill set and extensive private and public sector experience that will be a tremendous asset to his continued leadership,” said Governor Charlie Baker. “Over the past several months, Commissioner Anderson has proven his ability to successfully guide the Division and keep the best interests of the Commonwealth’s residents its number one priority.”

The Division of Insurance is also responsible for monitoring the financial solvency of its licensees, reviewing and approving rates and forms, coordinating the takeover and liquidation of insolvent insurance companies, and the rehabilitation of financially troubled companies.

“Commissioner Anderson has proven he has the insight and experience to lead this agency,” added Lieutenant Governor Karyn Polito. “He is an asset to the Division and we are excited for him to continue this great work in the administration on behalf of the people of Massachusetts.”

“A robust and reliable insurance marketplace is a critical component of a healthy economy,” said Housing and Economic Development Secretary Jay Ash. “Gary is a successful leader and his appointment ensures continued stability to the Division and Massachusetts.”

As Commissioner, Mr. Anderson will report to John Chapman, Undersecretary of the Office of Consumer Affairs and Business Regulation. “Gary has earned the respect of the Legislature and the industry during his tenure as First Deputy Commissioner and as Acting Commissioner. Gary brings strong leadership to the agency and I look forward to working with him in his capacity as Commissioner.”

Prior to his roles at the Division of Insurance, Mr. Anderson served as a Policy Advisor and Senior Counsel in the Massachusetts State Senate President’s Office, where he was involved in a number of policy areas, from controlling health care costs to all matters affecting the financial services sector. Prior to his work within the Senate President’s Office, he served as the General Counsel for the Financial Services Committee, where he handled legislation relating to insurance and banking. Mr. Anderson’s private sector work began in 1999 with a regional insurer in the Northwestern United States, and also includes experience at a pharmaceutical company, where he was responsible for negotiating the tiered status of pharmaceuticals in the hospital setting. Mr. Anderson is a graduate of Idaho State University and Albany Law School at Union University. 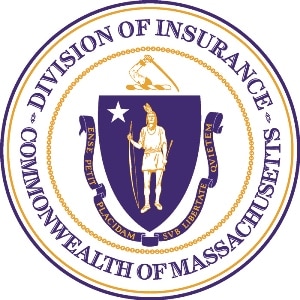 The primary mission of the Division of Insurance is to monitor the solvency of its licensees in order to promote a healthy, responsive and willing marketplace for consumers who purchase insurance products. Protection of consumer interests is of prime importance to the Division and is safeguarded by providing accurate and unbiased information so consumers may make informed decisions and by intervening on behalf of consumers who believe they have been victimized by unfair business practices.
More