BOSTON — Today, the Baker-Polito Administration announced the selection of Motorola Solutions, Inc. as the winning bid of the competitive procurement process to replace the Commonwealth’s legacy statewide public safety radio system. The Executive Office of Technology Services and Security (EOTSS), in coordination with the Executive Office of Public Safety and Security (EOPSS) and the Massachusetts State Police (MSP), has engaged Motorola Solutions to replace the current analog radio network with a new P-25 standards-based interoperable digital system that will offer enhanced communications capabilities through improved reliability, increased capacity and expanded coverage.

The radio system, known as the Commonwealth of Massachusetts Interoperable Radio System (CoMIRS), is used by the State Police for their primary radio communications and by 245 local, regional and state public safety organizations. The multi-year project, managed by EOTSS’ Interoperable Communications Bureau (ICB), is expected to be completed in 2026 and is funded by State 911 trust funds and capital funds authorized by the Legislature.

“Providing public safety and first responder personnel with the necessary equipment to facilitate reliable communications is essential to their ability to safely respond to an emergency situation,” said Governor Charlie Baker. “This investment in the CoMIRS system will deliver public safety benefits to the Commonwealth for years to come.”

Effective and reliable interoperability, or the ability for different public safety agencies to communicate with each other when and where needed, is a critical component to enhancing the coordination and operations of public safety, first responder and emergency personnel in responding to critical incidents and natural disasters. There are approximately 30,000 radios active on the existing radio system.

The bid submitted by Motorola Solutions was selected based on several criteria, including seamless integration with partner systems and options for future expansions and added capacity to further leverage this system for the benefit of additional agencies and users. This will offer added flexibility as other organizations are potentially added to the modernized interoperable network.

The CoMIRS project will include several major recurring activities, including, but not limited to, environmental and interference studies, site infrastructure improvements, fleet mapping, radio system installation, radio replacements, system and coverage testing and user training. Improvements to site infrastructure will include the complete modernization and upgrade of 86 radio sites, including the installation of new electronic shelters, HVAC systems and generators.

“As a longtime public safety official and head of the lead technology agency of the Commonwealth, I know firsthand how valuable this investment into our public safety communications infrastructure is,” said Secretary of Technology Services and Security Curt Wood. “I appreciate the partnership of our public safety agencies and the support of our Administration to ensure we deliver on this important project.”

"In moments that require critical response, the Commonwealth’s public safety apparatus depends on technology that connects local, state and federal partners," said Public Safety and Security Secretary Terrence Reidy. "We are grateful to Secretary Wood and his team at EOTSS for their partnership and commitment to ensuring a resilient, efficient and effective interoperability system. This project highlights the importance of embracing emerging technologies to enhance public safety and will deliver transformative improvements to the state’s emergency communications.”

“With the ongoing partnership of EOTSS and EOPSS to successfully implement CoMIRS, Massachusetts will remain a leader in public safety communications interoperability,” said Massachusetts Statewide Interoperability Coordinator Richard Fiske. “Thousands of first responders depend on this infrastructure to fulfill their mission to protect Massachusetts’ residents, property and resources. When complete, this mission-critical radio system will offer expanded capacity and enhanced interoperability across our partner agencies for decades to come.”

“The statewide radio system is the backbone of State Police communications operations,” said Colonel Christopher Mason, Superintendent of the Massachusetts State Police. “We use it continually to communicate both internally among our personnel and externally with our public safety partners across the state. Our Radio Team is working in conjunction with EOTSS to ensure that the CoMIRS+P25 modernization project will provide reliable, enhanced and critical emergency communications for the Department and the Commonwealth for years to come.”

“We appreciate the opportunity to expand our decades-long working relationship with Massachusetts State Police through the modernization of the Commonwealth of Massachusetts Interoperable Radio System," said Dave White, Vice President, Motorola Solutions. “With its investment in state-of-the-art P25 infrastructure and technology, the Commonwealth will improve the resilience and reliability of emergency communications and enhance collaboration between police and other first responders to best serve its communities.”

Over the coming months, EOTSS’ Interoperable Communications Bureau (ICB) will brief current network users and partner agencies from across the Commonwealth on the CoMIRS modernization project. To ensure there is no disruption to current public safety communication, the existing legacy interoperability system will be maintained until a decision can be made to decommission it. 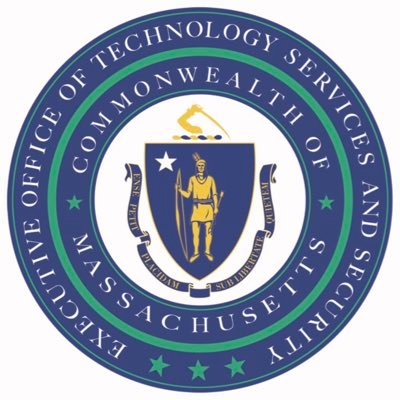 Our mission is to provide secure and quality digital information, services, and tools to customers and constituents when and where they need them.
More

Thanks, your message has been sent to Executive Office of Technology Services and Security!