BOSTON, MA— September 15, 2022—Massachusetts had 23,997 initial claims for regular Unemployment Insurance (UI) during the month of August, a decrease of 1,6391 claims from the previous month. Most initial claims (IC) this month were seen in Construction, Retail
Trade, and Healthcare and Social Assistance. Continued weeks claimed (CWC) decreased by 12,158 from the previous month to 229,060. Most CWC were seen in Retail Trade, Food and Accommodation, and Transportation and Warehouse.

The Pandemic Unemployment Assistance (PUA) program, which was implemented on May 21, 2020, had 0 initial claims filed and 342 continued weeks claimed, a decrease of 206 CWC from the previous month. The PUA benefits program ended on September 4, 2021.
The Pandemic Emergency Unemployment Compensation (PEUC), which was implemented on May 21, 2020, had a total of 19 initial claims. CWC decreased by 17 to 385 claims. The PEUC program ended on September 4, 2021.

The federal/state Extended Benefits (EB) program, which triggered on May 3, 2020, due to the high volume of claims, had one more IC from the previous month and CWC also increased by 2 claims. The EB program ended on July 17, 2021. 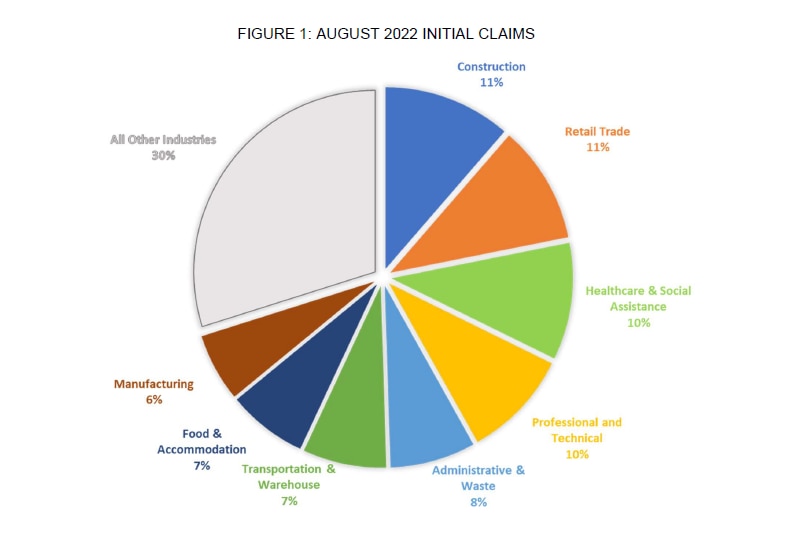 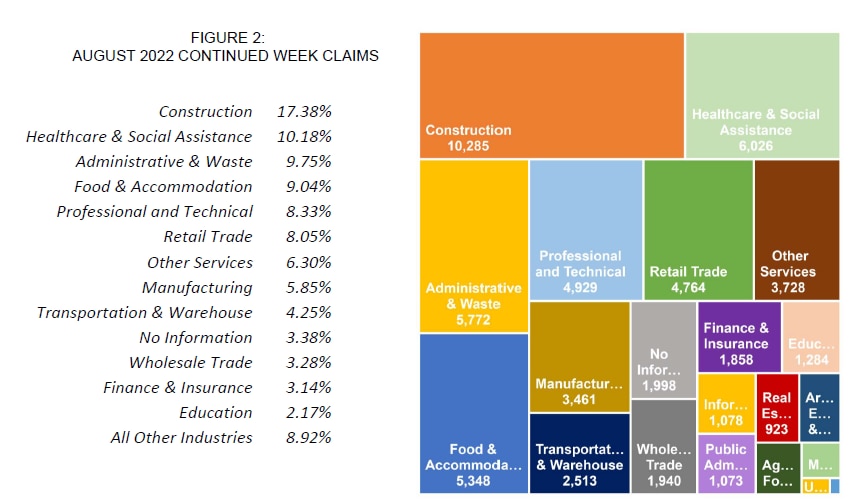 OVER-THE-MONTH CHANGES BY NAICS
All but five sectors saw increases in initial claims filed over the month of August. Construction leads with the greatest increase in number of initials claims (+76%). The largest percentage increase is seen in the Management of Companies sector (98%). Of the top three sectors with initial claims increases, Construction sector claims differ most from the median trend in previous years. The Food and Accommodation, Retail Trade, and Wholesale Trade sectors saw the largest drops in number of initial claims in August. 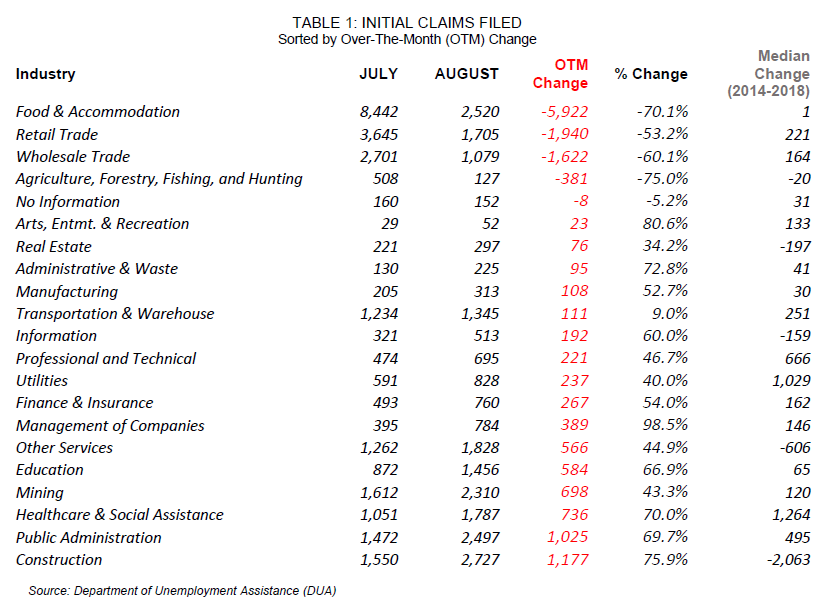 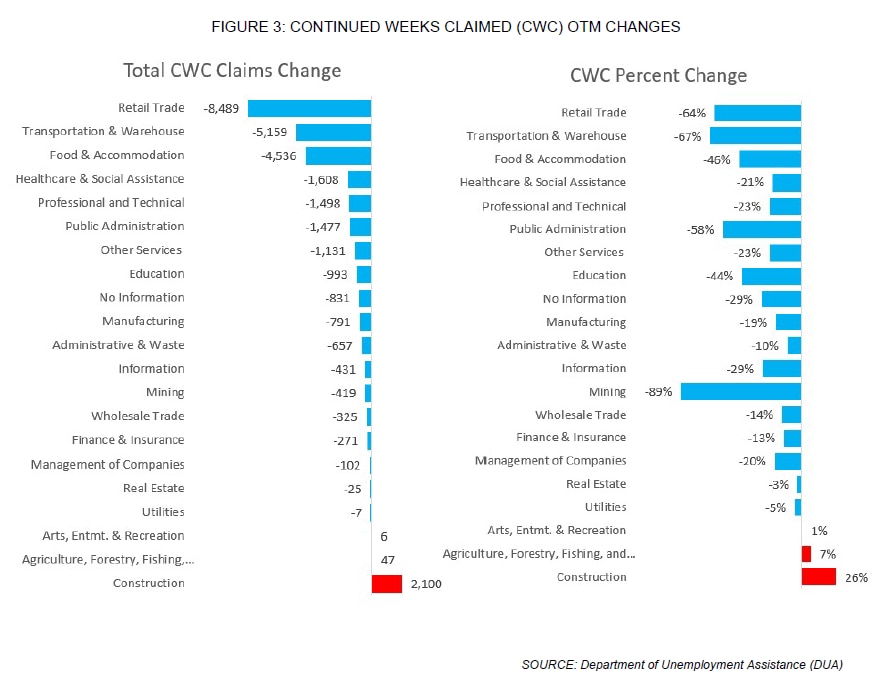