The Pandemic Unemployment Assistance (PUA) program, which was implemented on May 21, 2020, had 0 initial claims filed and 533 continued weeks claimed, a decrease of 205 CWC from the previous month. The PUA benefits program ended on September 4, 2021.

The Pandemic Emergency Unemployment Compensation (PEUC), which was implemented on May 21, 2020, had a total of 70 initial claims. CWC dropped by 332 to 620 claims. The PEUC program ended on September 4, 2021.

The federal/state Extended Benefits (EB) program, which triggered on May 3, 2020, due to the high volume of claims, had one additional IC from the previous month while CWC increased by 16 claims. The EB program ended on July 17, 2021. 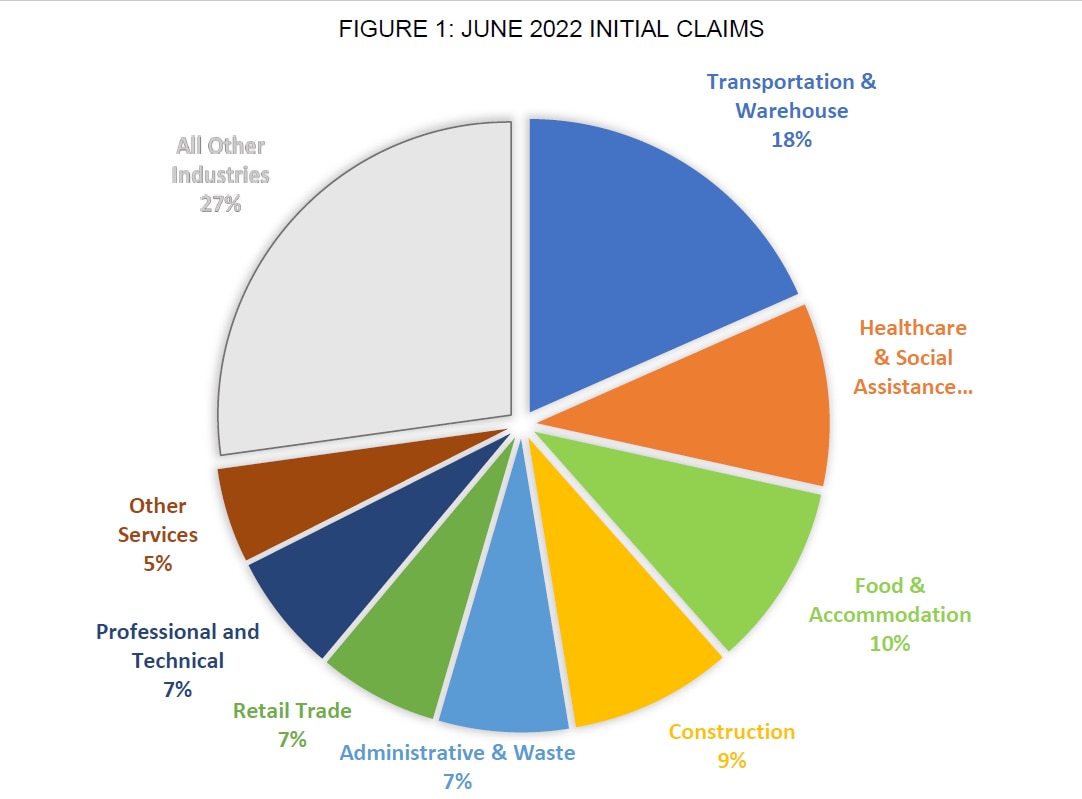 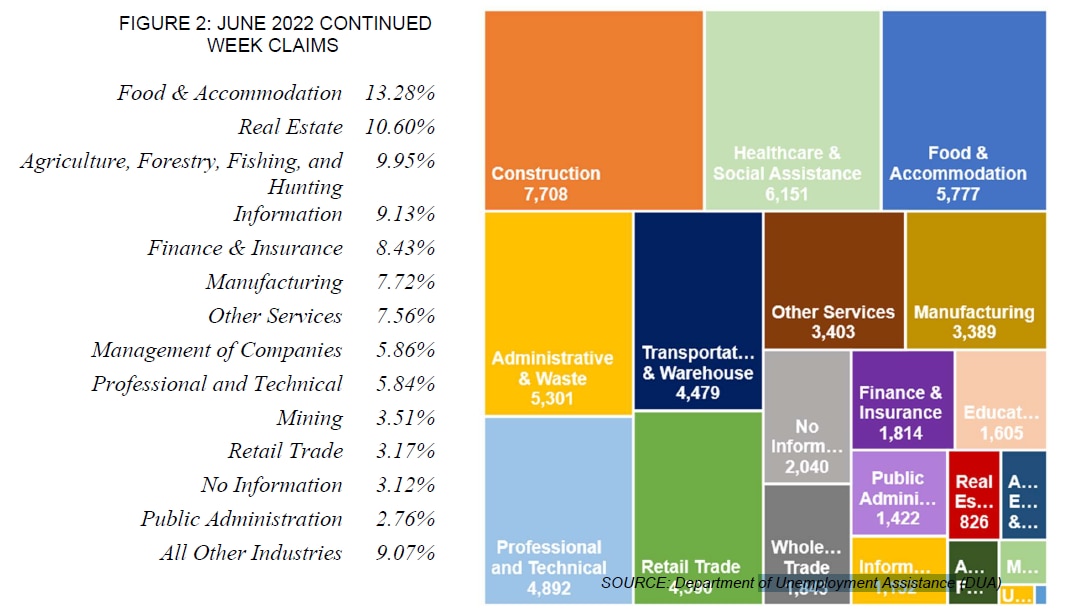 All but three industries saw increases in initial claims over the month of June. Transportation and Warehousing leads with the greatest number of initial claims, up 3,876 (+635%) claims from May. This is followed by Public Administration (+312%), and Healthcare and Social Assistance (+43.8%). The largest drop in initial claims is seen in Food and Accommodation (-7.5%). 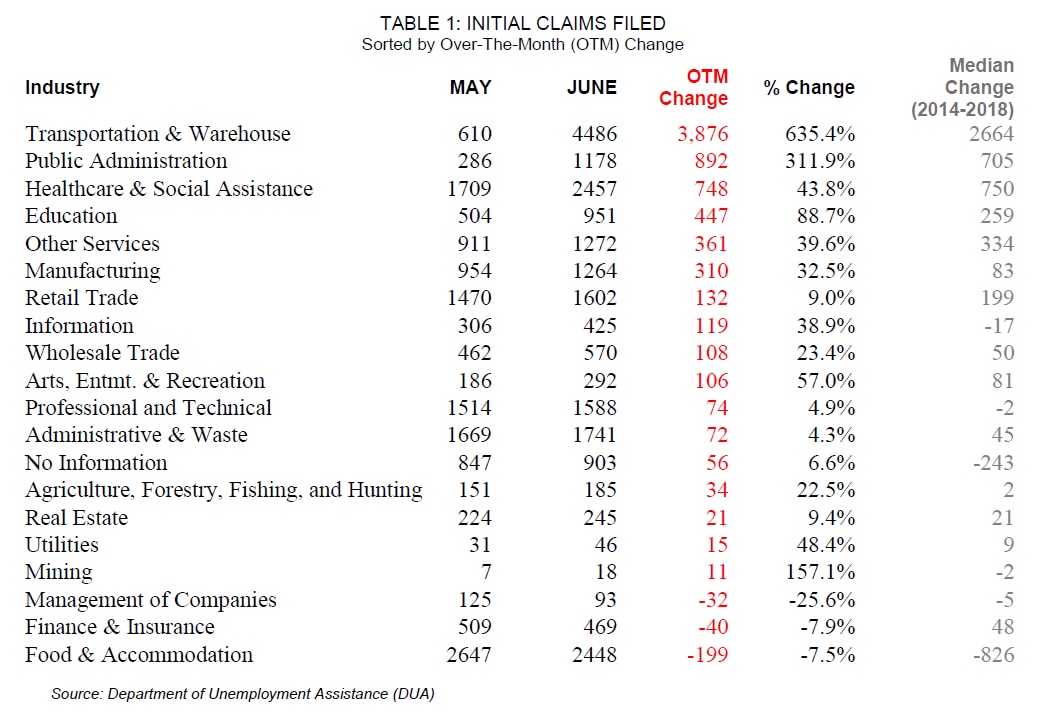 Fourteen sectors saw a decrease in CWC over the month. Utilities saw a 25% drop of 2,577 claims from the previous month. All other thirteen industries that saw decreases saw reductions of less than 500 claims in CWC over this period. Seven industries saw increases in CWC, with Food and Accommodation leading at almost 2,000 additional claims over the month of June. 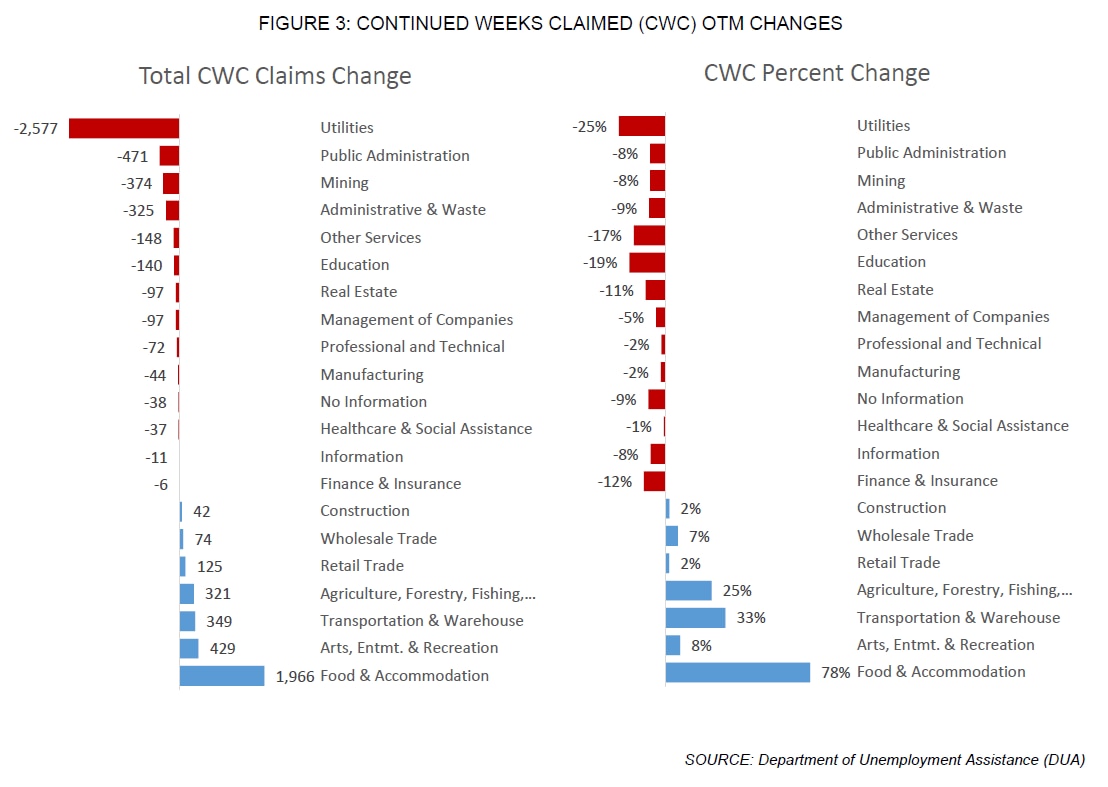 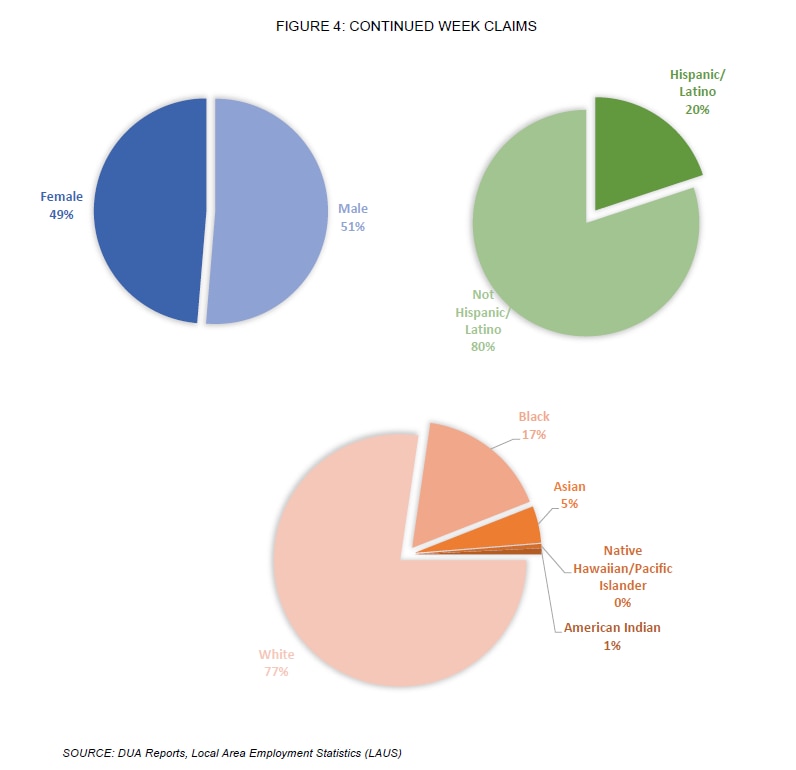