BOSTON, MA—April 21, 2022—Massachusetts had a total of 15,406 initial claims for regular Unemployment Insurance (UI) between March 6th and April 2nd, 2022, a reduction of 7,751 claims from the previous four weeks. The largest decreases were seen in: Transportation and Warehousing, down 3,691 claims; Construction, down 1,089 claims; and Food & Accommodation, down 604 claims.

The Pandemic Emergency Unemployment Compensation (PEUC), which was implemented on May 21, 2020, had a total of 56 initial claims. Continued weeks claimed dropped by 37 to 480 claims. The PEUC program ended on September 4, 2021.

The federal/state Extended Benefits (EB) program which triggered off on July 17, 2021, had no change in initial or continued week claims from the previous month.

The Federal Pandemic Unemployment Compensation (FPUC) which was implemented on May 21, 2020, and provided an additional $300 a week on top of regular benefits also ended on September 4, 2021. 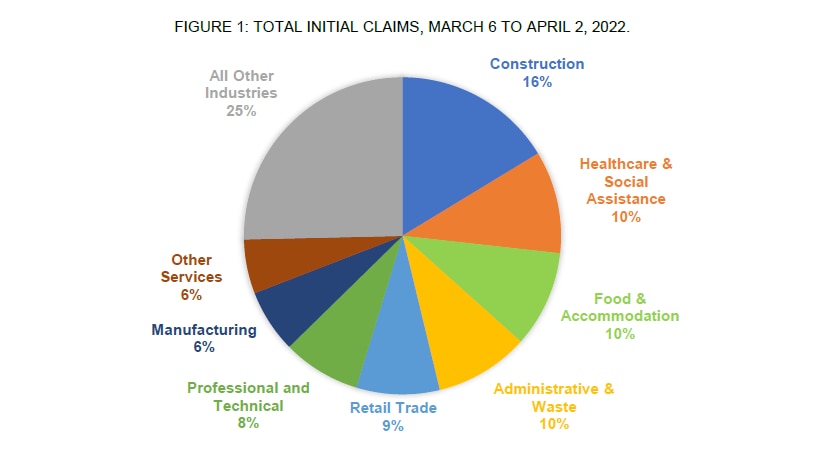 More than half of continued claims in March were seen in Construction, Administrative & Waste Management, Food & Accommodation, and Healthcare & Social Assistance. Similar to initial claims trends this month, Construction (-10.0%), Food & Accommodation (-19.6%), Administrative & Waste (-10.7%), Transportation and Warehousing (-31.6%), and Other Services (-12.3%) saw the greatest drops in continued claims. 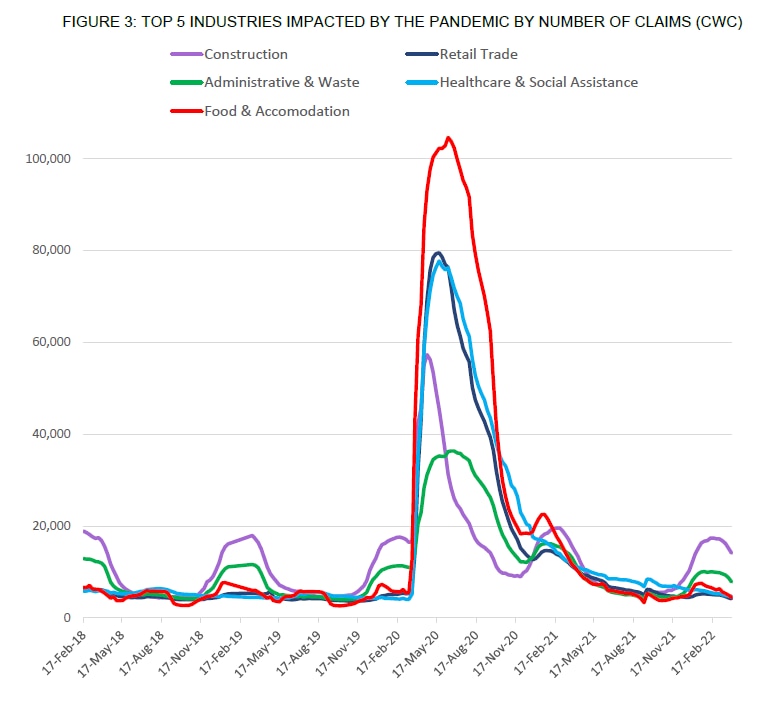 DEMOGRAPHIC BREAKDOWNS
Below we present demographic statistics on ethnicity, gender, and race for all those claimants who filed for a continued week. The below statistics reflect median continued weeks claimed over five weeks, from the week ending March 5th to the week ending April 2nd, 2022. All demographic figures are presented as a percentage of claimants who responded, excluding claimants for whom the information was not available. REGULAR UI DEMOGRAPHIC FIGURES**
Here we present the breakdown by gender, ethnicity, and race of continued claims for Regular UI between March 8th, 2020 and April 2nd, 2022: 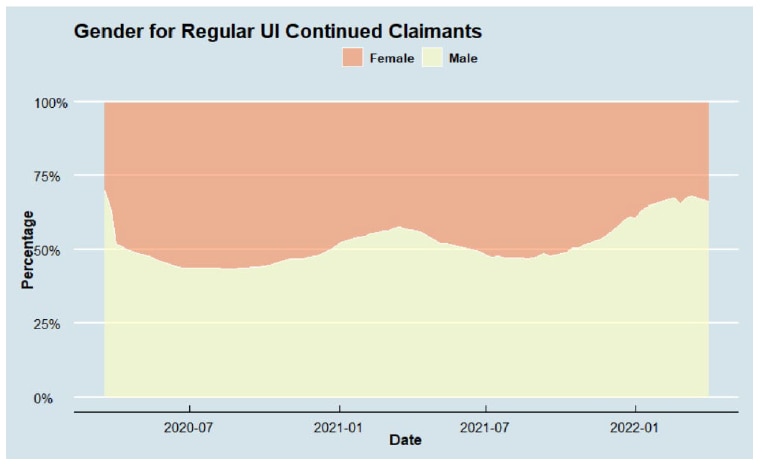 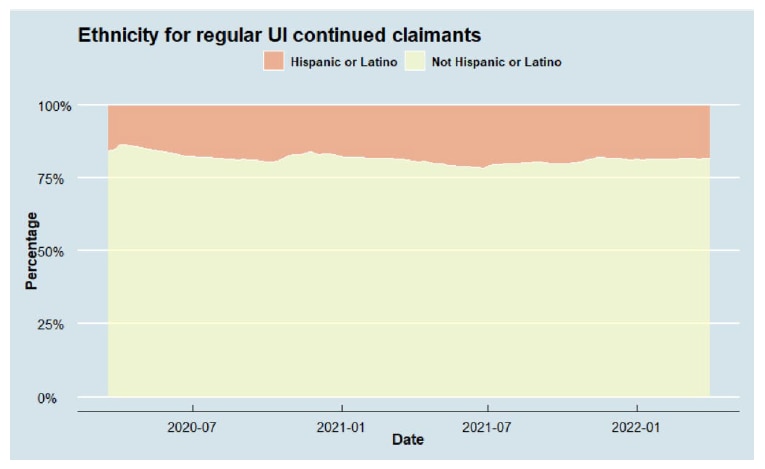 **The UI Extensions Demographics Figures series is discontinued because the weekly sample sizes of continued claims for the PEUC and EB programs, which covered the long term unemployed, are too small to be accurately represented graphically.