Massachusetts had 139,450 individuals file an initial claim for unemployment insurance from March 29 to April 4. This represented a decrease of 23% over the previous week. Among the known industries affected, Food and Accommodation, Retail Trade, and Health and Social Assistance continued to show the largest number of initial claims filed this week at 20,529, 17,163 and 16,276 respectively. In the last three weeks, from March 15 to April 4, initial claims filed totaled 468,477.

The Department is currently paying unemployment compensation to over 250,000 Massachusetts claimants. Over the last 3 weeks, the customer service staff at DUA has grown from around 50 employees to over 600. Since March 23rd they have made over 60,000 callbacks to constituents and are now making over 6000 calls a day. For the past 19 days, DUA has hosted daily unemployment town halls, in both English and Spanish, which have now been attended by over 100,000 constituents. 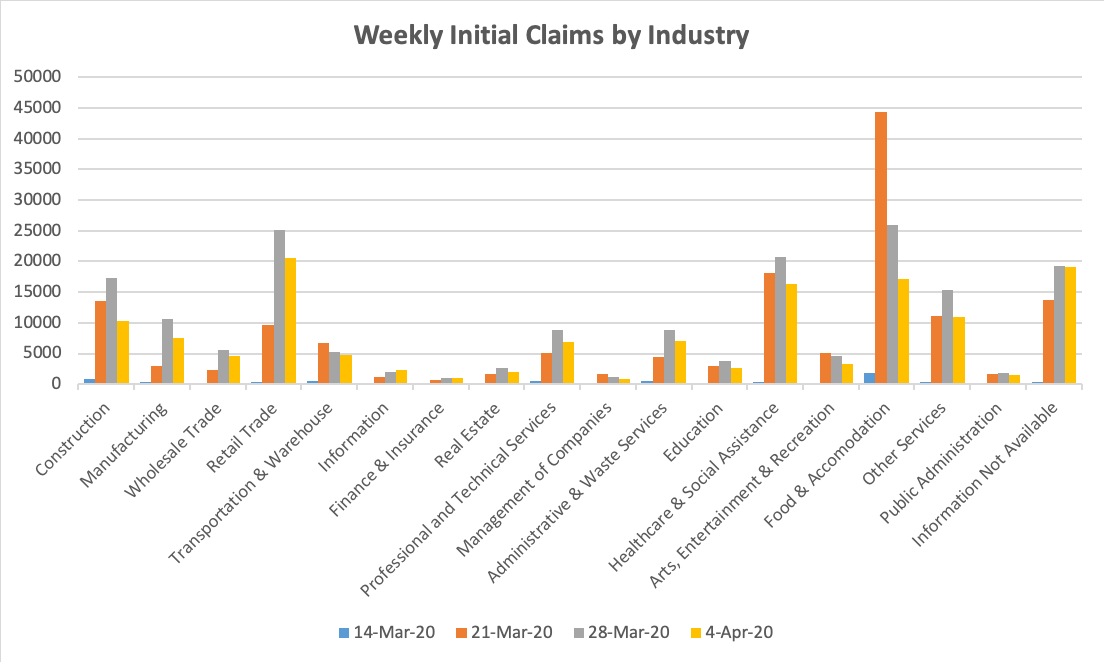 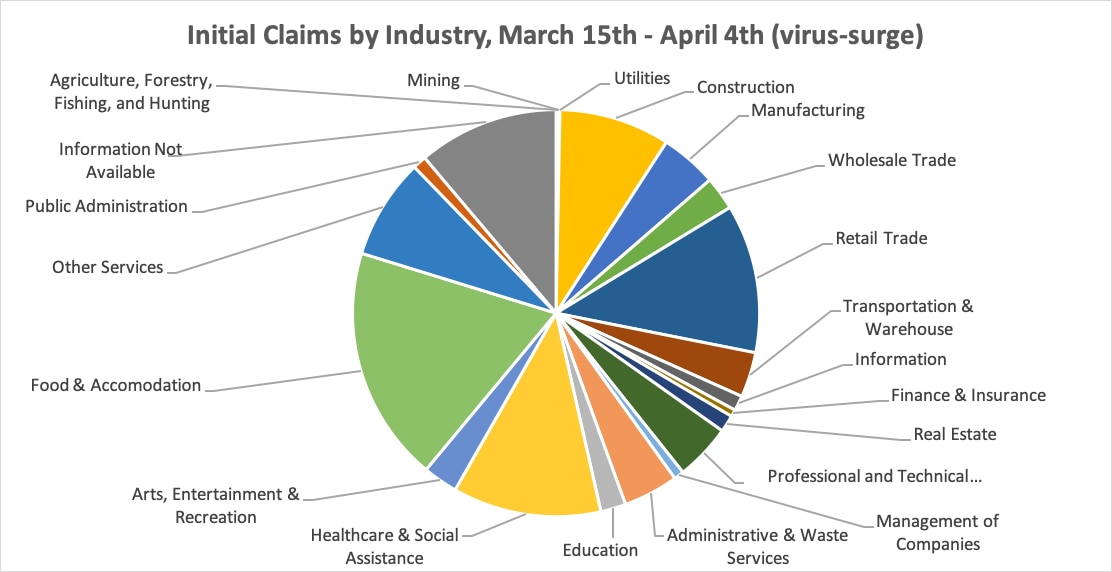