From April 5 to April 11, Massachusetts had 102,828 individuals file an initial claim for unemployment insurance. This represented a decrease of 26% over the previous week as most of the workers who have been laid off as a result of work closures related to COVID-19 have already filed claims in the previous weeks. Among the industries, Retail Trade, Food and Accommodation, and Health and Social Assistance continued to show the largest number of initial claims filed this week at 15,534, 12,634 and 12,597 respectively. Since March 15 there has been a total of 571,304 initial claims filed. In these past four weeks, Food and Accommodation accounted for 100,143 or 17.5% of these claims followed by Retail Trade with 70,751 or 12.4%.

Last week, the Department of Unemployment Assistance paid unemployment compensation to nearly 315,000 Massachusetts claimants. Over the last 4 weeks, the customer service staff at DUA has grown from around 50 employees to nearly 850. Since March 23rd they have made over 115,000 contacts to constituents through the remote call center. DUA has also been hosting daily unemployment town halls, in both English and Spanish, which have now been attended by over 175,000 constituents. 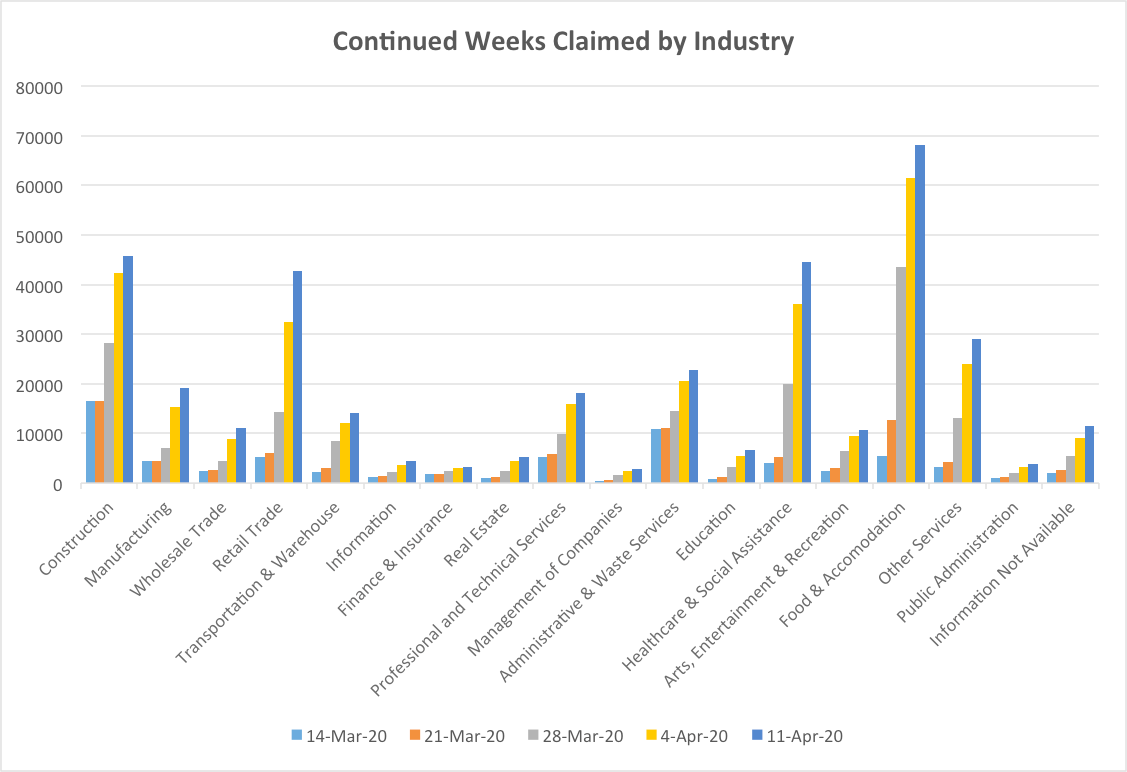 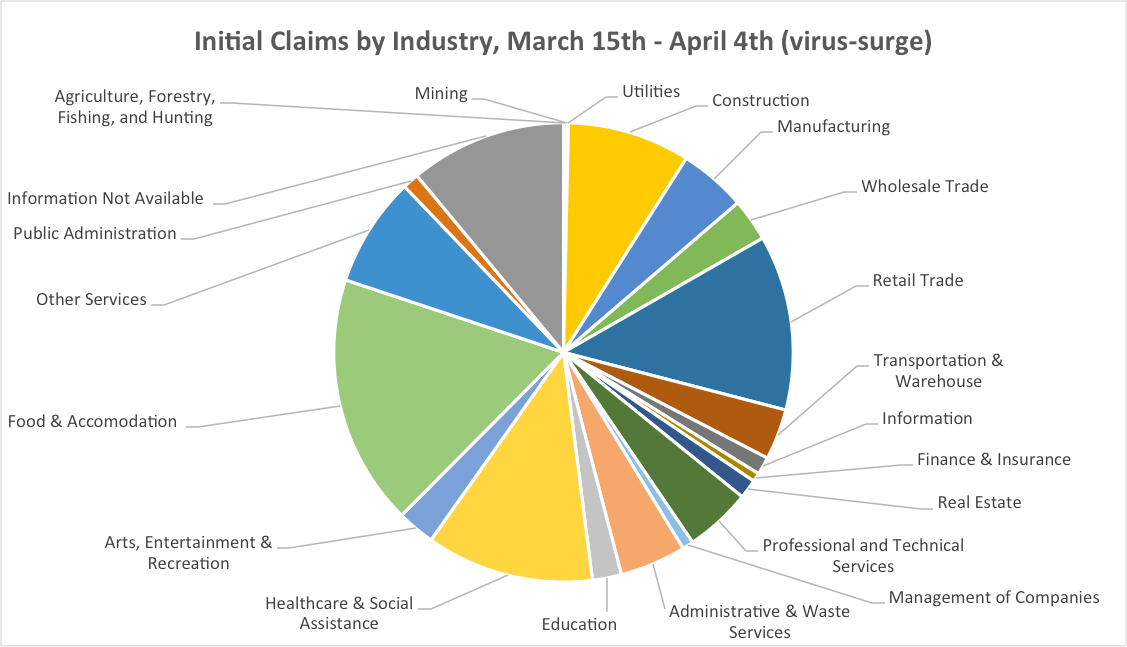 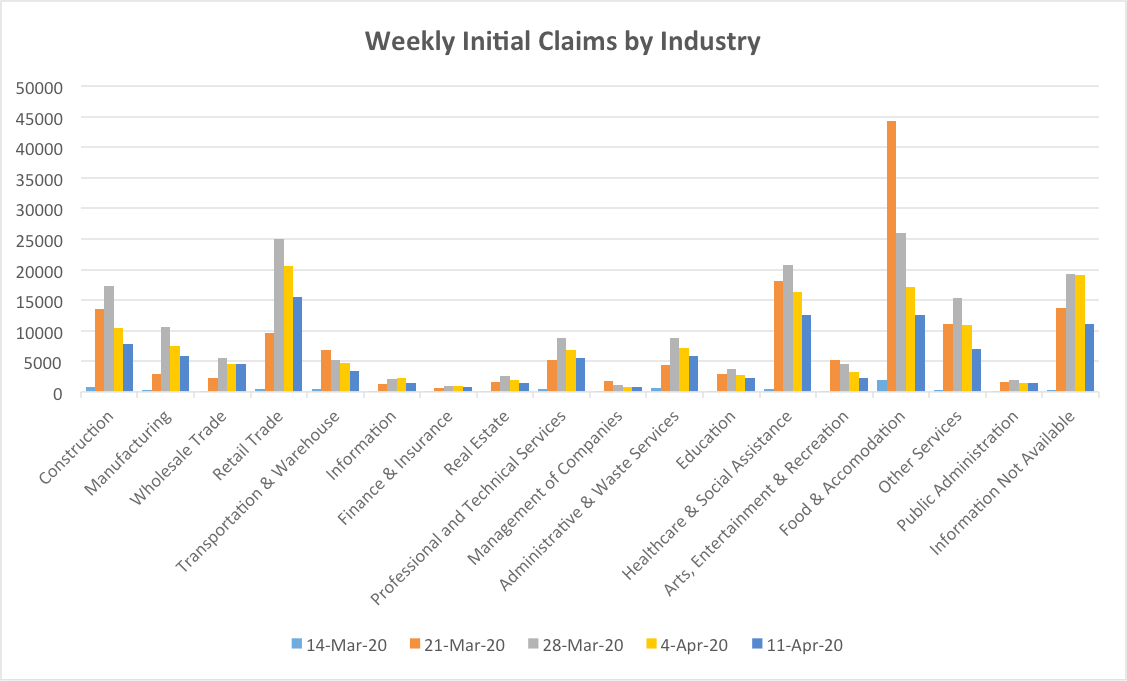