The Cares Act created a new temporary federal program called Pandemic Unemployment Assistance (PUA), which provides unemployment benefits to individuals who are self-employed, gig workers and those not covered by regular unemployment compensation. In the week of April 19 to April 25, there were a total of 171,598 PUA claims.

From March 15 to April 25, combining UI and PUA, Massachusetts had a total of 893,607 claims filed for unemployment insurance.

Over the last month, the customer service staff at DUA has grown from around 50 employees to over 1200. The remote customer service operation is now making over 25,000 individual contacts per day and DUA continues to host daily unemployment town halls, held in both English and Spanish, which have been attended by over 200,000 constituents. Massachusetts was one of the first states to successfully launch the Pandemic Unemployment Assistance program. Due to DUA's previous efforts to migrate their systems to the cloud, the first unemployment agency in the country to do so, the unemployment online platforms for both regular UI and PUA has maintained functionality throughout the surge in demand.

*Below data and graphs relate to standard Unemployment Insurance (UI) only 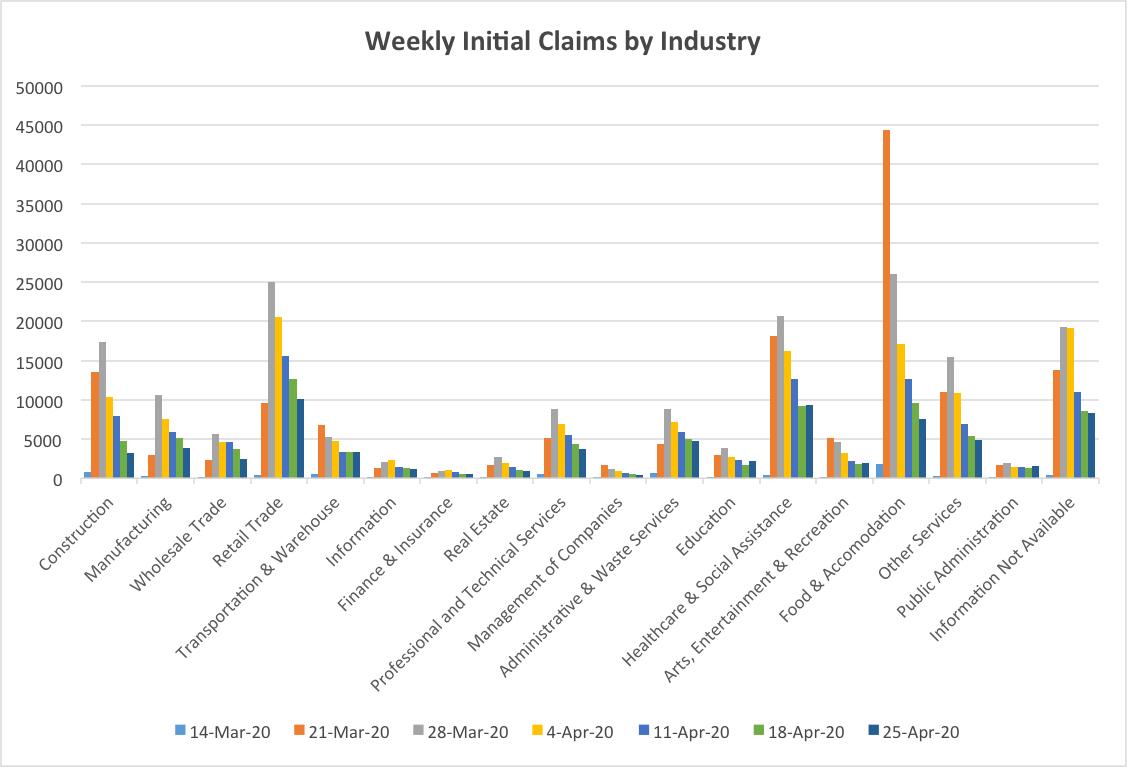 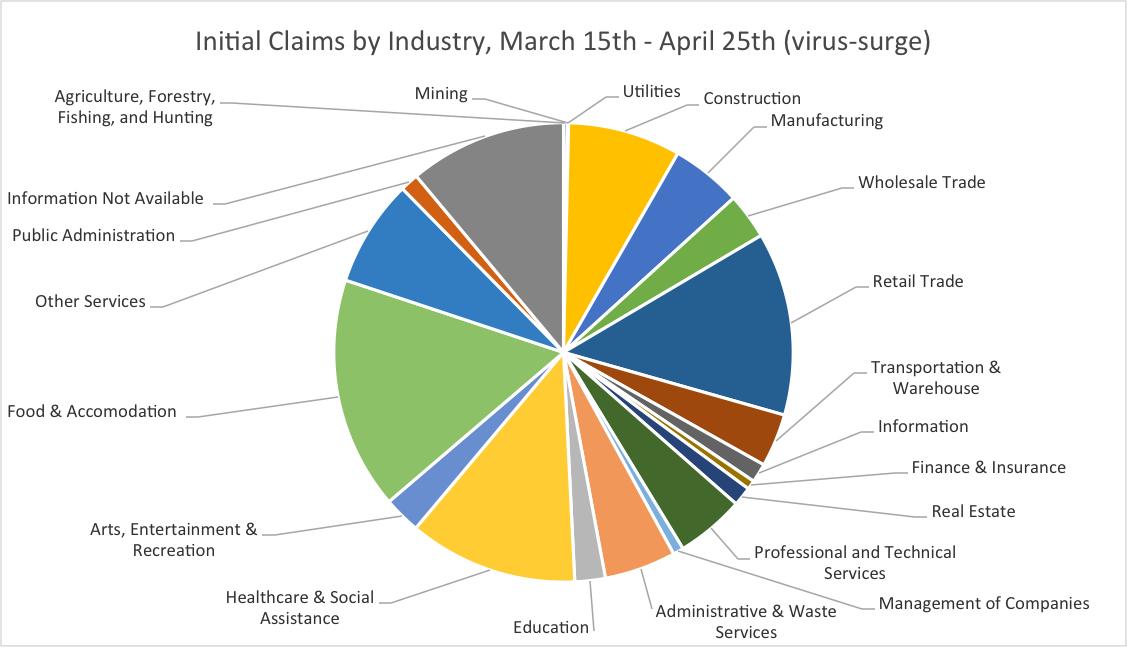 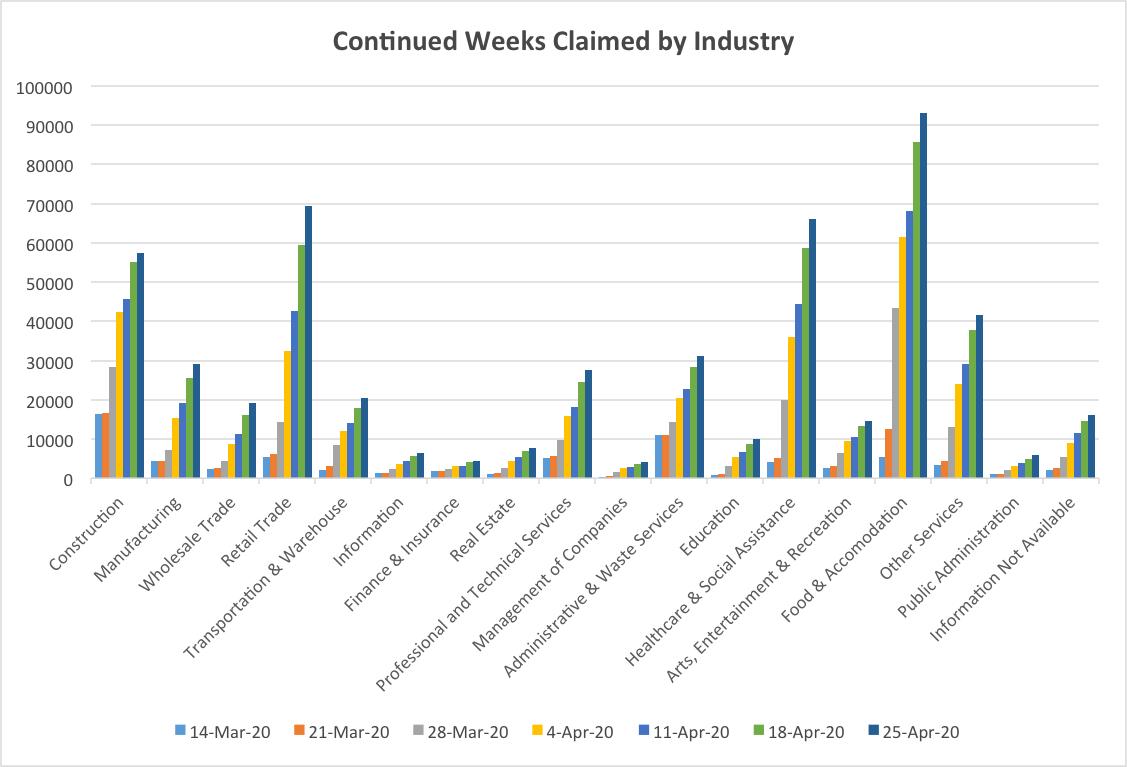 The tables below show the breakdown of regular unemployment insurance initial claims from March 15th – April 18th along gender, ethnicity, and race.