From December 27, 2020, to January 2, 2021, Massachusetts had 25,860 individuals file an initial claim for regular Unemployment Insurance (UI), an increase of 3,000 over the previous week. Due to seasonal factors, including employment changes after the Christmas shopping season and continued effect of schools’ holiday break, the largest increases in initial claim filings were seen in transportation and warehouse, up 790, retail trade, up 587, and food and accommodation, up 453. Since March 15, a total of 1,775,254 initial claims for regular UI have been filed.  Continued weeks claimed for the week ending December 26 at 157,845 were up by 5,263, or 3.4 percent more than the previous week, reflecting an expected seasonal increase.

There was a slight increase in filings to the Pandemic Unemployment Assistance (PUA) program. Initial claims filed for week ending January 2, at 4,724 were 184 claims less than the previous week.  A total of 908,688 claimants have filed an initial claim for the PUA since April 20, 2020.  PUA continued weeks claimed fell significantly to 332,819, which is their lowest level since the first week of the program.

The Pandemic Emergency Unemployment Compensation (PEUC), which provided up to 13 weeks of extended benefits, was implemented on May 21.  PEUC initial claims filed at 5,825 is a decrease of 1,930 over the previous week. Since implementation, PEUC filings now total 364,979.

The federal/state Extended Benefits (EB) program, which triggered on May 3 due to the high volume of claims, for the week ending January 2 had an estimated 16,900 claims filed, a decrease of about 2,295 claims over the previous week. Since the week of September 6, the first week EB claims were filed, a total of about 84,800 individuals filed an EB initial claim. A finalized count of this week’s EB claims will be presented next week. 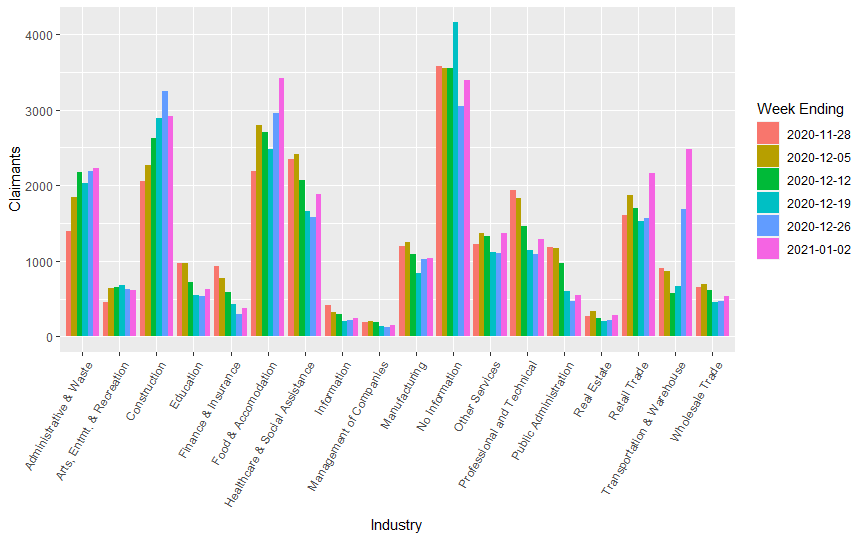 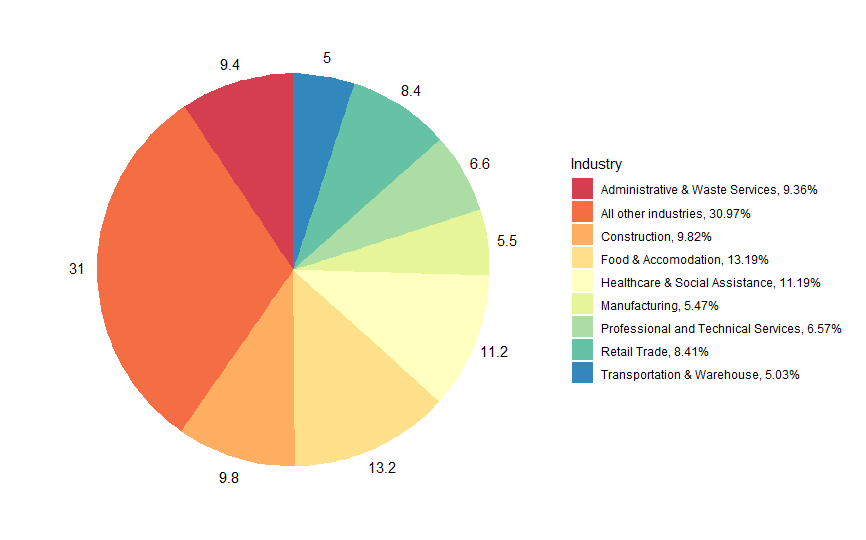 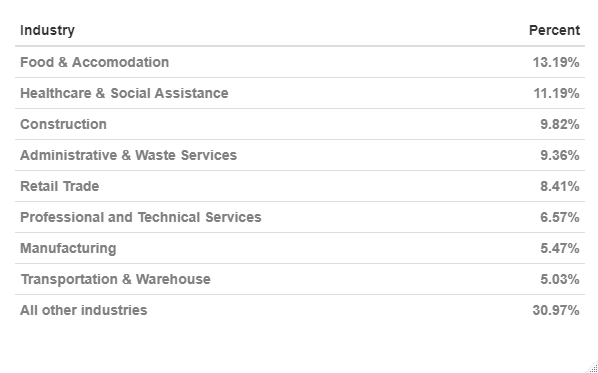 Here we present the breakdown by gender, ethnicity, and race of continued claims for Regular UI between March 8th and December 26th: 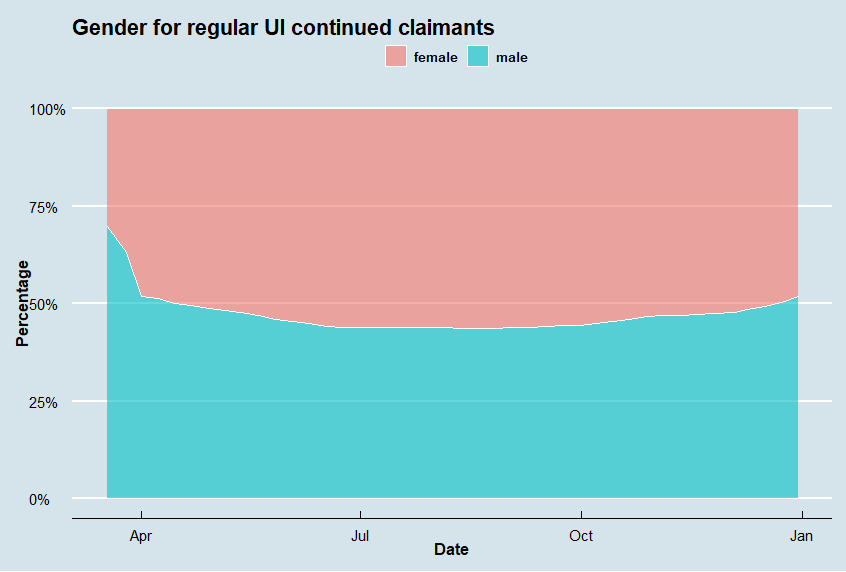 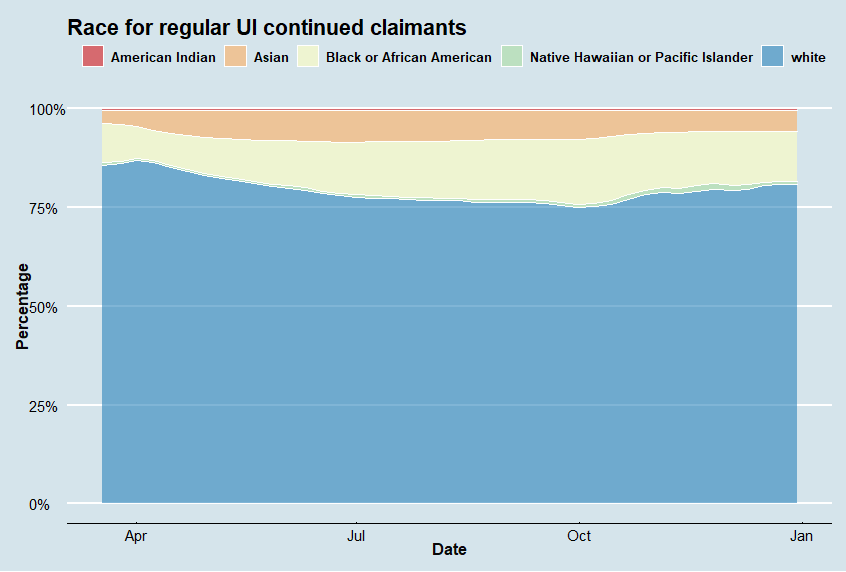 Here we present the breakdown by gender, ethnicity, and race of continued claims for the PEUC and EB programs, which cover the long term unemployed, between May 31st and December 26th 2020: 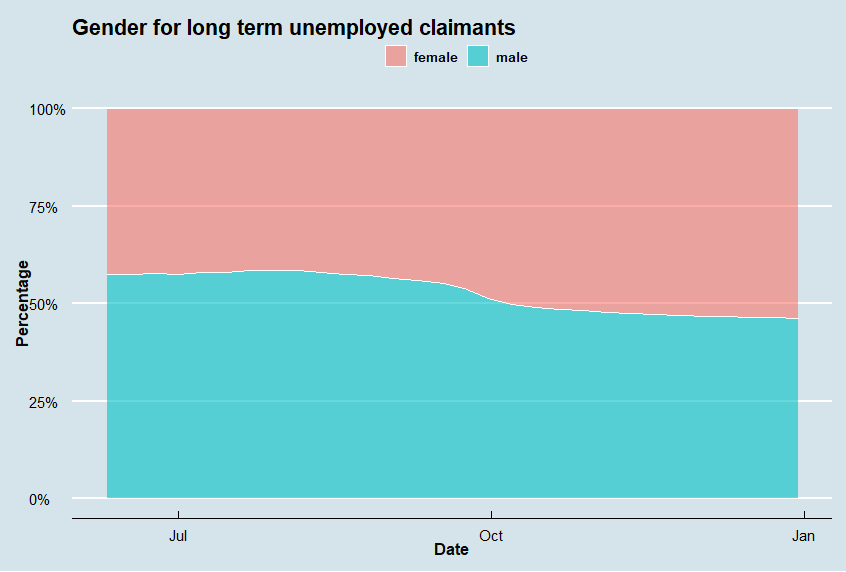 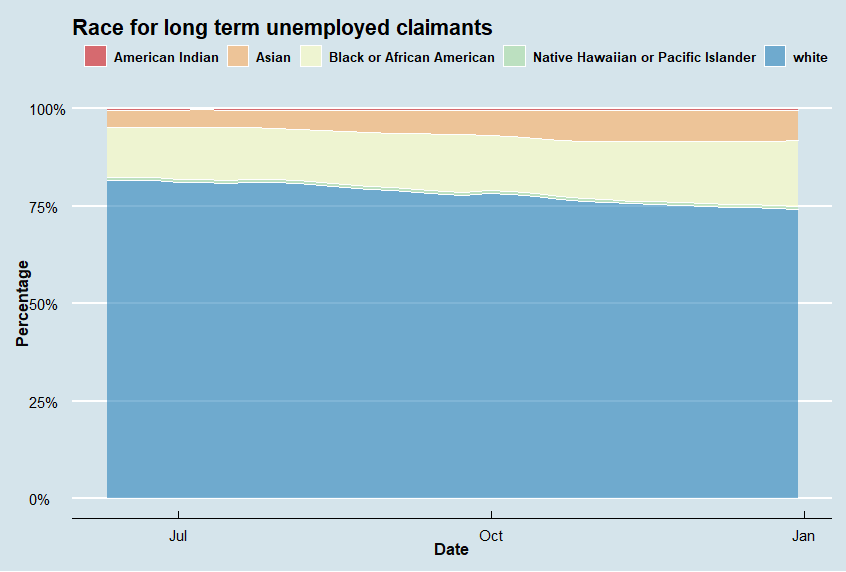