Massachusetts had 20,783 individuals file an initial claim for regular Unemployment Insurance (UI) for the week ending January 23, 2021, a decrease of 4,702 over the previous week. Decreases in initial claim filings were seen in almost all the sectors. The largest decreases in filings were seen in Food and Accommodation, down 769; the Information Not Available sector (either lacking industry or employer information), 526 less; Professional and Technical Services, 377 fewer; and Retail Trade which decreased by 366.  Since March 15, a total of 1,852,615 initial claims for regular UI have been filed.  Continued weeks claimed for the week ending January 23 at 164,526 were only 216 less than the previous week.

From January 17 to January 23, the Pandemic Unemployment Assistance (PUA) program had 5,491 initial claims filed, a decrease of 860 over the previous week.  A total of 925,200 claimants have filed an initial claim for the PUA since April 20, 2020.  Following the previous week large increase due to the Continued Assistance Act, PUA continued weeks claimed for the week ending January 23, leveled off at 356,008, a decrease of 159,905.

The Pandemic Emergency Unemployment Compensation (PEUC), which provided up to 13 weeks of extended benefits, was implemented on May 21.  PEUC initial claims filed at 6,240 was a decrease of 956 over the previous week. Since implementation, PEUC filings now total 388,545.

The federal/state Extended Benefits (EB) program, which triggered on May 3 due to the high volume of claims, for the week ending January 23 had 12,031 initial claims filed, down 2,757 from the previous week.  As claimants continued to exhaust their PEUC claims, EB continued weeks claimed from January 17 to January 23 increased to 108,489, up 9,502 from the previous week. 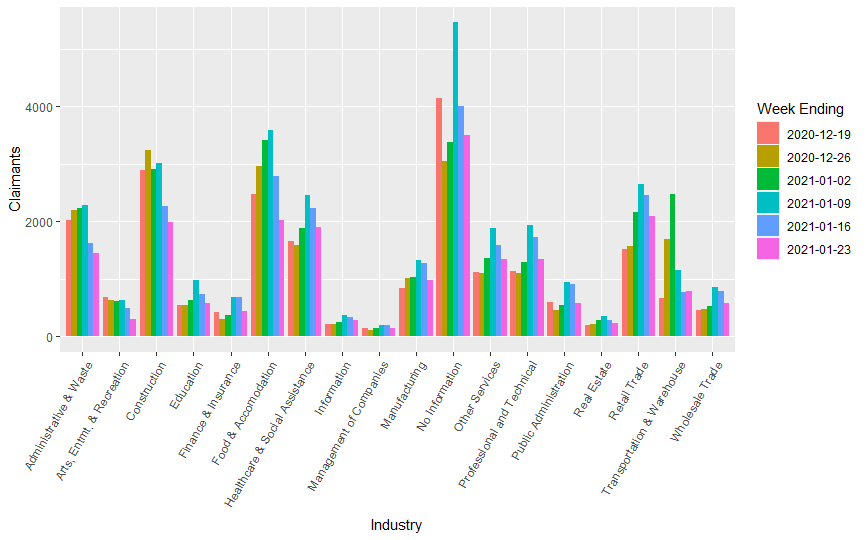 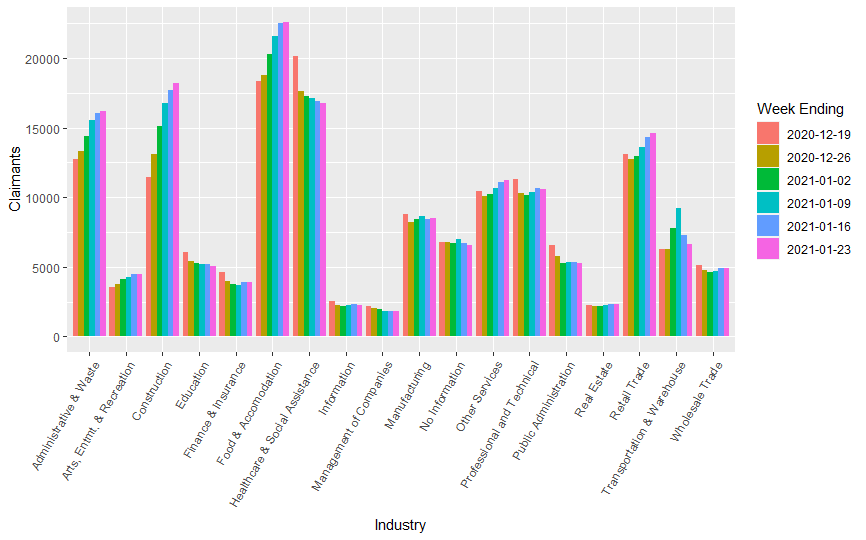 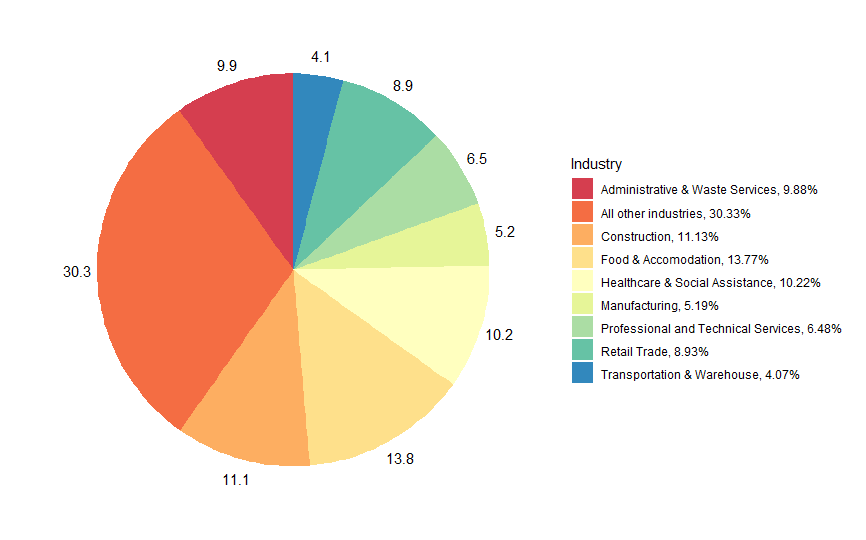 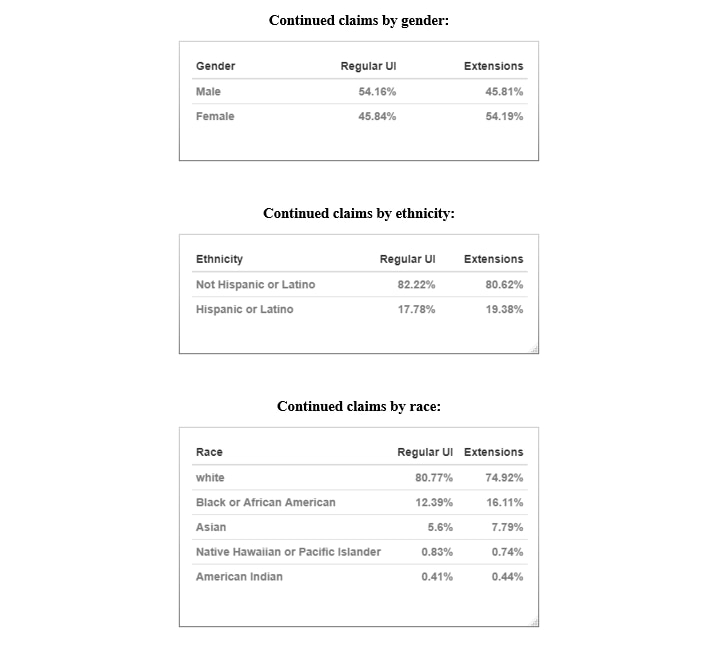 Here we present the breakdown by gender, ethnicity, and race of continued claims for Regular UI between March 8th and January 16th, 2021: 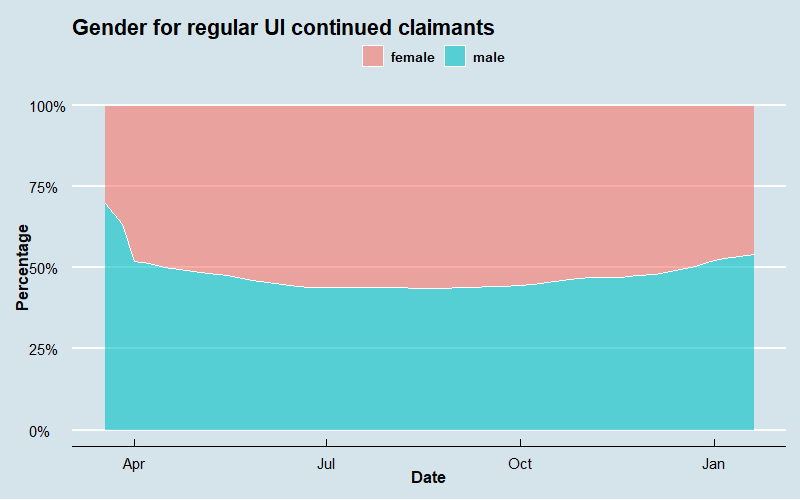 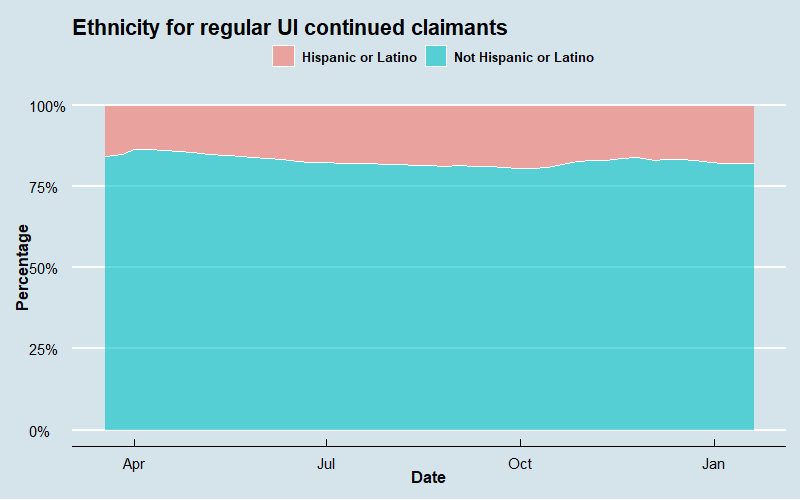 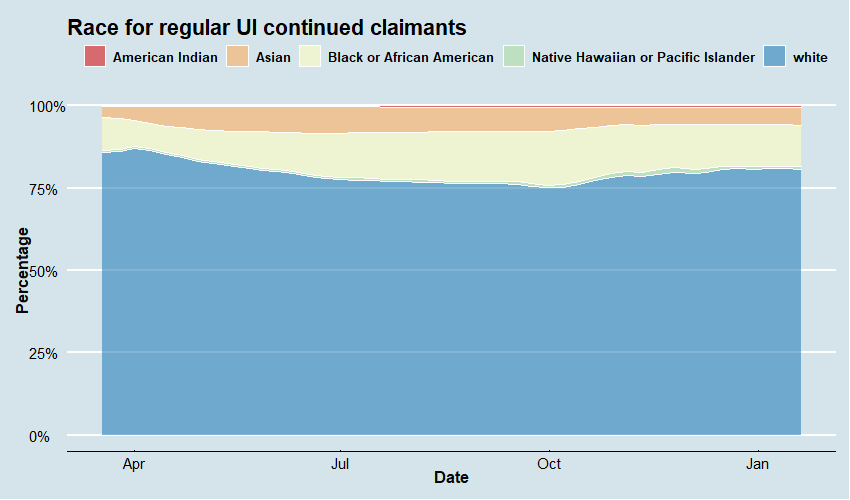 Here we present the breakdown by gender, ethnicity, and race of continued claims for the PEUC and EB programs, which cover the long term unemployed, between May 31st and January 16th, 2021: 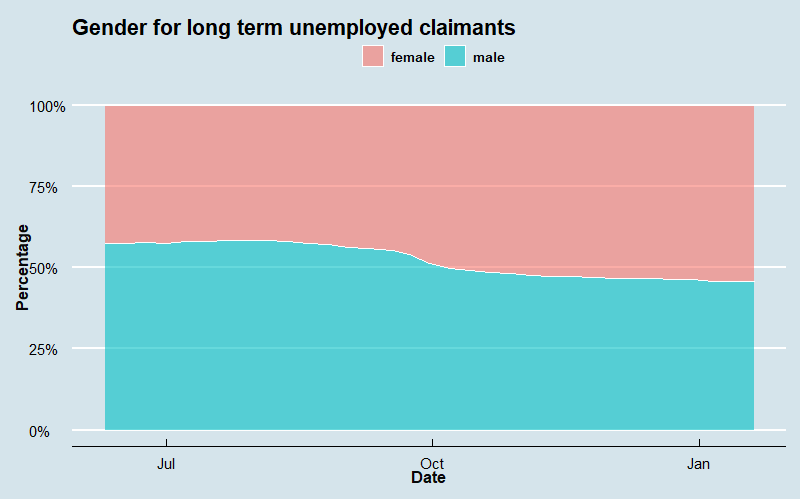 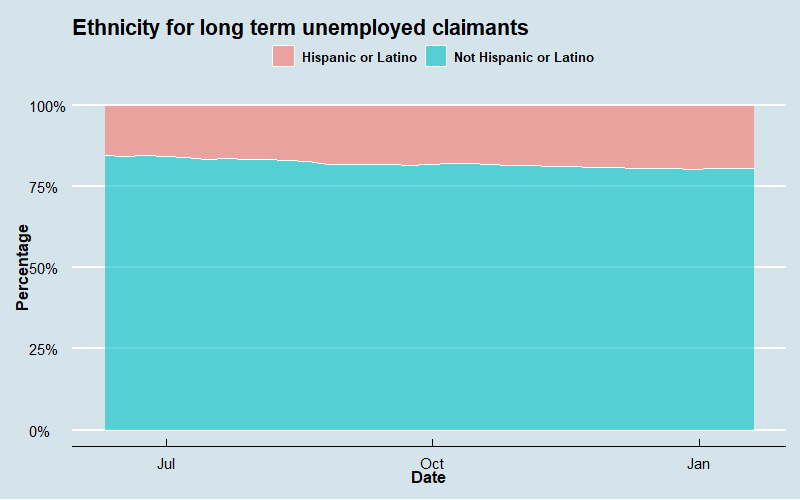 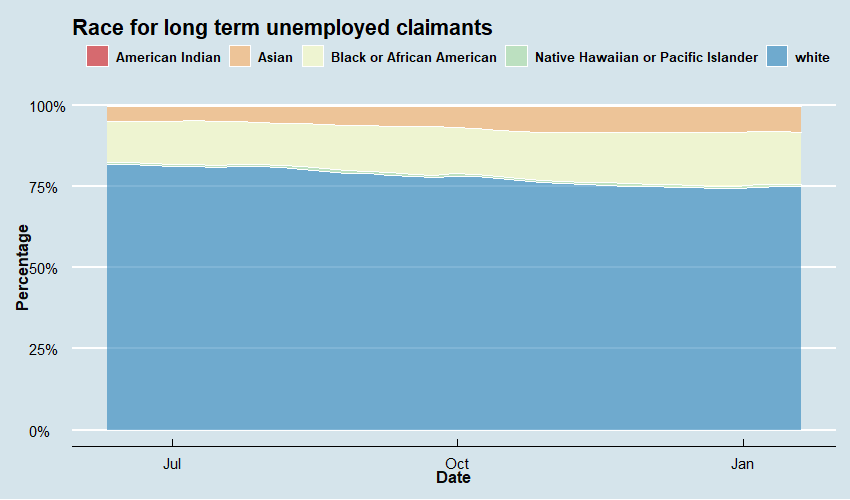