From January 24 to January 30, Massachusetts had 19,702 individuals file an initial claim for regular Unemployment Insurance (UI), a decrease of 1,081 over the previous week.  Decreases in initial claim filings were widespread among all the sectors.  The largest decreases in filings were seen in Food and Accommodation, down 246; Retail Trade, 212 less; Health Care and Social Assistance, 133 fewer; and Transportation and Warehouse which decreased by 124.  Since March 15, a total of 1,875,317 initial claims for regular UI have been filed.  Continued weeks claimed for the week ending January 30 at 162,319 were 2,207 less than the previous week.  Initial claims filed and continued weeks claimed showed decreases for the third consecutive week.

The Pandemic Unemployment Assistance (PUA) program for the week ending January 30, had 4,433 initial claims filed, a decrease of 1,058 over the previous week.  A total of 929,633 claimants have filed an initial claim for the PUA since April 20, 2020.  For the second consecutive week, PUA continued weeks claimed decreased and at 314,419 were 41,589 less.

The Pandemic Emergency Unemployment Compensation (PEUC), which provided up to 13 weeks of extended benefits, was implemented on May 21.  PEUC initial claims filed at 5,640 was 600 less than the previous week. Since implementation, PEUC filings now total 394,185.  PEUC continued weeks claimed at 103,695 for the week ending January 30 is at its lowest level since late September 2020. 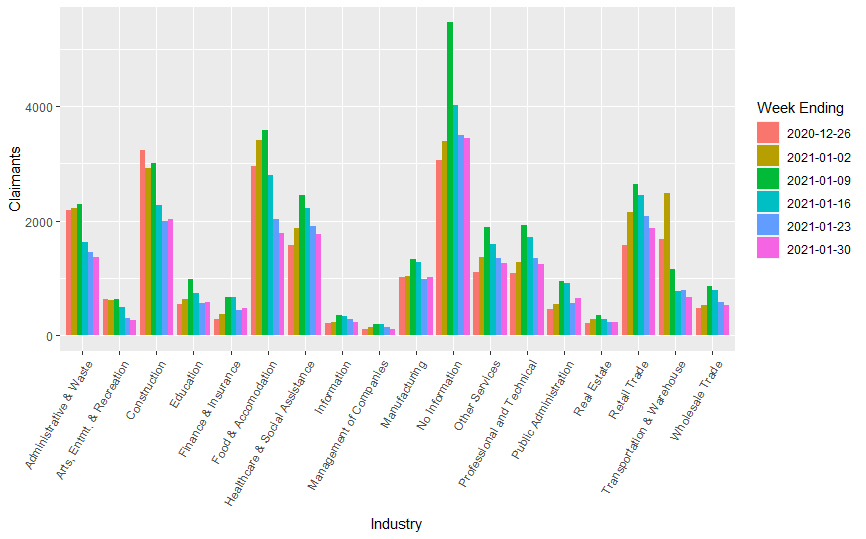 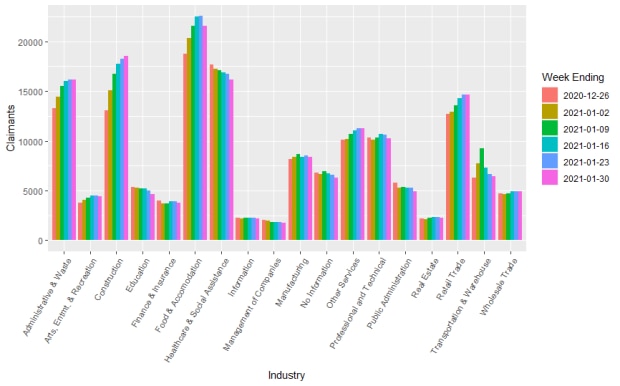 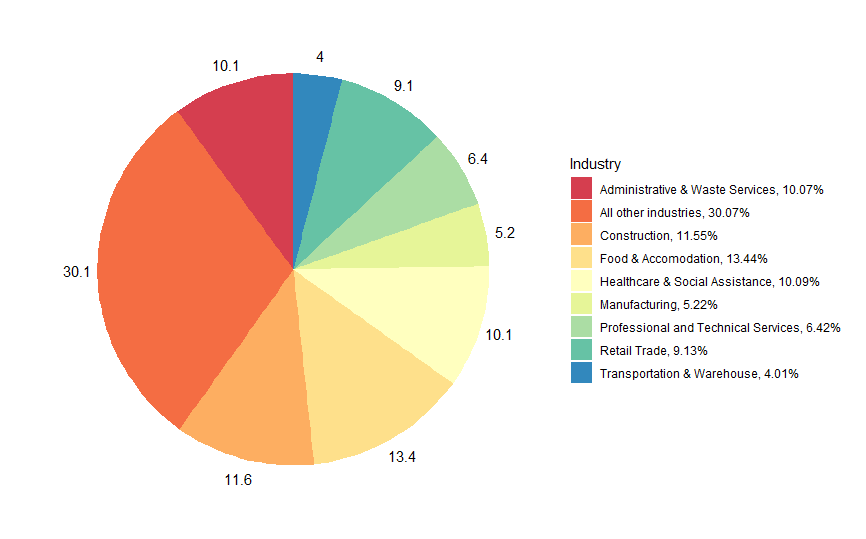 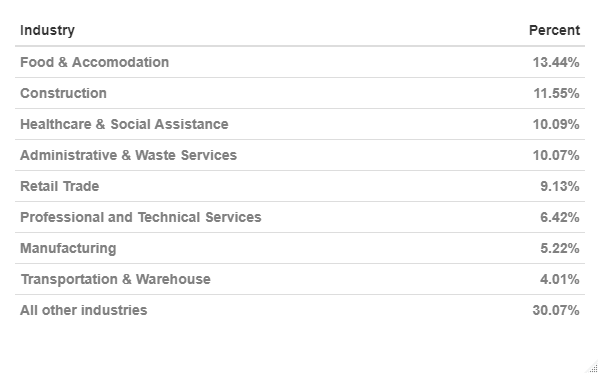 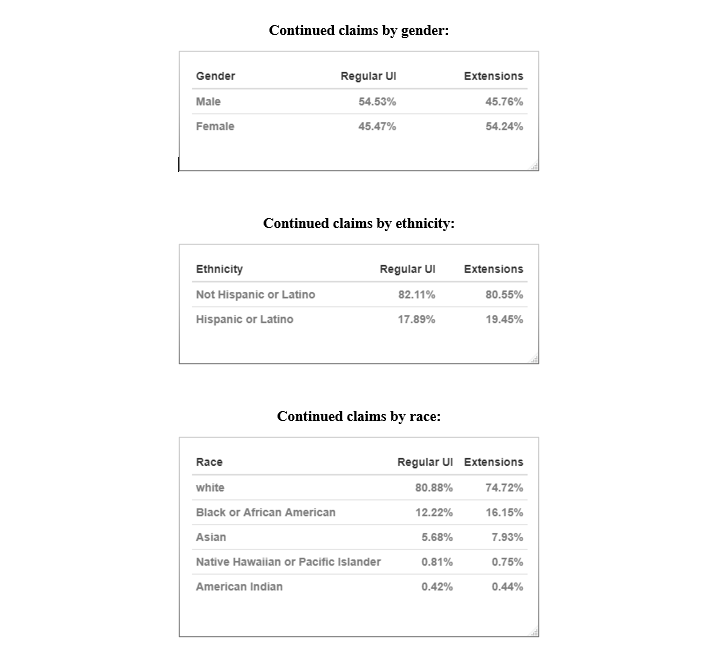 Here we present the breakdown by gender, ethnicity, and race of continued claims for Regular UI between March 8th and January 23rd, 2021: 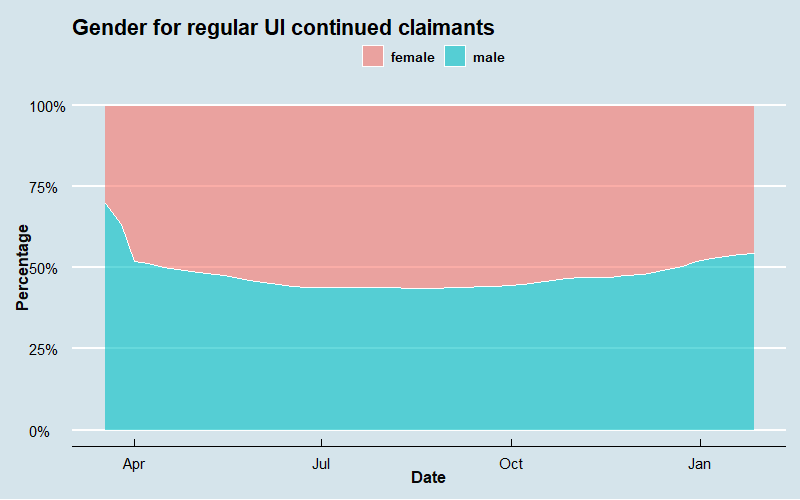 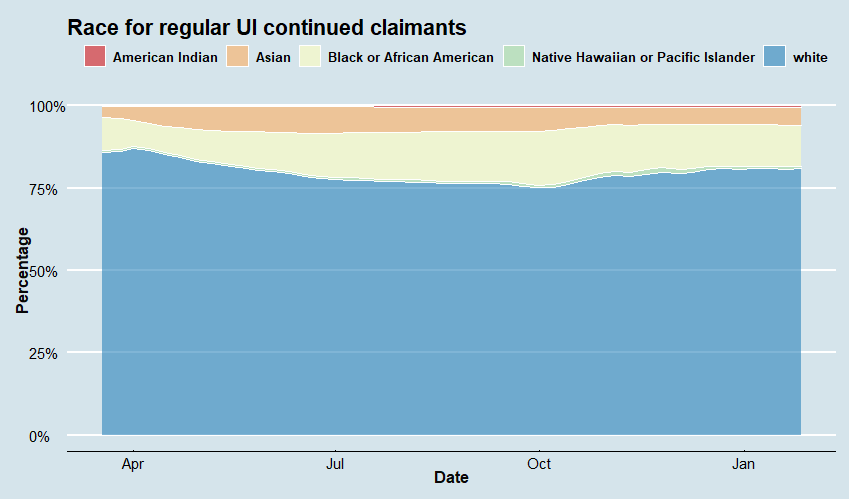 Here we present the breakdown by gender, ethnicity, and race of continued claims for the PEUC and EB programs, which cover the long term unemployed, between May 31st and January 23rd, 2021: 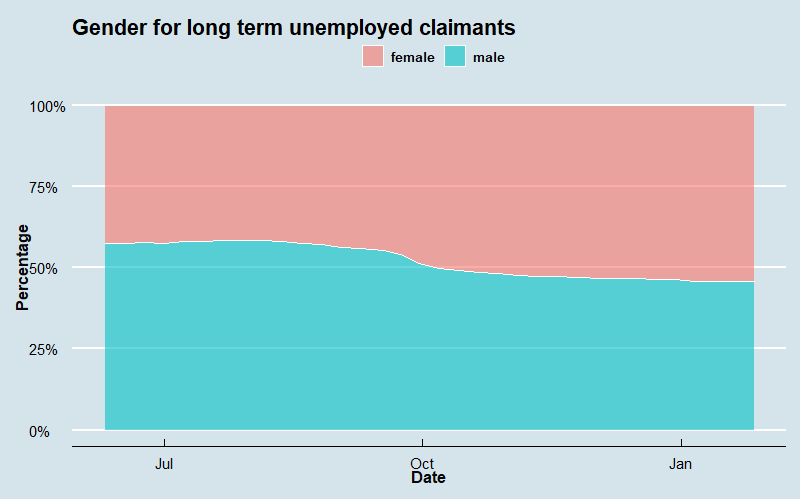 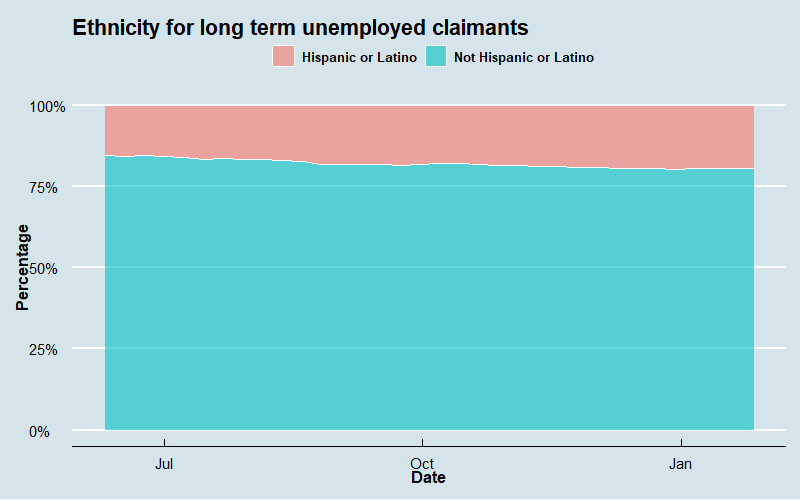 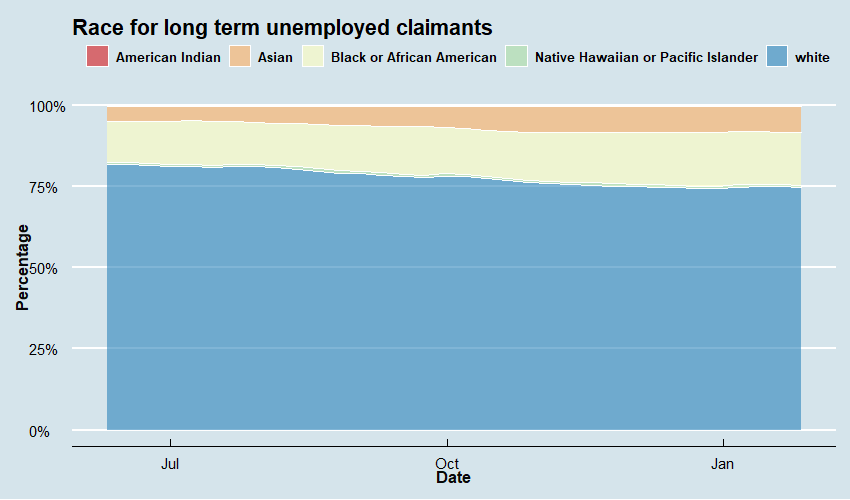