For the week ending March 6, Massachusetts had 15,951 individuals file an initial claim for regular Unemployment Insurance (UI), an increase of 1,922 from the previous week.  Increases in initial claims filings were widespread among all sectors.  The largest decreases in filings were seen in Information Not Available (either lacking employer or industry information), up 2,046; Retail Trade, up 134; and Manufacturing, up 111 claims.  Seasonal decreases in filings were seen in Transportation and Warehouse, down 545; and Construction, down 165 claims.  Since March 15, a total of 1,954,706 initial claims for regular UI have been filed.  Continued weeks claimed for the week ending March 6, at 141,545 decreased by 9,436 over the previous week.

The Pandemic Emergency Unemployment Compensation (PEUC), which provided up to 13 weeks of extended benefits, was implemented on May 21.  PEUC initial claims filed at 4,967 for the week ending March were just 20 less than the previous week. Since implementation, PEUC filings now total 421,693.  PEUC continued weeks claimed were down to 79,615 a decrease of 4,023 over the previous week.

The federal/state Extended Benefits (EB) program, which triggered on May 3 due to the high volume of claims, for the week ending March 6 had 1,272 initial claims filed and 44,927 continued weeks claimed. 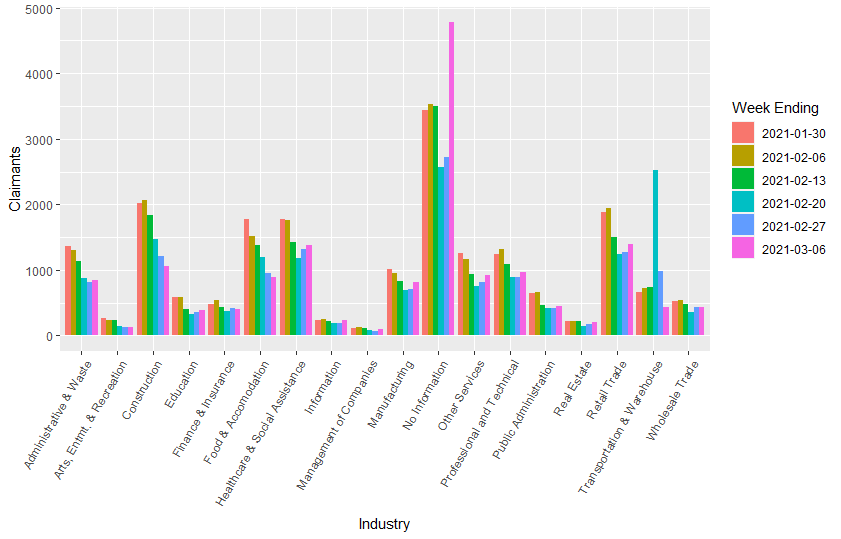 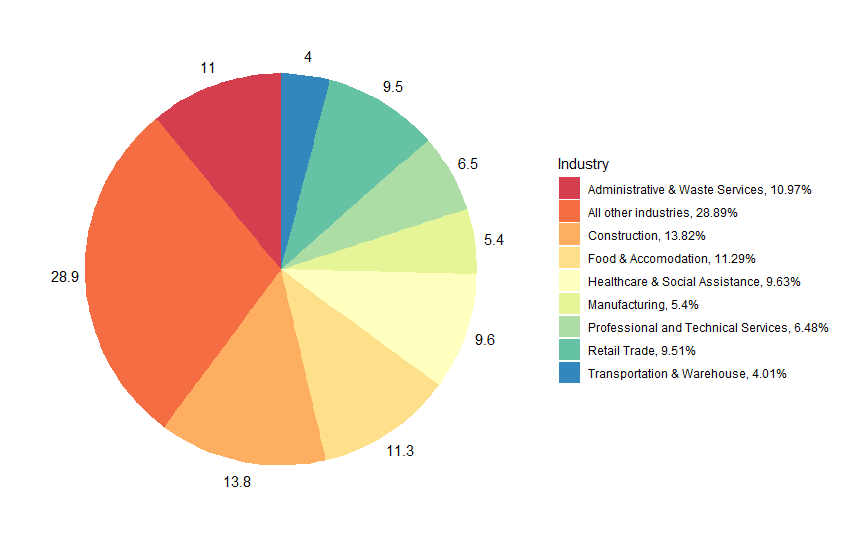 Here we present the breakdown by gender, ethnicity, and race of continued claims for Regular UI between March 8th and February 27th, 2021: 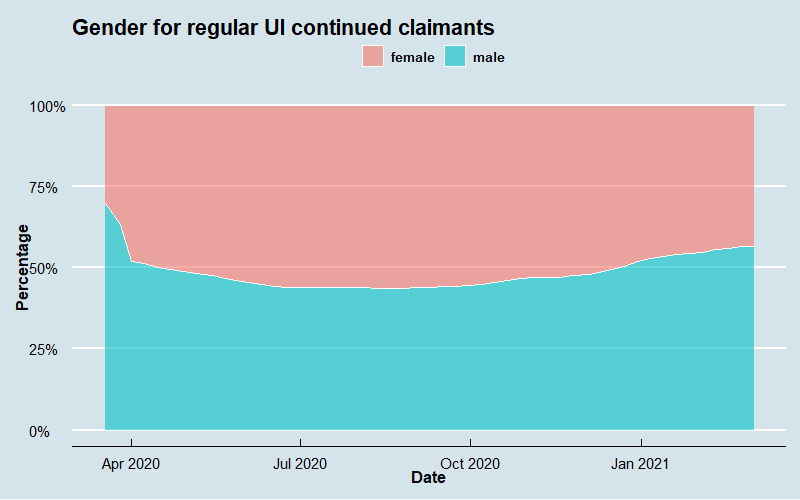 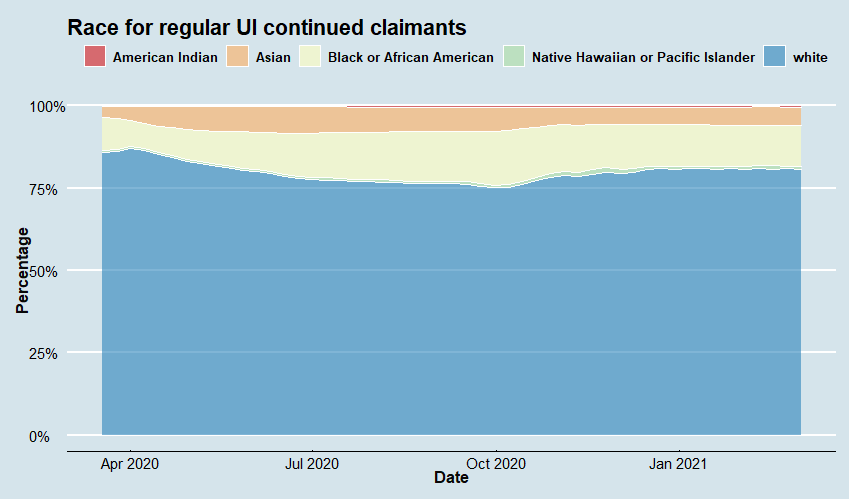 Here we present the breakdown by gender, ethnicity, and race of continued claims for the PEUC and EB programs, which cover the long term unemployed, between May 31st and February 27th, 2021: 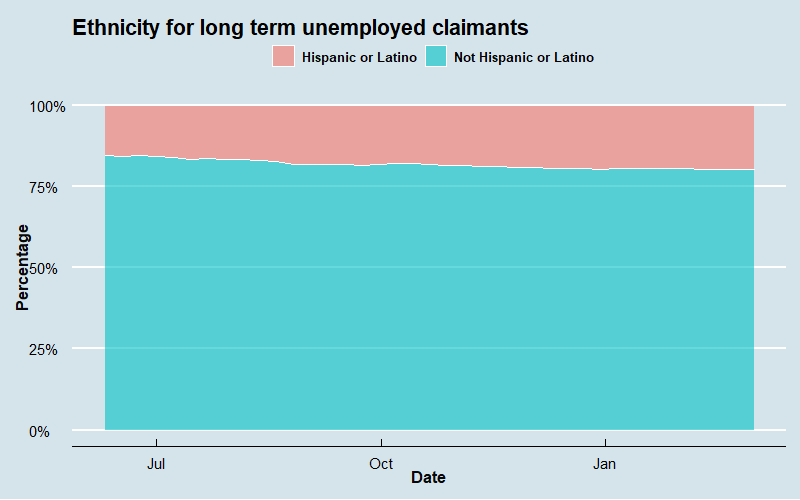