From April 11 to April 17, Massachusetts had an estimated 12,917 individuals file an initial claim for regular Unemployment Insurance (UI), a decrease of 1,543 from the previous week as the economy continues to rebound and public health restrictions loosen.  Decreases were seen in almost all sectors, with the largest decreases in initial claim filings seen in Health & Social, down 251; Other Services, also down 251; and Food & Accommodation, down 248. There was an increase of 166 for initial claims without information on industries.  (Please note that due to a system processing error, initial claims filings for regular UI for the current and prior week are estimated values and included here as reported to the Employment and Training Administration.  The corrected values will be provided when they become available.)  Continued weeks claimed for the week ending April 10, at 96,337, decreased by 7,990 over the previous week, the seventh consecutive week of decline.

The Pandemic Emergency Unemployment Compensation (PEUC), which provided up to 13 weeks of extended benefits, was implemented on May 21, 2020.  PEUC initial claims filed at 9,847 for the week ending April 17 were 2,985 less than the previous week.  PEUC continued weeks claimed increased by 3,839 to 222,385.

The federal/state Extended Benefits (EB) program, which first triggered on May 3, 2020 due to the high volume of claims, for the week ending April 17 had 485 initial claims filed and 4,931 continued weeks claimed. 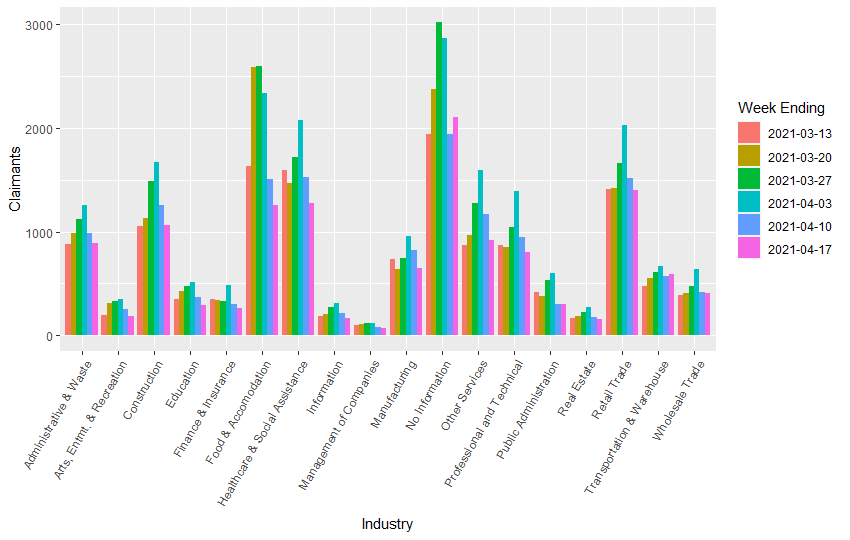 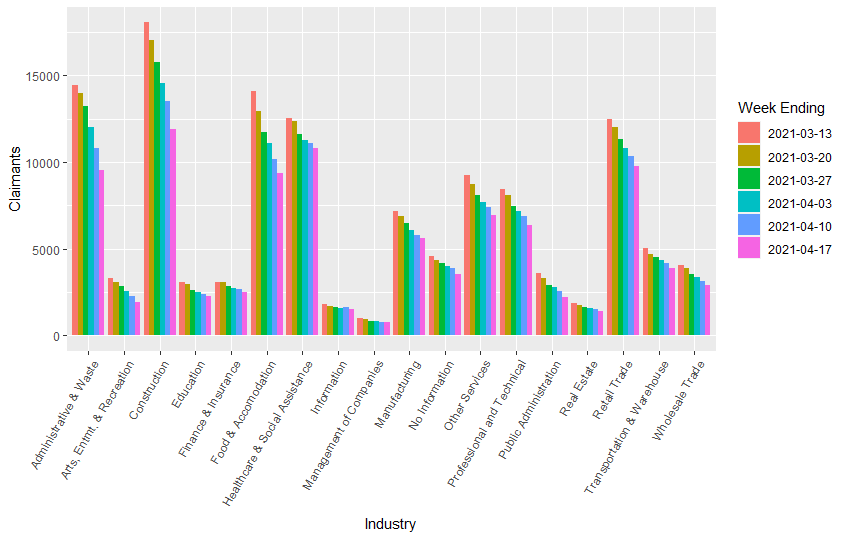 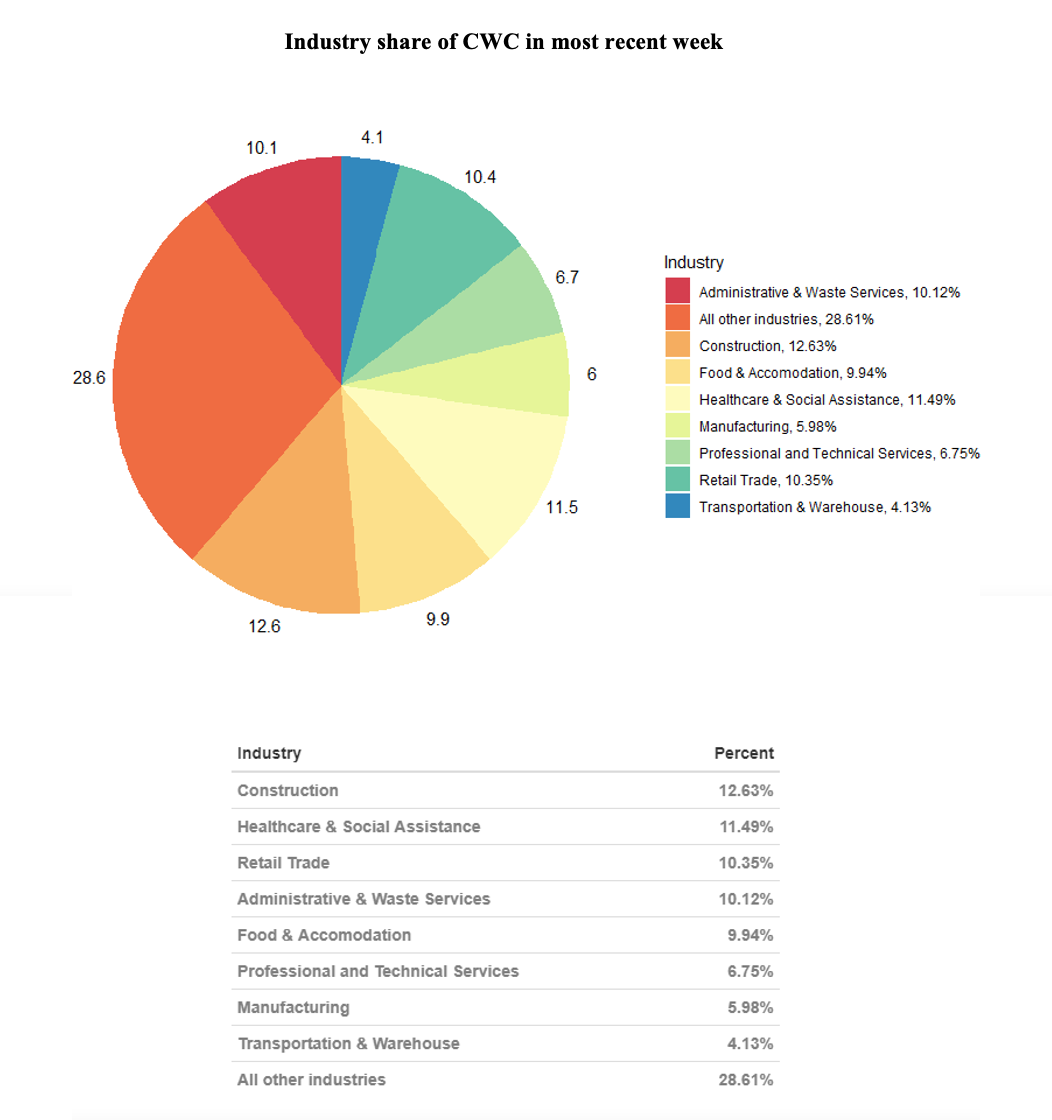 Below we present demographic statistics on ethnicity, gender, and race for all those claimants who filed for a continued week in the period prior to the above information. This is to say that because of the timing of data availability, the below statistics reflect continued weeks claimed in the week ending April 10th rather than the week ending April 17th. All demographic information is presented as a percentage of claimants who responded, excluding claimants for whom the information was not available. 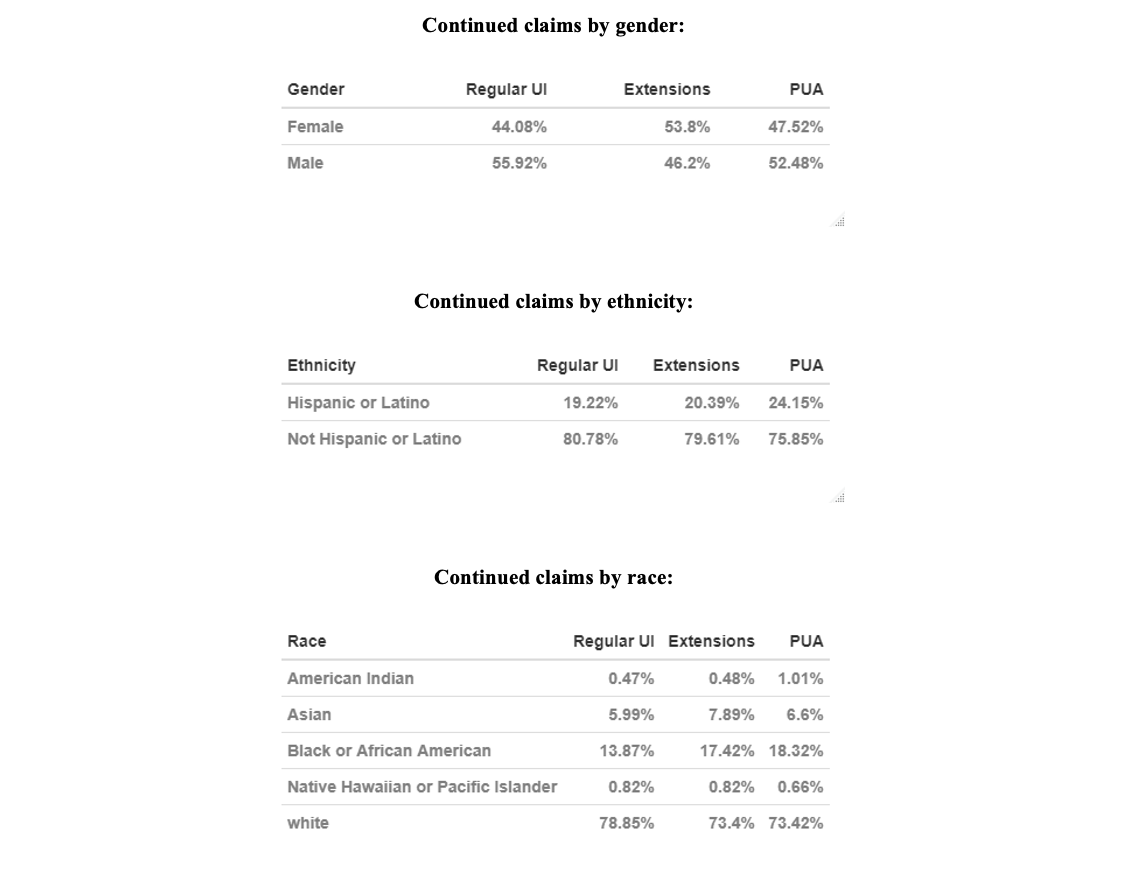 Here we present the breakdown by gender, ethnicity, and race of continued claims for Regular UI between March 8th, 2020 and April 10th, 2021: 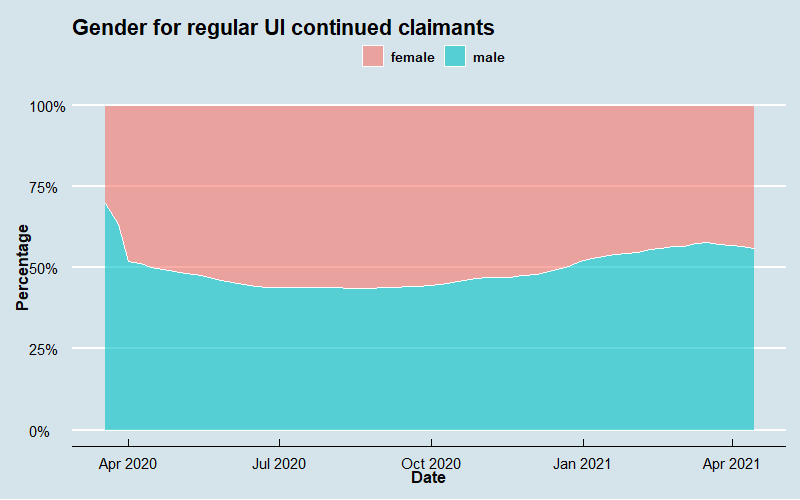 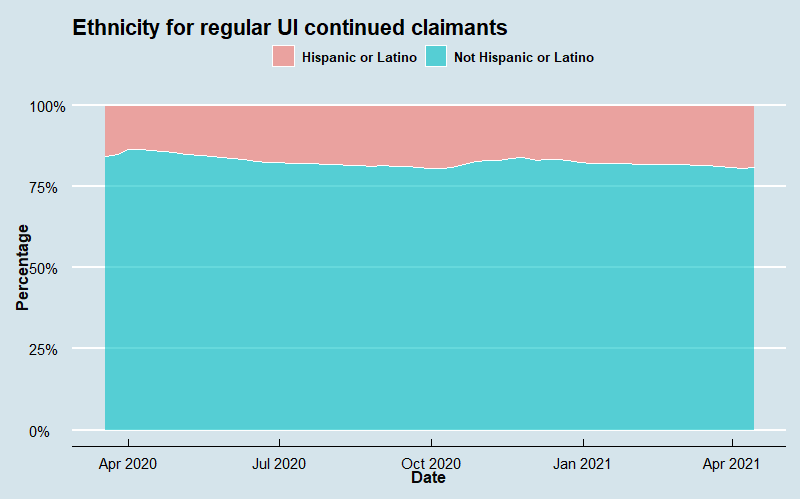 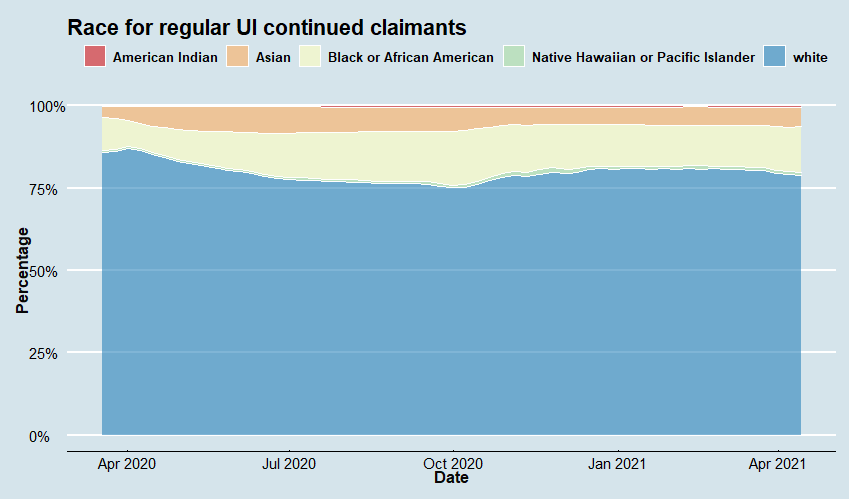 Here we present the breakdown by gender, ethnicity, and race of continued claims for the PEUC and EB programs, which cover the long term unemployed, between May 31st, 2020 and April 10th, 2021: 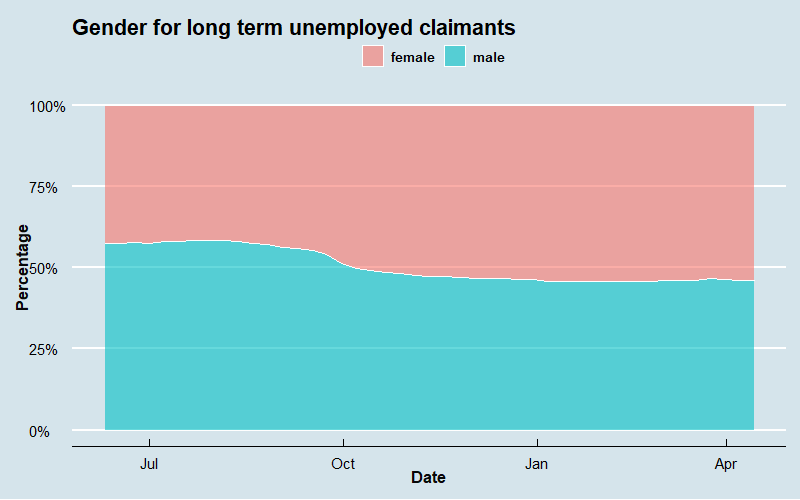 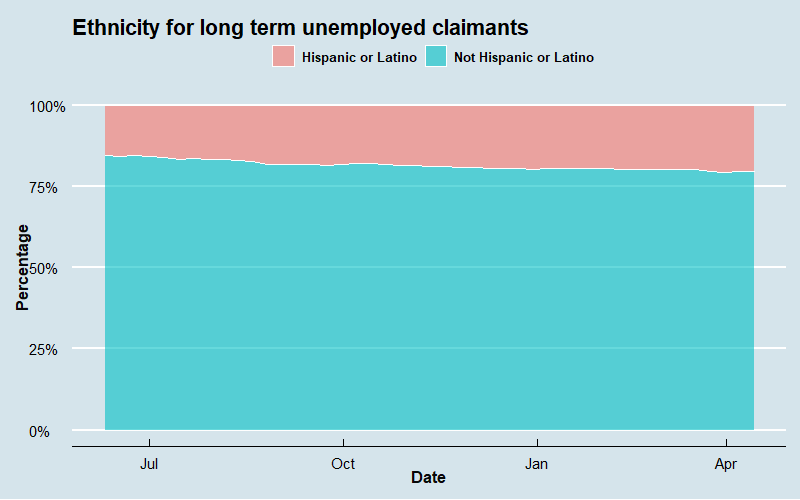 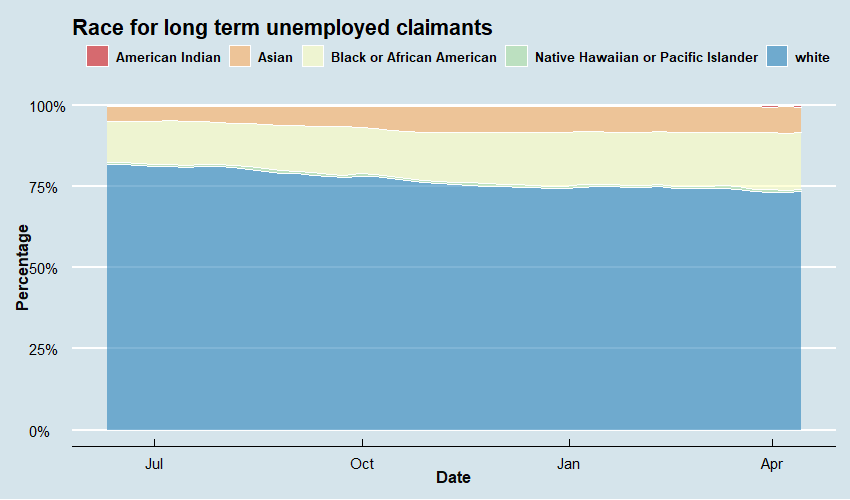