For week ending June 26, Massachusetts had an estimated 10,814 individuals file an initial claim for regular Unemployment Insurance (UI), an increase of 2,994 claims from the previous week primarily due to schools closing for summer vacation.  Affected by the school closings for the summer include: Transportation and Warehouse, up 1,869; Public Administration, up 524; Food and Accommodation, up 188; and Health Care and Social Assistance, up 110 claims.  (Please note that due to a system processing error, initial claims filings for regular UI for the current and prior week are estimated values and included here as reported to the Employment and Training Administration.  The corrected values will be provided when they become available.)  Continued weeks claimed for week ending June 26 decreased by just 462 as the first wave of individuals affected by the summer closings of schools filed for their weekly benefits.

From June 20 to June 26, the Pandemic Unemployment Assistance (PUA) program had 1,055 initial claims filed, an increase of 130 claims from the previous week.  PUA continued weeks claimed for week ending June 26 decreased by 6,922 to 217,168.

The federal/state Extended Benefits (EB) program, from June 20 to June 26, had 247 initial claims filed and 1,628 continued weeks claimed, a decrease of 257 from the previous week. 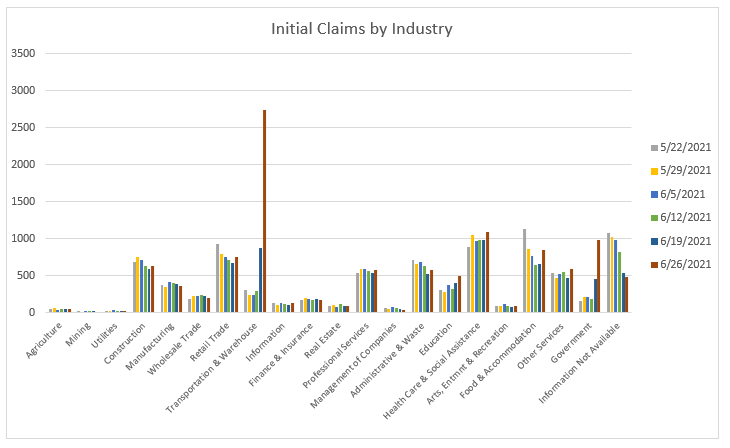 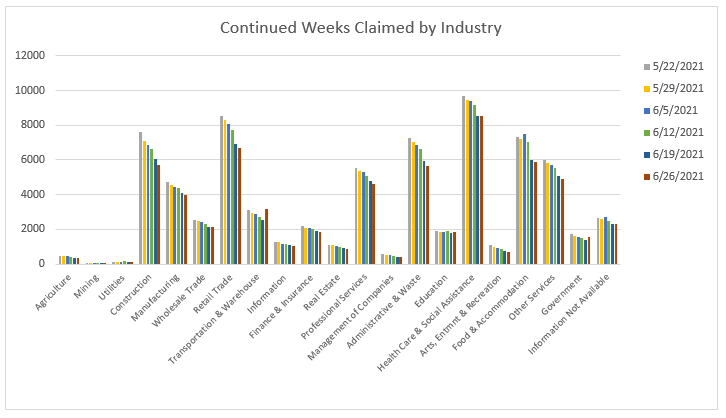 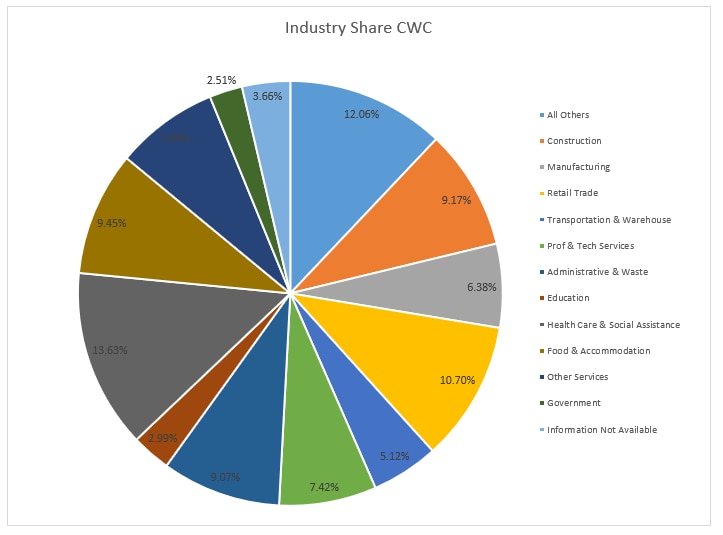 Below we present demographic statistics on ethnicity, gender, and race for all those claimants who filed for a continued week in the period prior to the above information. This is to say that because of the timing of data availability, the below statistics reflect continued weeks claimed in the week ending June 19th rather than the week ending June 26th. All demographic information is presented as a percentage of claimants who responded, excluding claimants for whom the information was not available. 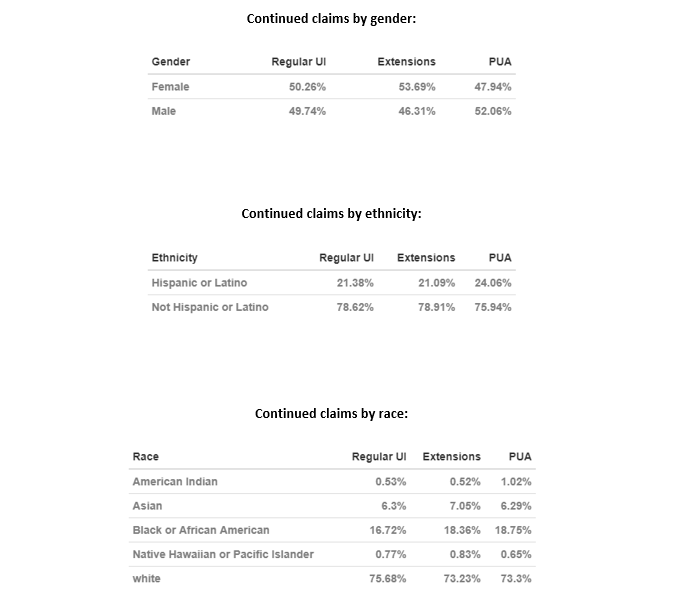 Here we present the breakdown by gender, ethnicity, and race of continued claims for Regular UI between March 8th, 2020 and June 19th, 2021: 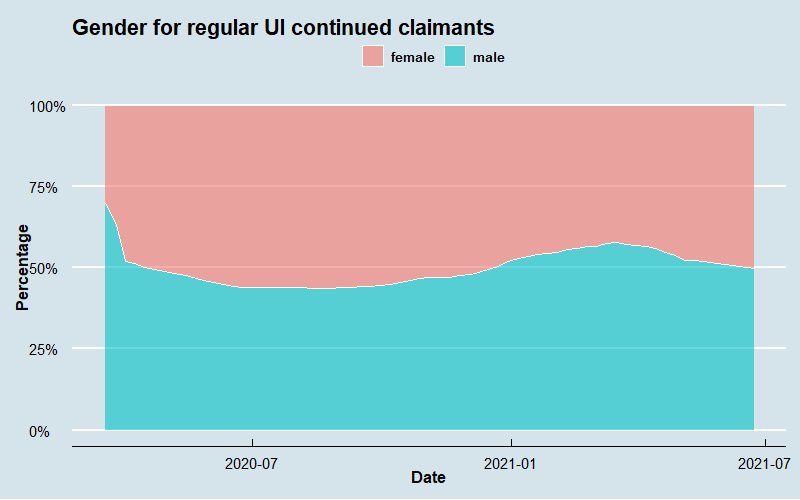 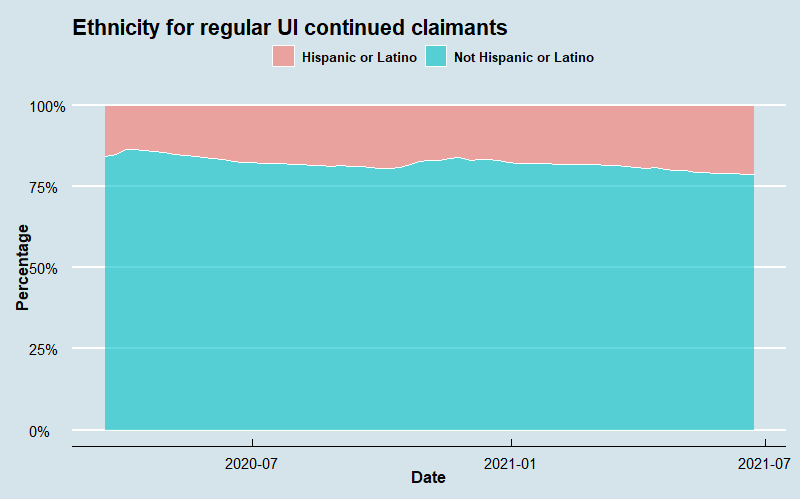 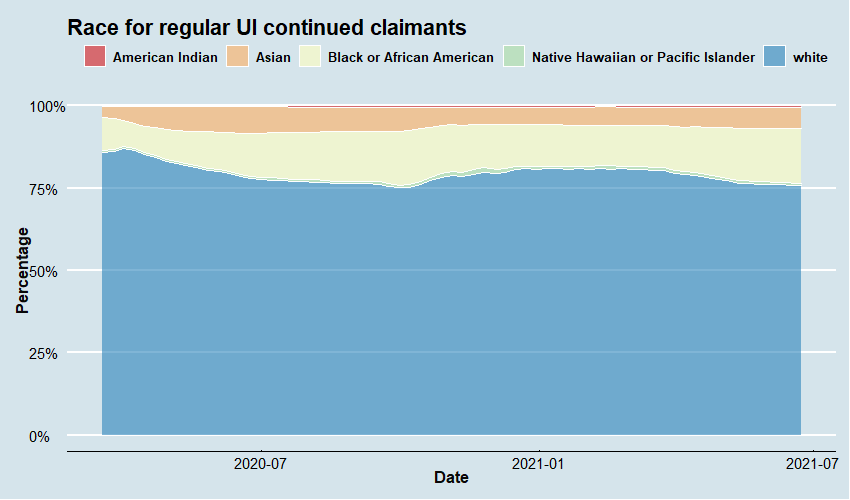 Here we present the breakdown by gender, ethnicity, and race of continued claims for the PEUC and EB programs, which cover the long term unemployed, between May 31st, 2020 and June 19th, 2021. 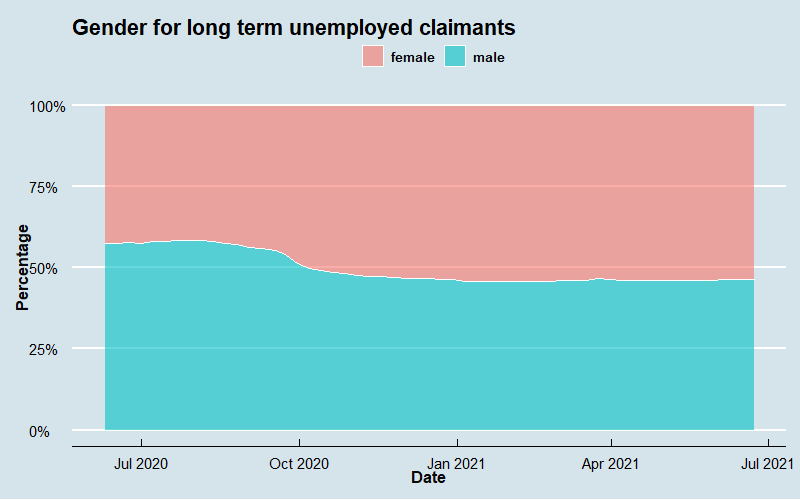 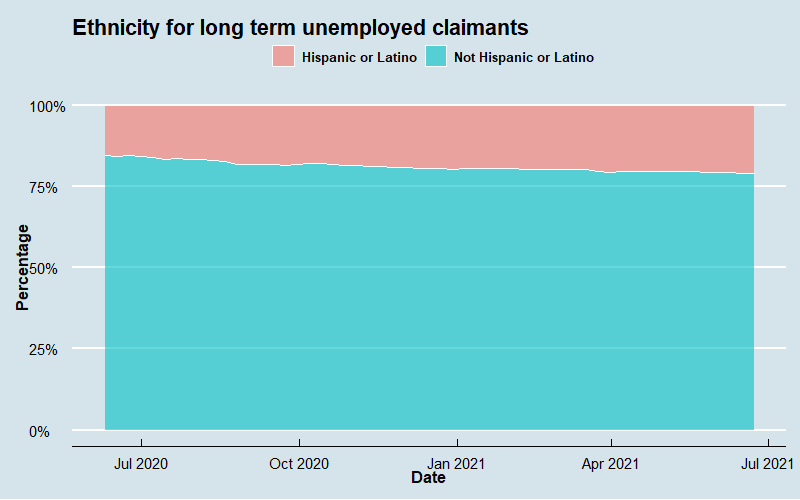 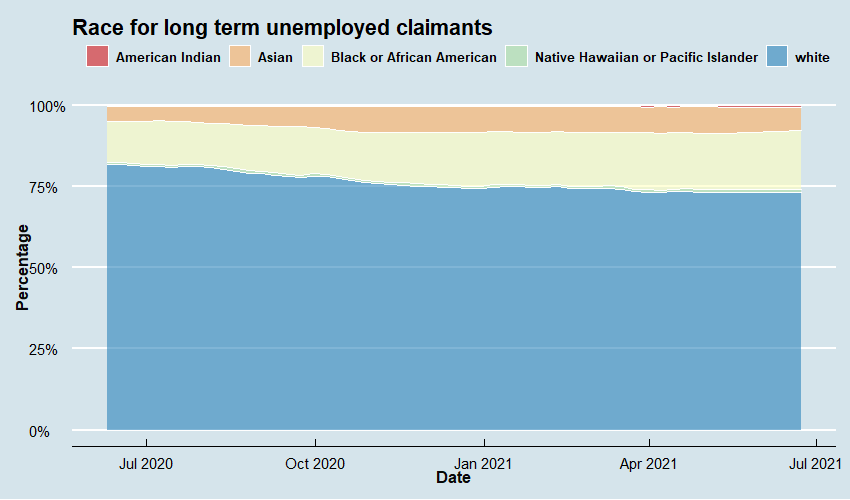 Here we present the breakdown by gender, ethnicity, and race of continued claims for the PUA program, which covers the self-employed and others not eligible for traditional unemployment insurance, between April 19th, 2020 and June 19th, 2021: 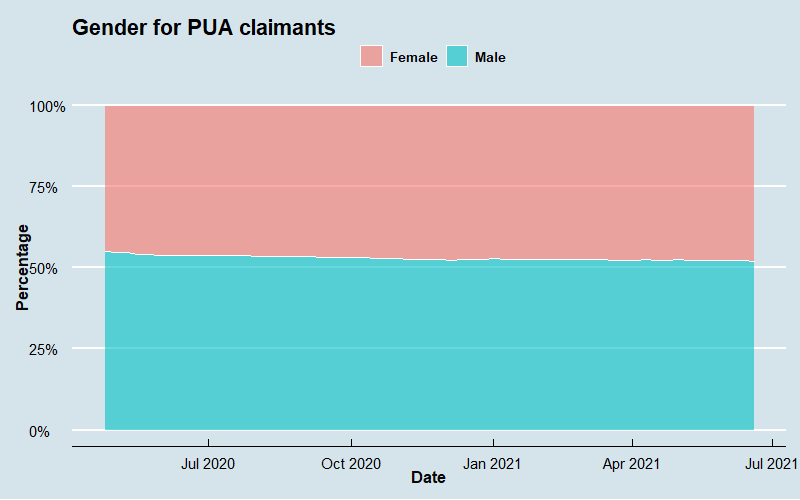 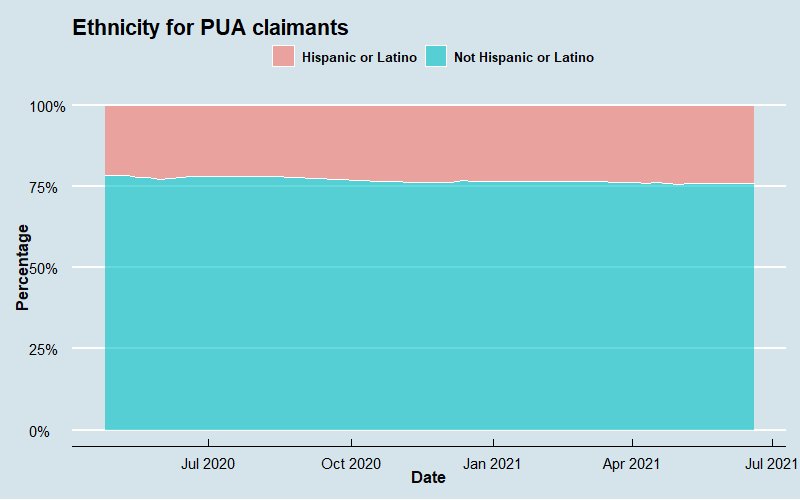 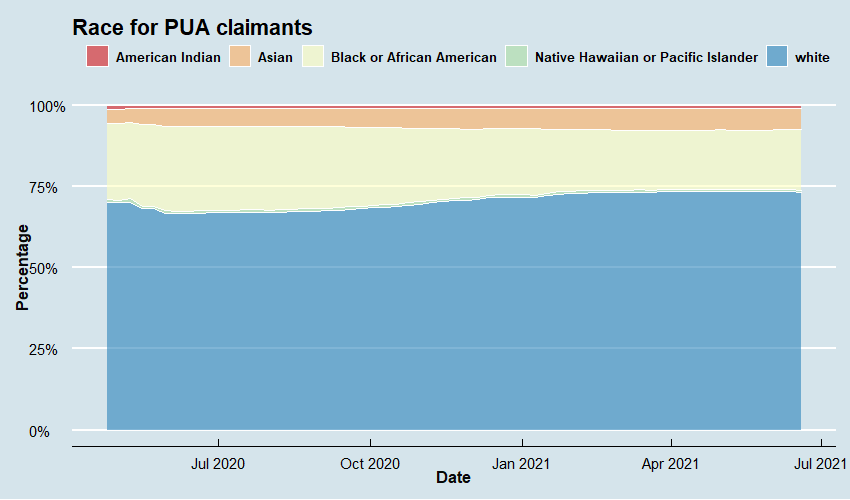