From October 11 to October 17, Massachusetts had 44,498 individuals file an initial claim for regular Unemployment Insurance (UI) an increase of 5,460 over the previous week. This is the fifth week in a row of increasing initial claims filings.  Increases were seen in almost all sectors.  Known industries with the highest increase in filings were Professional and Technical Services, up 674; Finance and Insurance, 671 higher; and Manufacturing, plus 510.  The highest over the week increase of 1,498 filings occurred in the sector with no industry information available. A total of 1,421,775 initial claim for regular UI have been filed since March 15.  Continued weeks claimed for week ending October 17, at 244,989, were down 15,492 or 5.9 percent over the previous week.

The Pandemic Emergency Unemployment Compensation (PEUC), which provided up to 13 weeks of extended benefits, was implemented on May 21.  For the week ending October 17, 18,133 initial claims were filed, a decrease of 4,237 over the previous week, the third consecutive week of declining PEUC filings. Since implementation, PEUC filings now total 255,062. 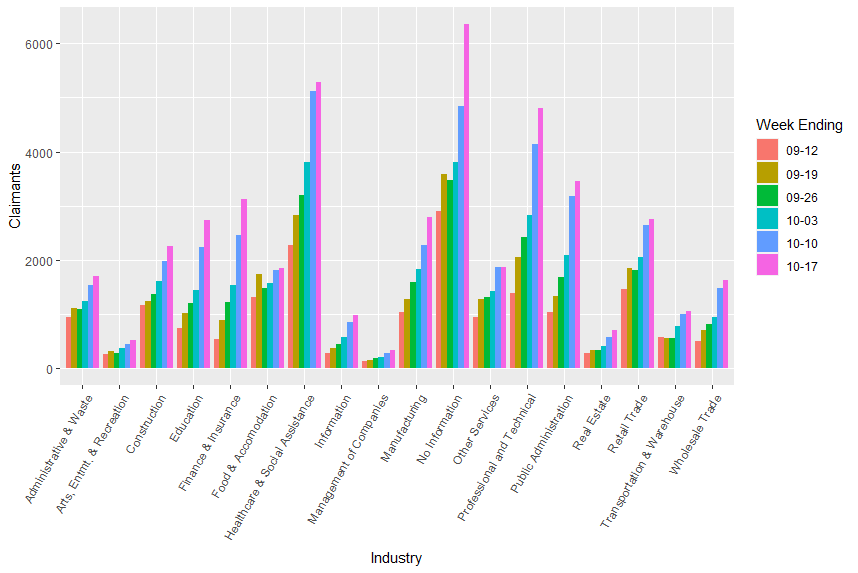 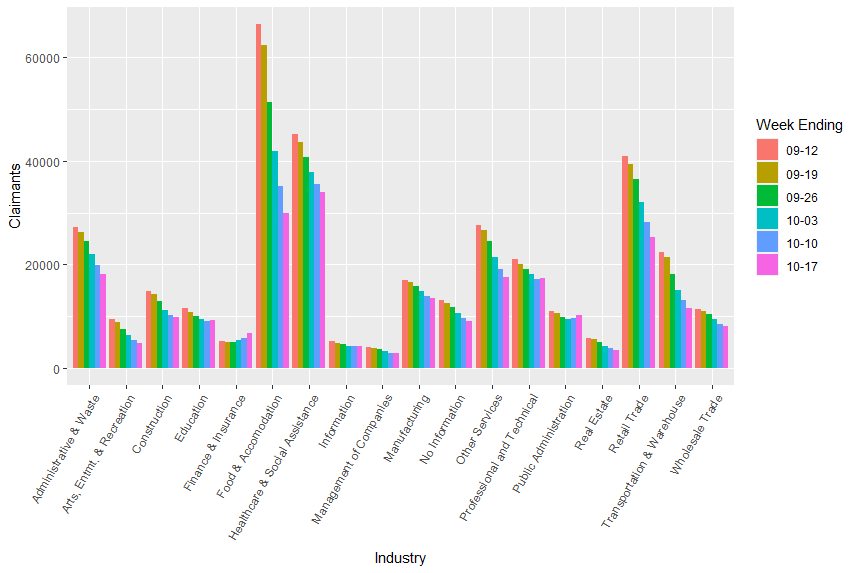 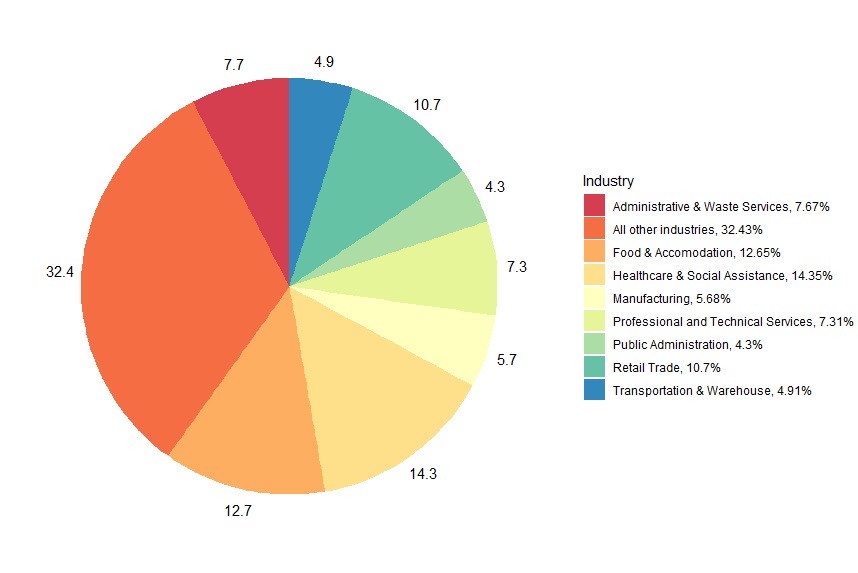 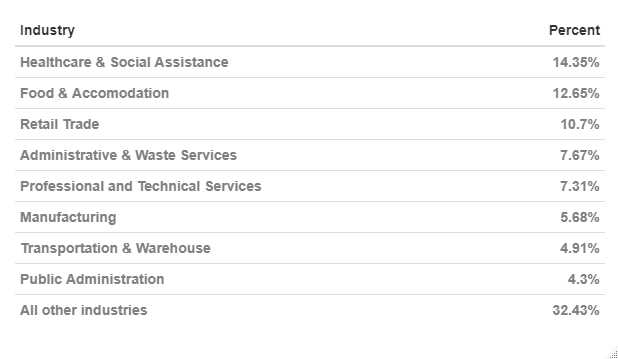 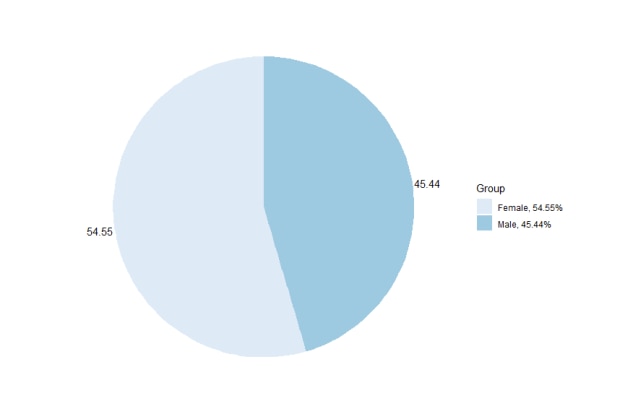 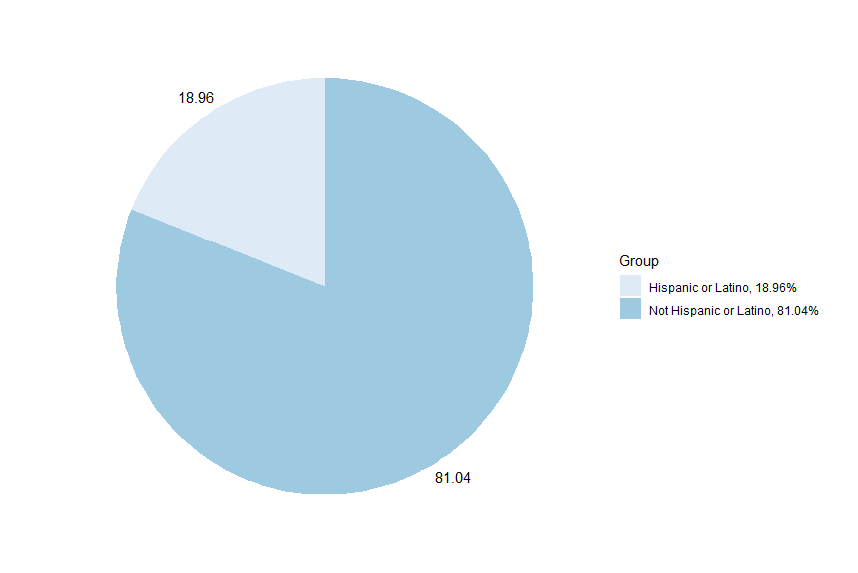 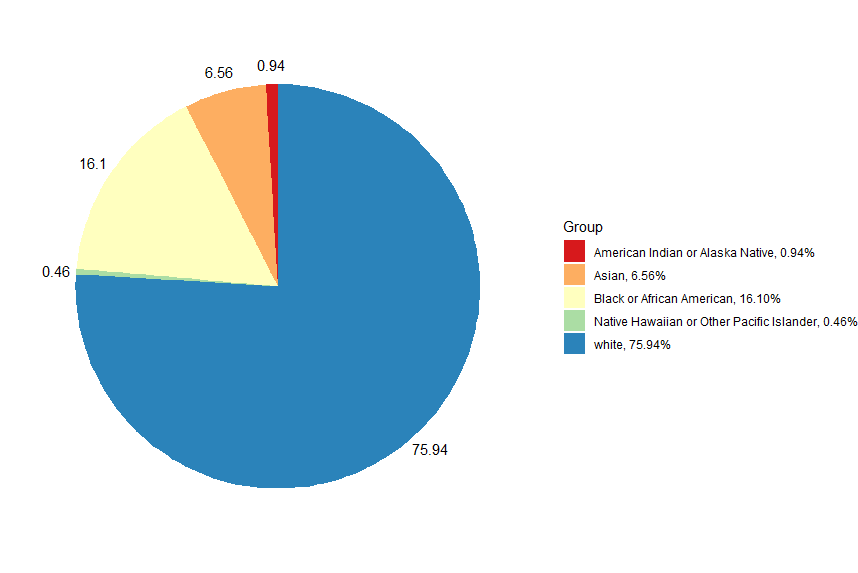