This page, Massachusetts Weekly Unemployment Claimant Data for the week ending 08-28-21, is offered by
Press Release

Massachusetts — For the week ending August 28, Massachusetts had 5,491 individuals file an initial claim for regular Unemployment Insurance (UI), a decrease of 947 claims from the previous week with most of the sectors showing decreases. The larger decreases were seen in: Health Care and Social Assistance, down 156; Information Not Available (either lacking employer or industry information), down 149; Food and Accommodation, down 123; and Retail Trade, down 111 claims. Continued weeks claimed for week ending August 28 decreased by 778 from the previous week to 61,336 with the largest declines in Food and Accommodation, Health Care and Social Assistance, Administrative and Waste Services, and Other Services.

For week ending August 28, the Pandemic Unemployment Assistance (PUA) program had 3,575 initial claims filed, an increase of 215 claims from the previous week while PUA continued weeks claimed increased by 6,405 to 246,363. The PUA benefits program will end on September 4, 2021.

The federal/state Extended Benefits (EB) program which triggered off on July 17 had 58 initial claims filed and 44 continued weeks claimed.

The Federal Pandemic Unemployment Compensation (FPUC) which provided an additional $300 a week on top of regular benefits will, also, end on September 4, 2021. 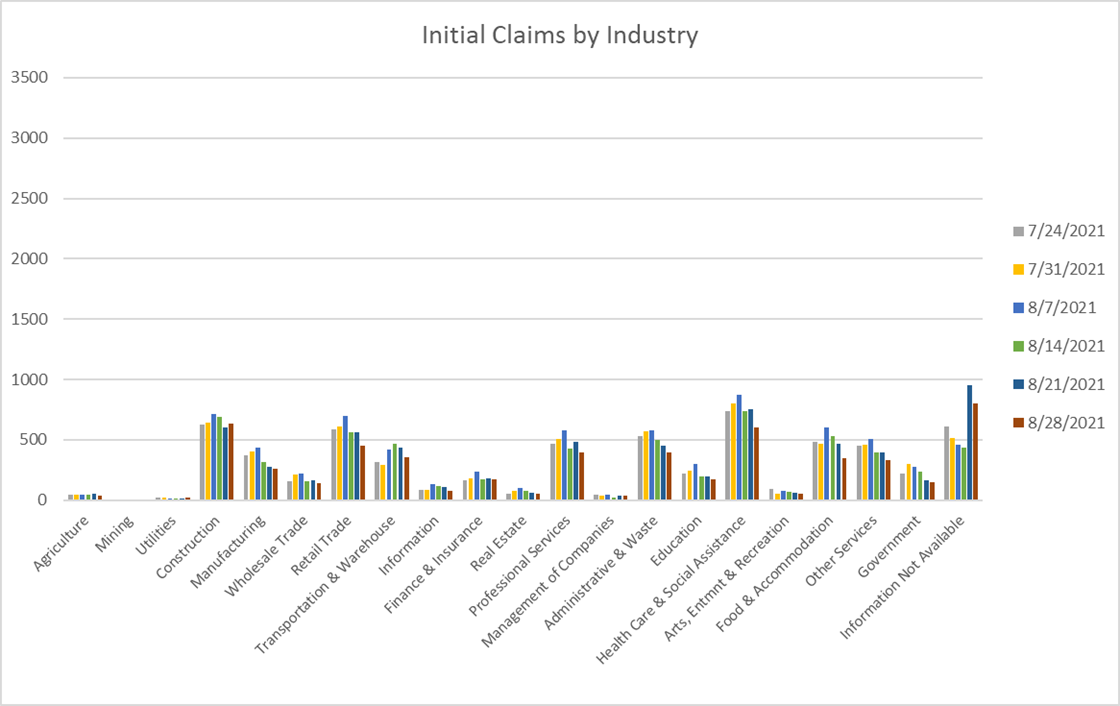 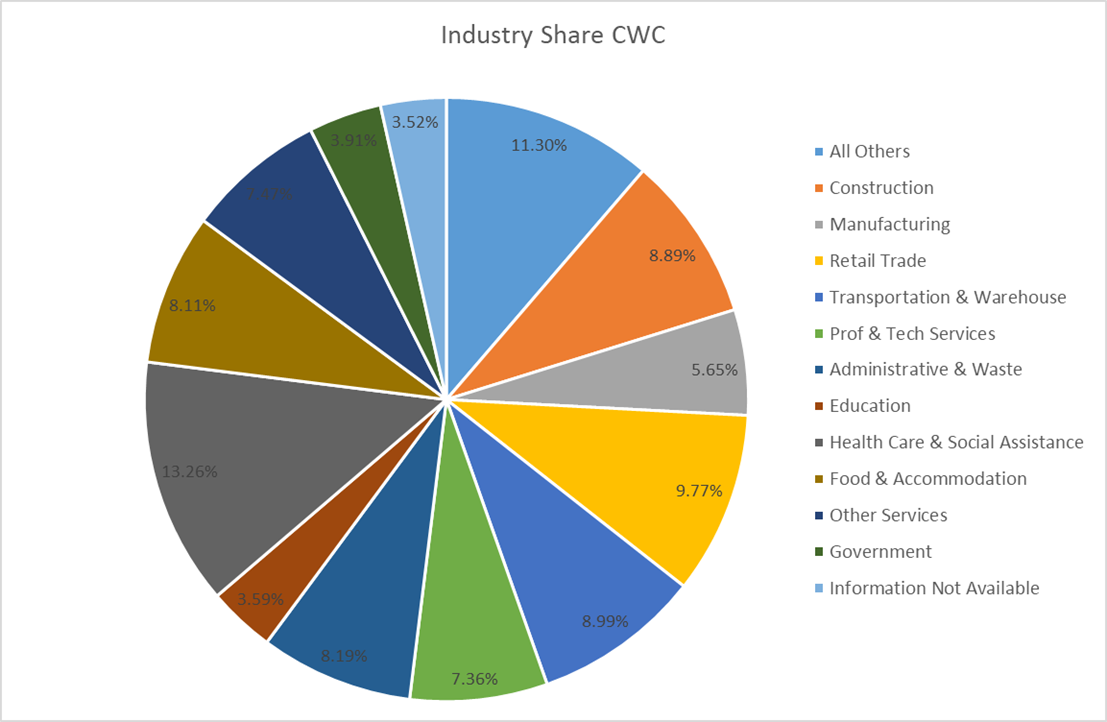 Below we present demographic statistics on ethnicity, gender, and race for all those claimants who filed for a continued week in the period prior to the above information. This is to say that because of the timing of data availability, the below statistics reflect continued weeks claimed in the week ending August 21st rather than the week ending August 28th. All demographic information is presented as a percentage of claimants who responded, excluding claimants for whom the information was not available.

Here we present the breakdown by gender, ethnicity, and race of continued claims for Regular UI between March 8th, 2020 and August 21st, 2021: 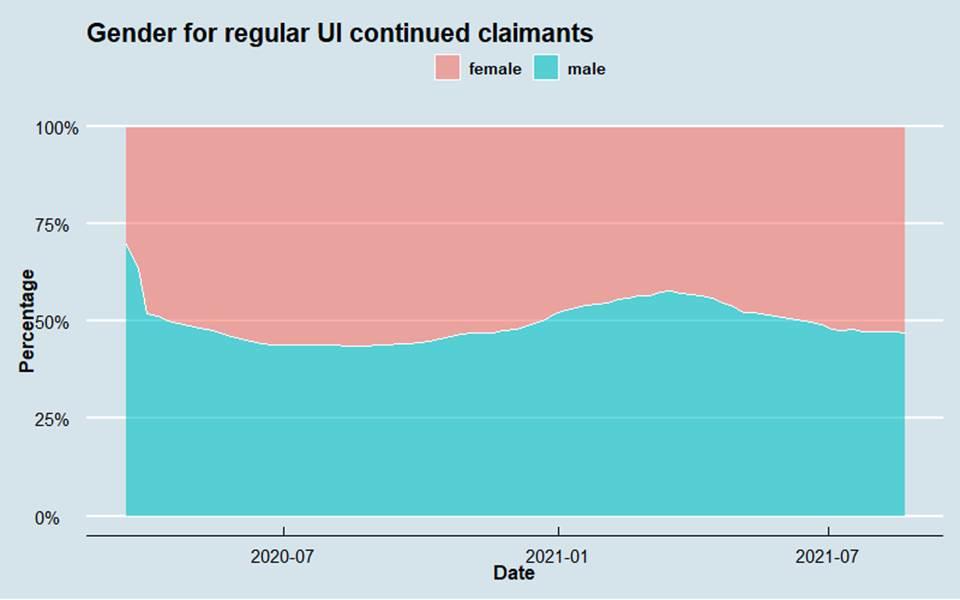 Here we present the breakdown by gender, ethnicity, and race of continued claims for the PEUC and EB programs, which cover the long term unemployed, between May 31st, 2020 and August 21st, 2021: 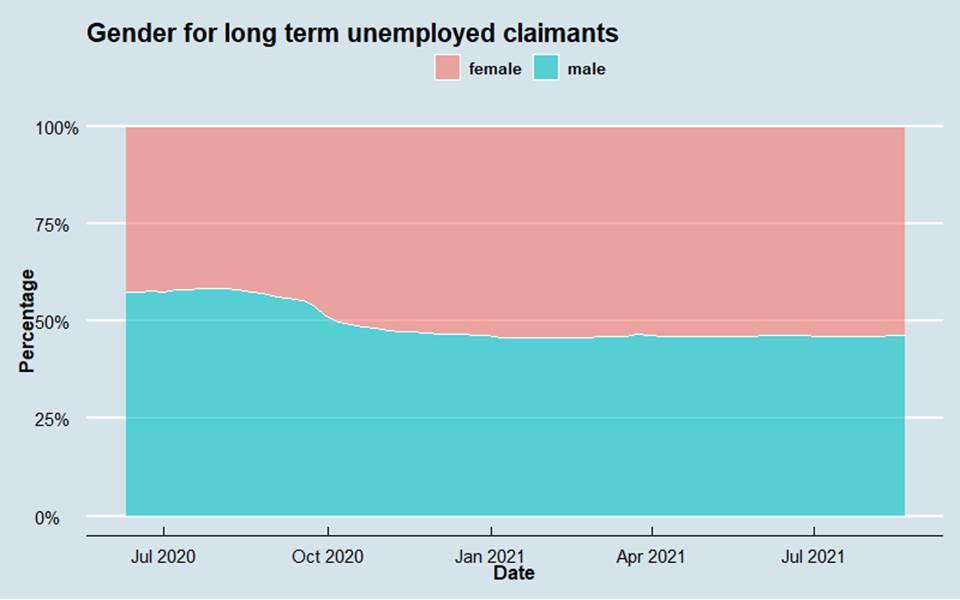 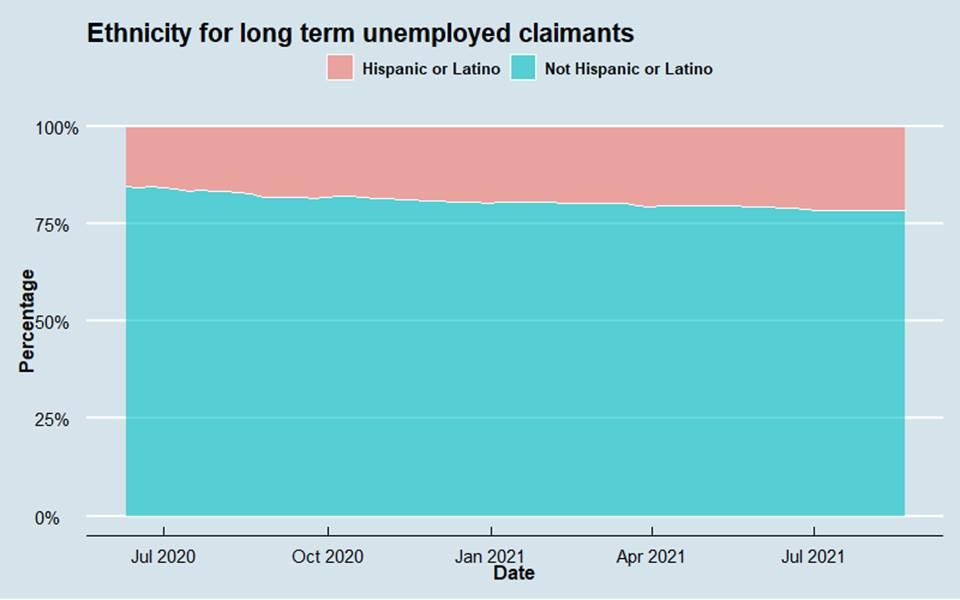 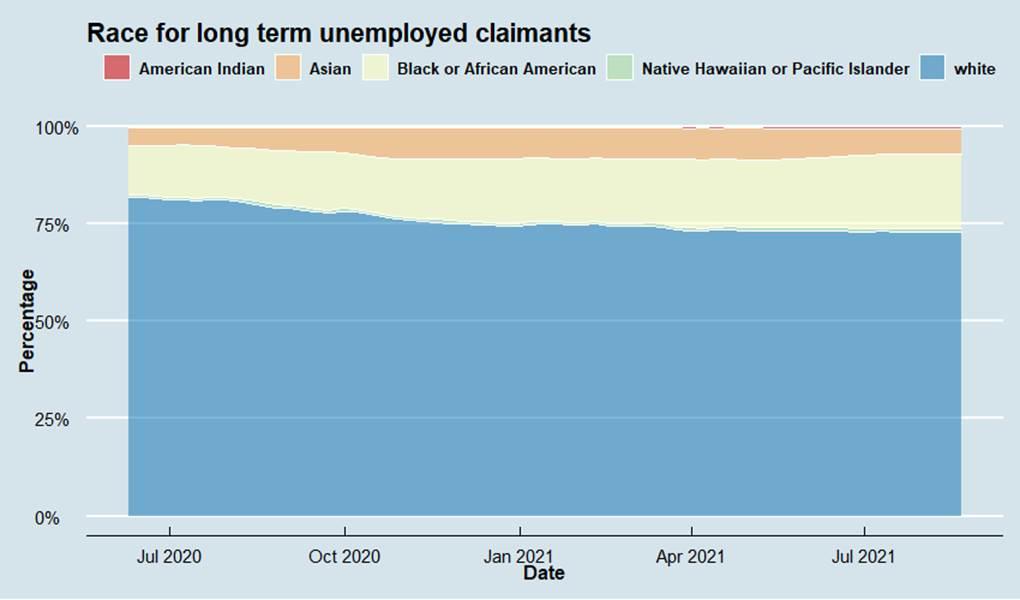 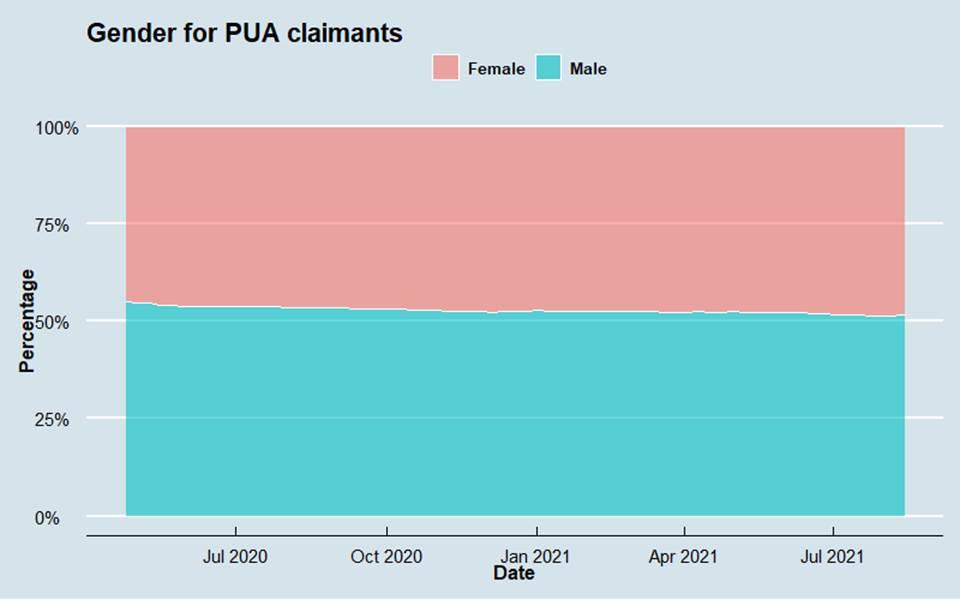 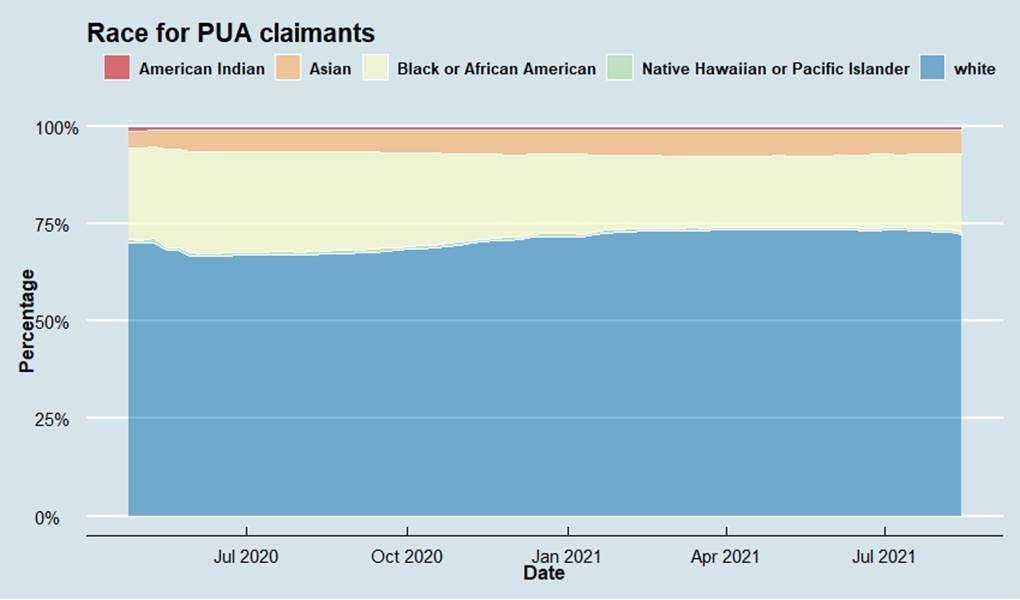