BOSTON — The Massachusetts Department of Environmental Protection (MassDEP) today announced that a new acoustic profiler system to monitor the tidal currents at the western entrance to the Cape Cod Canal has been installed by a consortium of federal, state and private partners, providing mariners with online, near-real-time data of the tidal flows entering and exiting the canal. The current profiler, installed on a pier at the Massachusetts Maritime Academy (MMA) in Buzzards Bay, will improve safety for mariners transiting this area of the canal.

MassDEP funded the current profiler through the Oil Spill Prevention and Response Trust Fund, partnering with the Northeastern Regional Association of Coastal Ocean Observing Systems (NERACOOS) and the National Oceanic and Atmospheric Administration (NOAA) to support the installation and data testing of the profiler.

“The Oil Spill Trust Fund continues to help coastal communities protect their shorelines through spill prevention and response efforts, and this new tidal current monitor adds another layer of protection for mariners,” said MassDEP Commissioner Martin Suuberg. “We are pleased to work with our project partners to provide navigational aids such as the profiler to support safe transit through Buzzards Bay and the Cape Cod Canal.”

“This current meter will assist all mariners, recreational and commercial, transiting the canal and allow us to better understand the effects of tidal variations, winds and storms on the canal currents,” said Captain Clint Walker, President of the Northeast Marine Pilots Association.

“It's always great when we're able to talk with our stakeholders about what they need, and then act to make it happen,” said Tom Shyka, NERACOOS Products and Engagement Manager.

The current profiler has been installed on the pier at MMA, and the system sends an underwater acoustic signal into the canal to determine the speed and direction of the ocean current, providing online data every six minutes to commercial mariners and recreational boaters who often experience dangerous currents of up to six knots at this unique location of the canal.

“Knowing precise Cape Cod Canal current speed allows safer operations of the Training Ship Kennedy, our Training Vessel Ranger and our fleet of smaller research and training vessels as well as safer operations of vessels operated by the public in the challenging waters of the Cape Cod Canal,” said Rear Admiral Francis X. McDonald, President of the Massachusetts Maritime Academy.

The deployment of the current profiler is part of the ongoing MassDEP and U.S. Coast Guard (USCG) partnership to enhance mariner and environmental protections in Buzzards Bay.

“The U.S. Coast Guard is very pleased in the installment of the current meter at Mass. Maritime. The addition of the real-time current information at the west entrance of the Cape Cod Canal is a welcomed addition to the navigational aids in the area,” said Deputy Sector Commander Brian J. McSorley, USCG Sector Southeastern New England. “The current meter will act as another tool the mariner can use to properly assess the state of the water through the canal and the information can be used for risk-mitigation strategies.”

Woods Hole Group is the approved NOAA service provider, which procured and installed the profiler on behalf of NERACOOS. They will provide ongoing operations and maintenance services for the system, along with the wave buoy in Cape Cod Bay and the nearby Narragansett Bay PORTS.

Ocean current data is now available on the Cape Cod PORTS page and will eventually be delivered on the NERACOOS website, www.neracoos.org and a MMA data portal.

Following the April 2003 grounding of the B-120 barge and subsequent oil spill into Buzzards Bay, the Oil Spill Prevention and Response Act established the trust fund to increase the Commonwealth’s ability to prevent and respond to marine oil spills. The Act allows the trust funds to be used for vessel navigational safety improvements, such as current profilers and buoys. In 2016, MassDEP and its partners utilized Oil Spill Trust Fund money to install a high-tech wave-monitoring buoy in Cape Cod Bay to improve the safety of marine transportation in the waters east of Cape Cod Canal.

About MassDEP: MassDEP is responsible for ensuring clean air and water, safe management and recycling of solid and hazardous wastes, timely cleanup of hazardous waste sites and spills and the preservation of wetlands and coastal resources. You can find more information about MassDEP here.

About NERACOOS: NERACOOS is the Northeastern component of the U.S. Integrated Ocean Observing System (IOOS®). The mission of NERACOOS is to produce, integrate and deliver high quality information that helps ensure safety, economic and environmental resilience, and sustainable use of the coastal ocean. NERACOOS and its partner organizations operate a system of data buoys, ocean sensors and ocean forecast systems that deliver real-time observations and predictions of ocean conditions at www.neracoos.org

About NOAA: NOAA’s mission is to understand and predict changes in the Earth's environment, from the depths of the ocean to the surface of the sun, and to conserve and manage our coastal and marine resources. There are 33 Physical Oceanographic Real-Time System’s across the U.S. These integrated systems of sensors provide accurate and reliable real-time information about environmental conditions to keep mariners safe and commerce flowing. Join us on Twitter, Facebook, Instagram and our other social media channels. 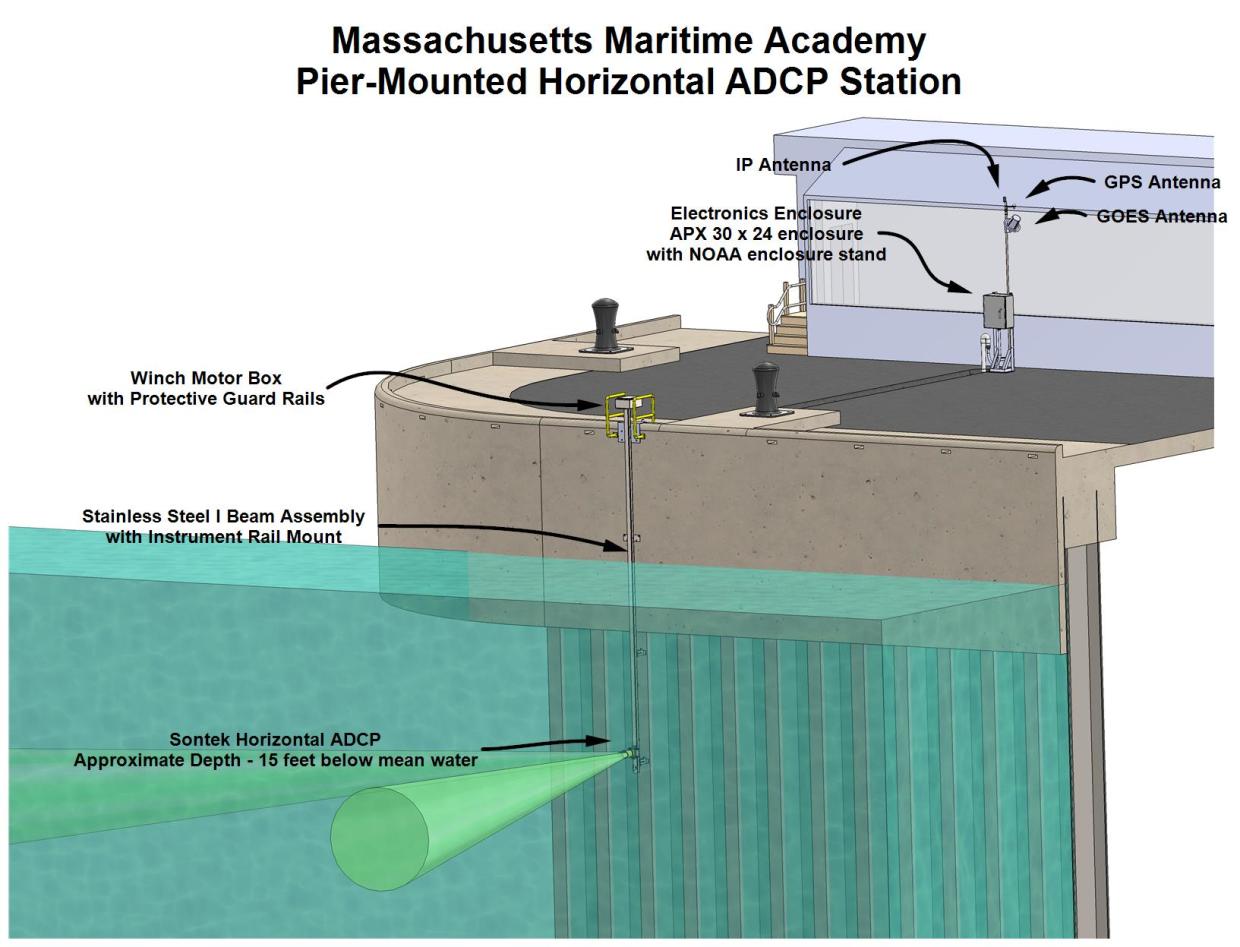 We are available during the closure of our offices due to COVID-19 .

MassDEP staff are working remotely. "Contact Us" below.
More