An official website of the Commonwealth of Massachusetts
This page, Remembering Jack Sheppard, is offered by
News

Long-time Director of the Office of Fishing and Boating was instrumental in securing public access to boating and fishing.

Anyone who launches a motorboat, canoe, or kayak at a public boat access facility or casts a fishing line from a barrier-free fishing facility or shoreline access can thank Jack Sheppard, Director of the Office of Fishing and Boating Access (OFBA), for making their recreation experiences possible. Sadly, only a month after retiring from a 48-year career, Jack P. Sheppard, long time resident of Wellesley and more recently of Somerset, died on March 5, 2020 after a brief illness.

Born and raised in the Brighton area of Boston, Sheppard earned his bachelor’s degree in engineering from Northeastern University in 1972. That same year, Jack’s career began with the Division of Fisheries and Wildlife. His duties included providing engineering expertise, procurement, and other services for the agency. He oversaw the Young Adult Conservation Corps program, a federal summer youth program that hired young people to work at state and federally managed lands, forests, parks, and hatcheries. Some of the people he hired went on to careers with MassWildlife or other state fish and wildlife agencies.

In the 1980s, Sheppard transferred to the Public Access Board in Boston as the Chief Engineer and was appointed Director in 1988. Now known as the Office of Fishing and Boating Access (OFBA), this small but critical agency is charged with providing access to the 1,200 miles of Massachusetts’ seashore and its hundreds of lakes, ponds, rivers, and streams. OFBA’s skilled staff oversees facility design, construction and repair of boat launch facilities for motorboats and car-top boats, construction of fish piers, and acquisition of shoreline fishing areas.

Purchasing high cost waterfront property was (and still is) a major challenge, but during his tenure Jack persisted. He sought out municipalities and state agencies that already owned waterfront land or boat launches to work with through a Land Management Agreement. Under Agreement terms, OFBA provides maintenance, repair, or construction services. Municipalities and agencies retain land ownership but don’t bear the full burden of repair or maintenance. In this way, OFBA dramatically increases public boating and fishing facilities on Massachusetts waters. Anyone who enjoys fishing, paddling, sailing, water skiing and other boating and water-based activities can take advantage of nearly 300 boating access sites across the state. A number of these facilities are barrier-free, affording access for people with disabilities.

Sheppard was honored by the Massachusetts Sportsman’s Council and received a Certificate of Recognition from the New England Outdoor Writers Association in 2019. One outdoor writer wrote of Jack, “He was an under-the-radar type of professional state bureaucrat who actually made a difference in people’s lives. Through his efforts, millions of Massachusetts residents and visitors can access ocean beaches, lakes, and streams to fish and boat.”

Jack enjoyed the outdoors and shared his experiences with his family to whom he was devoted. He is survived by his wife, two daughters, two sons, their spouses, and a granddaughter.

MASSWILDLIFE OFFICES AND HATCHERIES ARE CLOSED TO THE PUBLIC UNTIL FURTHER NOTICE.

FISHING IS OPEN AND SPRING TROUT STOCKING WILL CONTINUE. 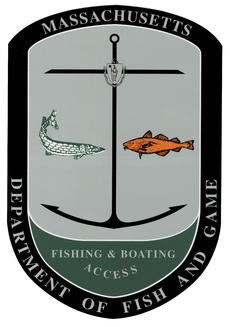