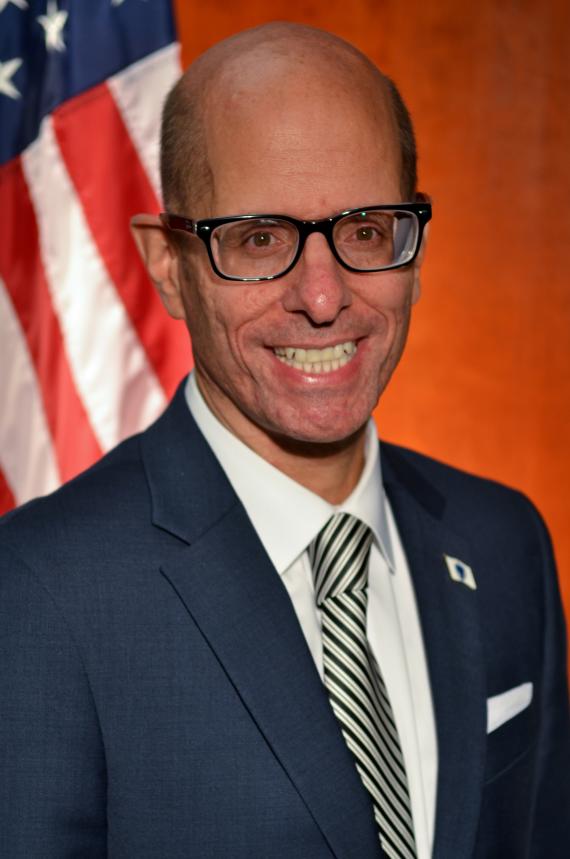 Legally blind from a young age, David D’Arcangelo has built successful careers in both the public and private sectors and now serves the Baker-Polito Administration as the Commissioner of the Massachusetts Commission for the Blind (MCB).

Additionally, David serves as a Council Member of the National Council on Disability, which is an independent federal agency that plays a leading role in crafting disability policy, and advising the President, Congress and other federal agencies on disability policies, programs, and practices.

As Commissioner, David oversees the agency’s $34M budget to ensure the highest quality of vocational and social rehabilitation services are delivered to individuals with blindness throughout the Commonwealth of Massachusetts.

Previously, David served Director of the Massachusetts Office on Disability (MOD).  David also served three terms as a Malden City Councilor At Large and was one of very few elected officials in Massachusetts to openly serve as a person with a disability.  David’s extensive experience in government and public policy includes serving the Administrations of four Governors and as an aide in the Massachusetts State Legislature.  David may be the first person to reach a statewide ballot in Massachusetts who self-identified their disability when he became the 2014 Republican Nominee for Secretary of State.

The Council of State Governments (CSG) has recognized David as one of the 30 Leaders Impacting Disability Policy in their Capitol Ideas Magazine celebrating 30 years of the Americans with Disabilities Act.  David also served on the national “Work Matters” Task Force, which designed a framework for states to use in workforce development for people with disabilities.  As a member of the task force, David served as Co-Chair of the Transportation, Technology & Other Employment Supports Subcommittee and has been a panelist for the CSG’s Work Matter’s breakout sessions across the country.  Additionally, David has also presented at the National ADA Symposium, the American Enterprise Institute, the National Governor’s Association State Learning Lab and numerous other conferences, meetings and events.

David is a graduate of Suffolk University, where he has served as an adjunct faculty member in the Communications and Journalism Department.  David lives in Malden with his wife Lisa and their daughter, who is on the Autism Spectrum.

MCB serves individuals in Massachusetts who are legally blind by providing access to employment opportunities and social rehabilitation with the goal of increasing independence and self-determination.
More Information