Office of the General Counsel 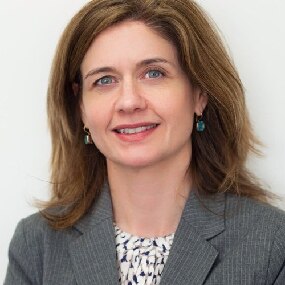 The Office of the General Counsel provides legal counsel and advice on a wide range of strategic, policy, and operational issues for the agency. The Legal department is responsible for supporting the HPC’s policy and legal work, including the development of regulations and support of agency compliance functions. The Office of the General Counsel is led by Lois H. Johnson.

About the General Counsel

Lois Johnson has served as the Health Policy Commission’s General Counsel since January 2013. In this position, she oversees regulatory development and supports the full range of the HPC’s policy work, including cost and market impact reviews, ACO and PCMH certification, and hospital grant programs. Previously, she served for five years in the Office of Attorney General Martha Coakley. As Assistant Attorney General in the Health Care Division, she worked on enforcement matters, managed the Attorney General’s community benefits program, and focused on a variety of health care policy issues including health care reform and health disparities. She as a member of the team that led the Attorney General’s seminal health care costs trends examinations and worked on a variety of health care legislation, including Chapter 288 of the Acts of 2010 and Chapter 224 of the Acts of 2012. Before joining the Office of the Attorney General, Ms. Johnson served as General Counsel and Senior Policy Counsel for the Massachusetts Senate Committee on Ways and Means. Prior to her legislative and policy work, Ms. Johnson practiced labor and employment law at private firms in Boston, Chicago, and the District of Columbia. She is an honors graduate of Wesleyan University, received her J.D. with honors from the University of Wisconsin Law School, and was awarded the Georgetown Women’s Law and Public Policy Fellowship.

The Massachusetts Health Policy Commission (HPC) is an independent state agency charged with monitoring health care spending growth in Massachusetts and providing data-driven policy recommendations regarding health care delivery and payment system reform. The HPC’s mission is to advance a more transparent, accountable, and equitable health care system through its independent policy leadership and innovative investment programs. The HPC’s goal is better health and better care – at a lower cost – for all residents across the Commonwealth.
More Information