The Jamaica Plain Neighborhood Development Corporation (JPNDC) and Urban Edge Community Development Corporation (UECDC) have formed a partnership to transform 11 acres of public and private land near the intersection of Columbus Avenue and Centre Street in Jackson Square, into a mixed-income, mixed-use, and sustainable transit-oriented development. The proposed project area is situated in an area of Boston in acute need of environmental justice. Some of the developments surrounding the project area include the Academy Homes housing development, the Jackson Square T Station, and the Bromley-Heath housing project, all of which have struggled with issues of poverty, crime, and public safety. 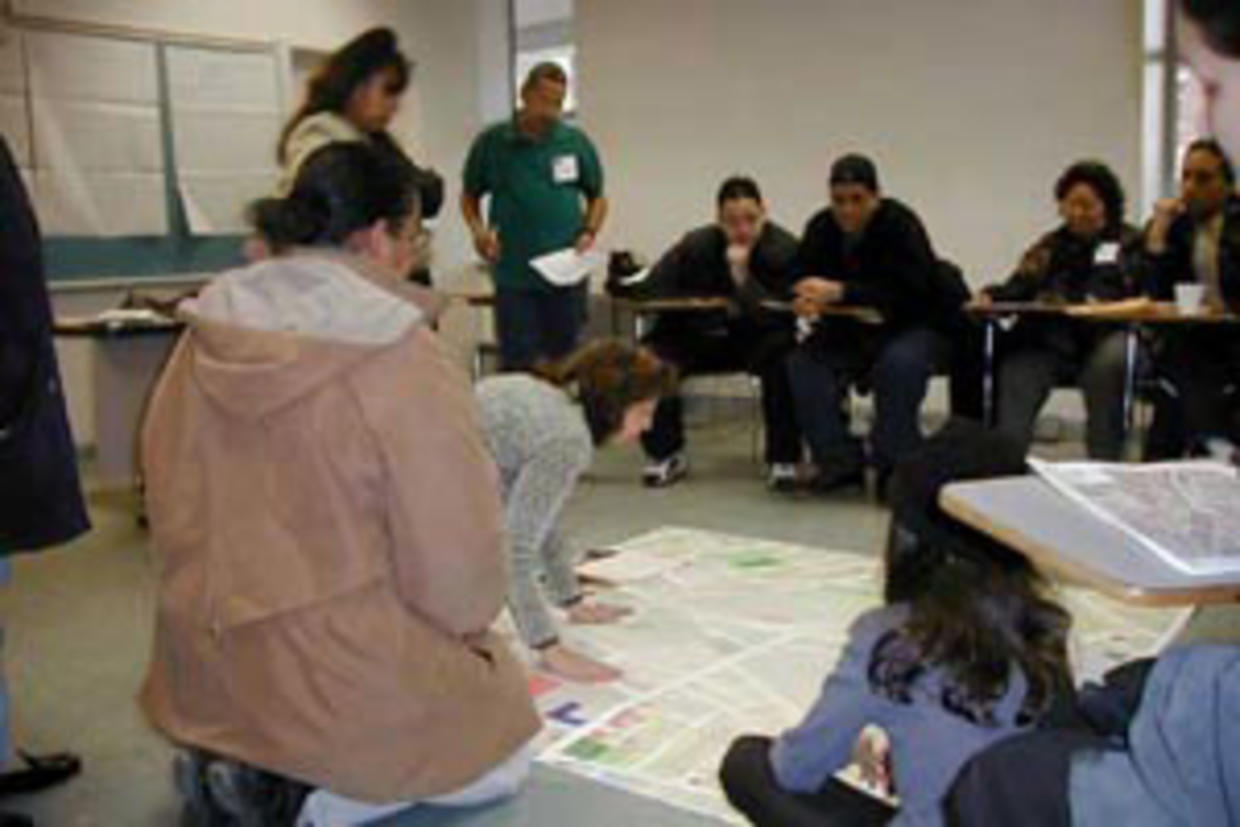 The redevelopment project, which will be a model for smart growth development is a great opportunity to advance environmental justice and revitalize the neighborhood. Some of the objectives of the redevelopment include:

The Jackson Square redevelopment project incorporated an exemplary amount of community participation. Community meetings were the basis for the visioning and planning process, and there have been over 800 Jamaica Plain and Roxbury residents involved in all phases of the planning process, along with the Boston Redevelopment Authority (BRA). The project is also continually undergoing project review by a large, representative community advisory committee that was appointed by the Mayor.

In addition, Boston youth have had a key voice in all aspects of the redevelopment planning process, particularly in planning the Youth and Family Center. There are several youth from Jamaica Plain and neighboring areas that meet regularly as part of the existing design team for the project. 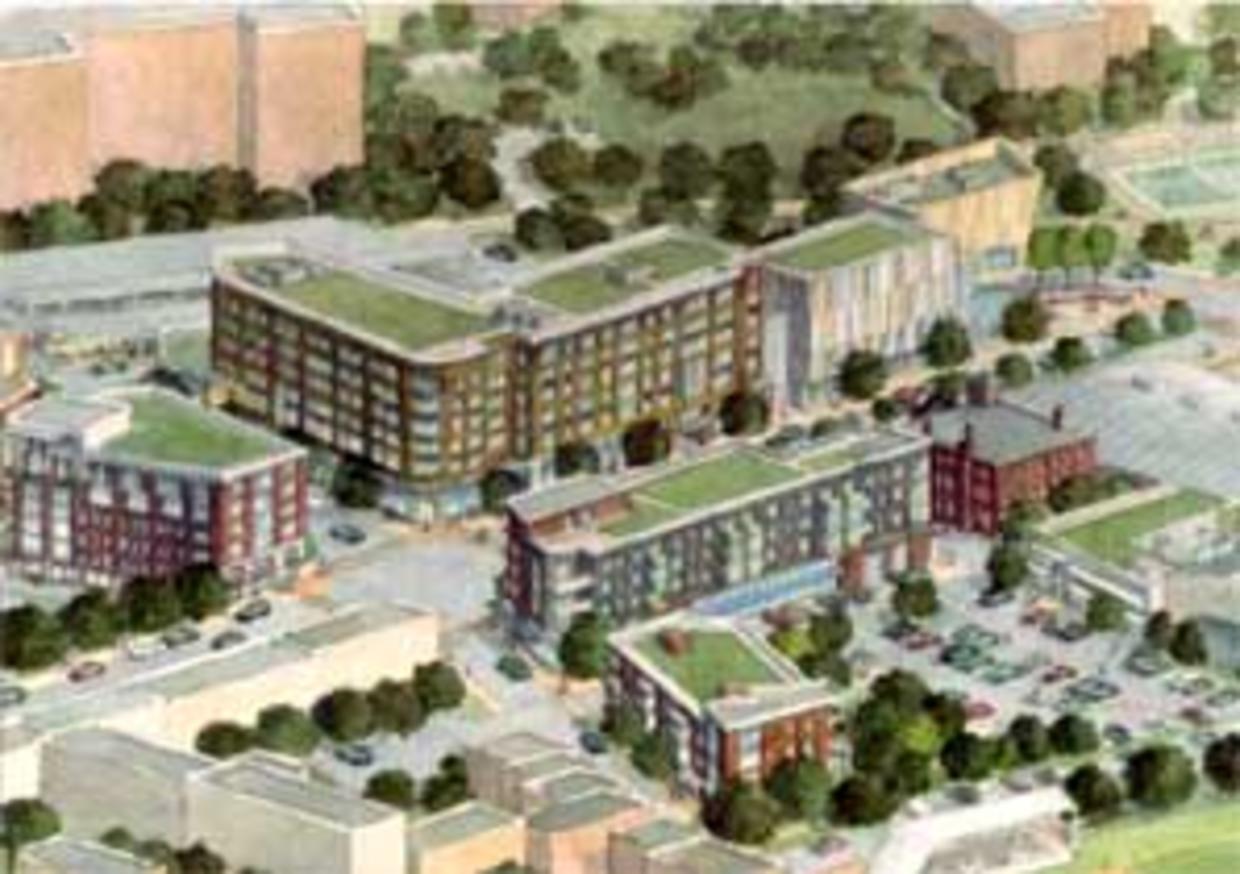 UECDC works in partnership with residents, businesses, and government institutions committed to developing and sustaining stable, healthy, and diverse communities in Jamaica Plain, Roxbury, and surrounding communities in Massachusetts.

The City of Lawrence is one of the poorest cities in New England. The city has a per capita income of just $13,360, a high school equivalency rate of 47%, and only 10% of residents have a Bachelor's degree. Home-ownership rates are approximately 32% citywide (compared to nearly twice that in the rest of Massachusetts), while unemployment rates are routinely twice the state average. The city also faces a backlog of more than 1,000 lien-encumbered vacant lots and abandoned buildings, environmental contamination, and a lack of greenspace. 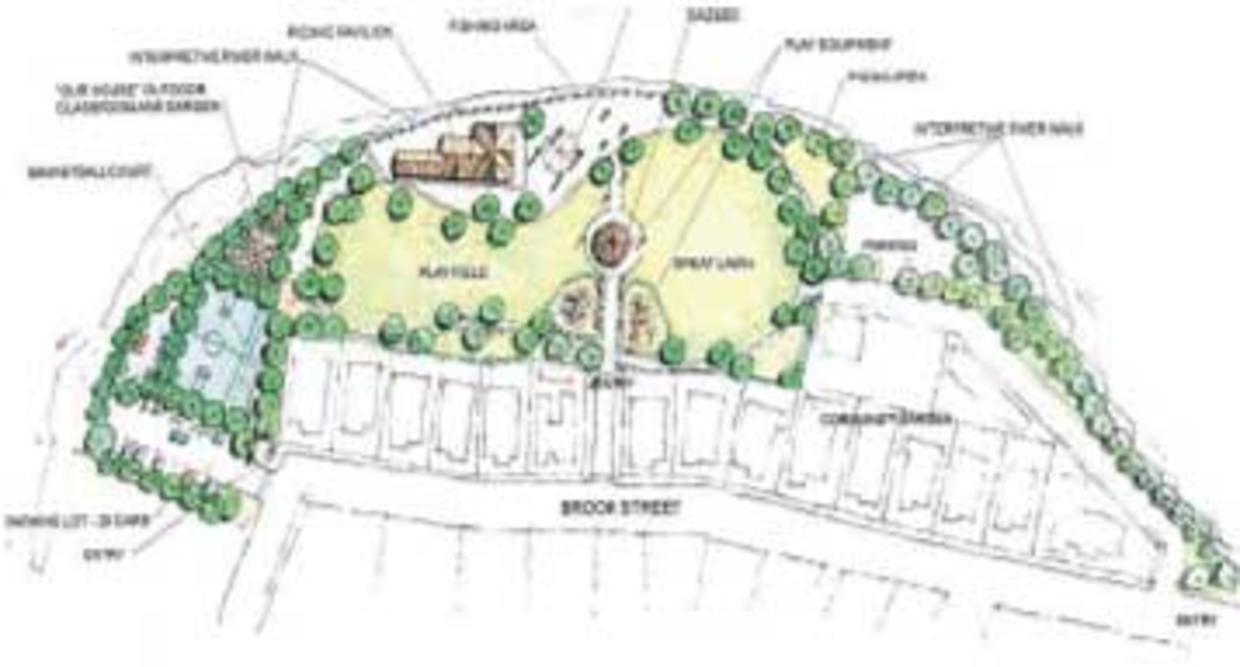 Lawrence is making great strides in redevelopment and inclusive community revitalization. Abandoned and industrial sites are becoming opportunities for redevelopment and environmental restoration. One such property, is "the Brook Street site," a 2.7-acre former brownfield located in a densely settled residential neighborhood on the banks of the Spicket River. This former mill building and commercial laundry site had been abandoned for nearly 20 years, when a neighborhood planning process identified the site as key to local revitalization efforts.

The Brook Street site was identified as a property for park redevelopment because it was a substantial piece of vacant land in the middle of a large, dense neighborhood with few recreational green spaces for residents to enjoy.

Groundwork Lawrence, Inc. (GWL) and Lawrence CommunityWorks (LCW) led a number of community meetings where they received input from adult and youth residents on the project. Based on the park concepts most desired by the community, GWL commissioned a detailed park design and cost estimates from Copley Wolff Design Group, a Boston-based landscape architecture firm.

Now, named Dr. Nina Scarito Park, in memory of the accomplished Lawrence obstetrician who is said to have delivered 20,000 babies in the city during her career, the $2.9 million project was dedicated in the fall of 2006. The park was made possible through a combination of federal, state, city, and private funds, including an Urban Self-Help grant, which is administered through EEA's Division of Conservation Services.

LCW is a nonprofit community development corporation working to transform and revitalize the physical, economic, and social landscape of Lawrence. Since 1999 LCW has reclaimed over 20 vacant lots, produced 51 units of green and affordable housing, helped residents leverage over $15 million in local asset purchases, and waged campaigns to improve zoning laws and the municipal budget process.