The Town of Falmouth is a coastal community rich in natural resources including marine recharge areas, Areas of Critical Environmental Concern (ACEC's), and aquifers for municipal water supply. As with many communities in Massachusetts, local decision makers realized that considerable tracts of open space were zoned for residential sprawl in many of these resource areas. As part of a suite of zoning based tools targeted toward more efficient use of undeveloped land, Falmouth adopted one of the Commonwealth's first TDR Bylaws. The Falmouth TDR Bylaw establishes "donor" and "receiving" districts based on a variety of criteria such as allowable use and the size of the parcel(s) in either district.

The program can only function as part of a subdivision application and adds a Special Permit requirement. However, this additional requirement is streamlined by having the Planning Board named as the permitting authority for both requirements. Furthermore, incentives are added in the form of density bonuses. Bonuses vary between 20 to 40%depending on which area is sending and which area is receiving.

This subdivision is one of several success stories in Falmouth implemented through the TDR Program. The donor parcel identified in this instance was located in the Water Resource Protection District and covered approximately 12.5 acres. Yield calculations developed for the parcel showed that six lots could reasonably be developed under the standard subdivision process. Because the developer was using the TDR Program, he was granted a 20% increase on this base yield value, bringing the yield value up to eight lots.

The receiving subdivision was a 16.4 acre parcel just outside the donor district boundary in an area already well developed for residential use. The site plan development process showed that seven lots would have been a reasonable expectation for this parcel under standard zoning provisions. The result, therefore, is a 15 lot subdivision that uses approximately half the space normally required under existing regulations. Furthermore, more than 12 acres of open space in the Water Protection District has been permanently protected. 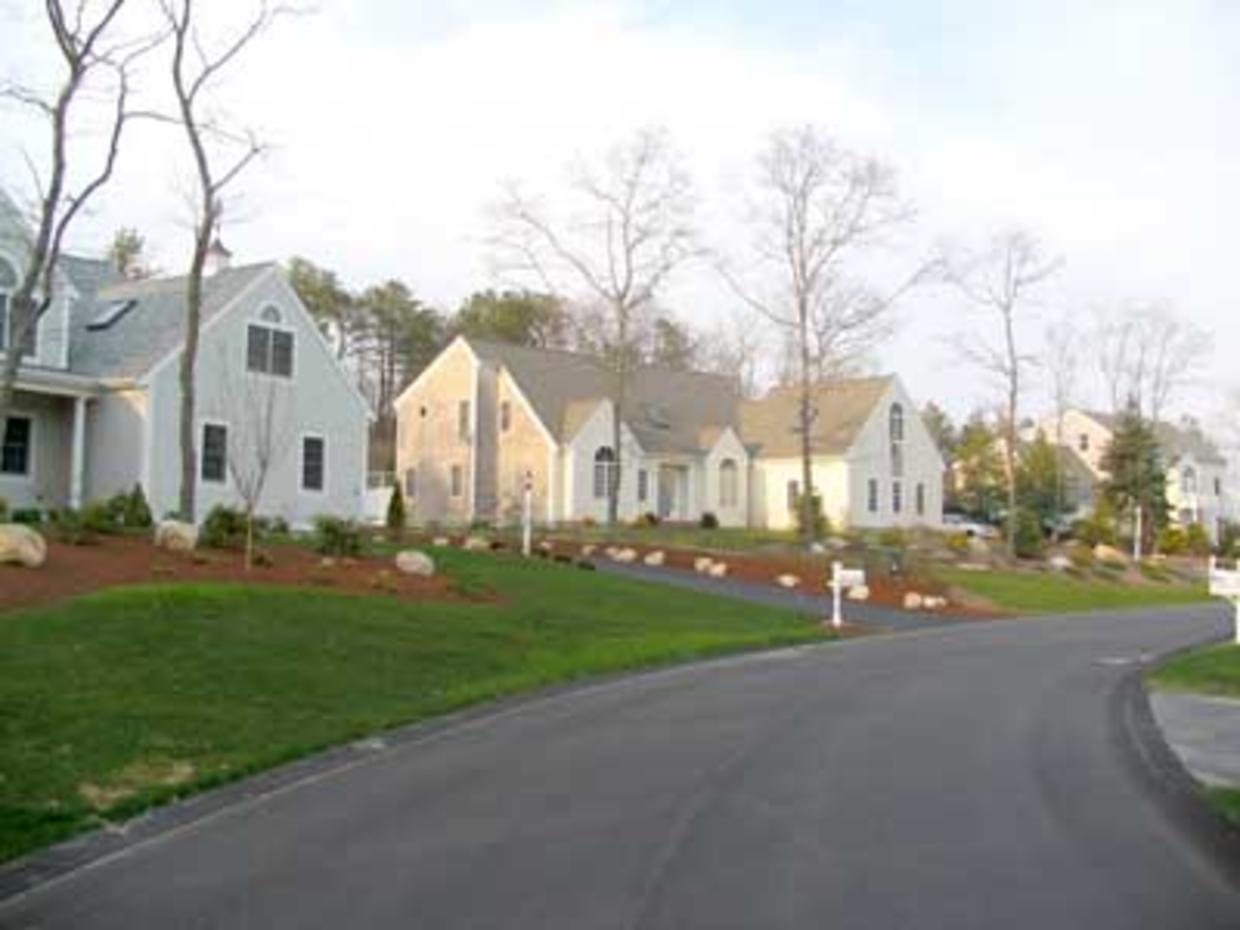 Montgomery County, Maryland lies adjacent to Washington D.C. Hesitant to downzone any further in the interest of protecting the investment potential of these lands for local owners, the county instituted a TDR program.

To establish the TDR program, a 110,000-acre area, called the Agricultural Reserve, was established and over 90,000 acres in this Reserve were rezoned to a Rural Density Transfer Zone (RDTZ). After rezoning, density in the RDTZ was limited to one unit per 25 acres for development.

This density provided an obvious disincentive to building on sending sites, but the program provides other incentives that protect the economic investment of local farmers. If these landowners choose to enter into the TDR process, the density that they can transfer reverts back to the original one unit per five acres.  In return for this increase in development potential, farmers place a permanent deed restriction on the land precluding it from future development. The County also identified specific receiving areas as part of the TDR program. These areas are appropriate for higher density development because they are readily served by essential public services such as transportation, wastewater and public water supply. Receiving areas were also rezoned and assigned two densities:

For example, one such receiving area is normally zoned at 5 units per acre, but a maximum of 7 units per acre can be allowed for those developers who have acquired TDRs. Again, this provided the receiving incentive.

The Benefits to Farmers:

The Benefits to Others:

Anyone can buy TDRs, however, TDRs may only be used in designated receiving areas within the County. TDRs may be purchased on a speculative basis for resale, as the buying and selling of TDRs is market driven. Most developers have found it more profitable to buy TDRs to achieve higher densities in receiving site projects.

In 1985, the City of Seattle, Washington, began a comprehensive Downtown Restoration effort that focused on optimizing the economic vitality of the district while maintaining the city's cultural integrity. The four central goals to the effort are:

Existing resources that were targeted for preservation include:

As part of the overall revitalization effort, Seattle developed an intricate TDR program that has successfully preserved several landmark structures and hundreds of units of affordable housing.

The Seattle downtown revitalization program created a complex schema of sending and receiving areas based on specific planning objectives for particular areas of the downtown. As a result, the mechanisms and guidelines used to transfer development rights in Seattle's downtown area vary between different districts.

For example, in a few of the districts established by the program, density cannot be transferred to receiving districts. These districts are static relative to the TDR program and rely on other aspects of the overall revitalization plan for improvements. In other districts, transfers can only take place between buildings on the same block. The provisions of these districts are aesthetically driven and are specifically designed to maintain a mixed building height appearance in these areas for retail use.

A base density was determined for each district (generally lower that what was allowed prior to the program) and a list of incentives were created for developers who wish to develop beyond that density. Incentives are provided in two general categories: use incentives and design incentives.

Some of the use incentives available to developers include:

Design incentives can include:

Since a highly urbanized setting provides the backdrop for this program, the City chose to frame the valuation process more on the bulk of prospective development than the specific use. Although the specific use determines eligibility for sending areas (affordable housing, historic landmarks, etc.) and receiving areas, the value of rights is determined on square footage alone. This framework allows buildings that are primarily residential to transfer rights to buildings with other primary uses such as office space.

Seattle officials recognized that the City itself would need to provide a mechanism that makes it easier for developers to purchase TDRs without going through the complicated process of determining the number of development rights for individual sites. The answer to this problem, a TDR bank, has come to be the most successful aspect of the TDR program.

During the first 12 years of implementation, the City served as the sole purchaser of TDRs, acquiring nearly $4 million worth of development rights from 8 separate sites in the sending districts. These purchases effectively preserved 372 units of affordable housing and facilitated the restoration of two performing arts centers. More importantly to the long term viability of the program, these purchase placed several million dollars worth of development rights within easy grasp of the development community.