An official website of the Commonwealth of Massachusetts
This page, Ignitable Liquid and Explosive Detection Canines , is offered by

K9 teams assist fire and explosion investigations in Massachusetts. They help detect evidence of arson or malicious use of explosives. 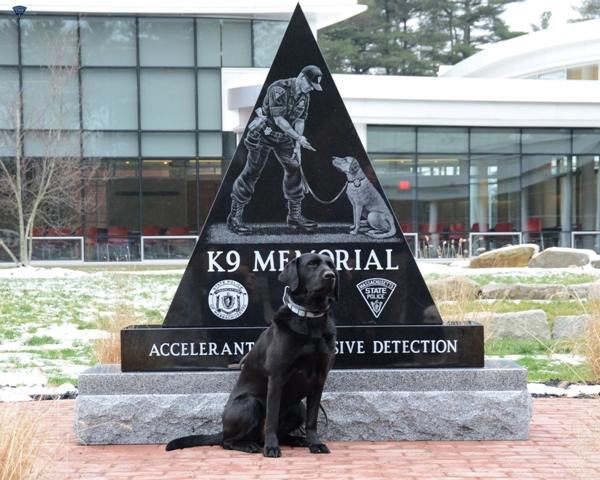 Each K9 team is trained by the Mass. State Police using the food reward method. Because the dogs must work to eat, the handlers train with them every single day. The dogs also live with their handlers and their families, after they retire from duty.

Each K9 team is able to respond around the clock to assist investigators anywhere in the state at any fire or explosion incident. They can help detect potential evidence of arson or malicious use of explosives.

DFS Staff List and Directory
Learn more about this organization