BOSTON — Pride Season has officially begun and the Commission on LGBTQ Youth is excited to take part in numerous events across the Commonwealth, as well as to share new resources.

Coming to a Library near You

The Commission has partnered with the Massachusetts Board of Library Commissioners to create an LGBTQ reading list brochure to go to all public libraries across the Commonwealth, just in time for Pride. The brochure includes a list of LGBTQ-inclusive or -related books and resources for youth, their families, and their schools. It will also be available online on our Commission Publications page. Keep an eye out in June when we will also launch an expanded resource guide for librarians and bookworms alike.

The Commission is pleased to co-sponsor, along with Black Pride and Latinx Pride, a screening of the film Happy Birthday, Marsha, which will be followed by a panel discussion about Marsha Johnson’s legacy. The film is about Johnson’s life and leadership during the Stonewall Riots, which many view as marking the beginning of the U.S. LGBTQ rights movement. Panelists and the public will join together next Tuesday, 5/28 from 6-9pm at Strand Theatre, 543 Columbia Rd, Dorchester, to celebrate and acknowledge the 50th anniversary of the Stonewall Riots. Find out more here. 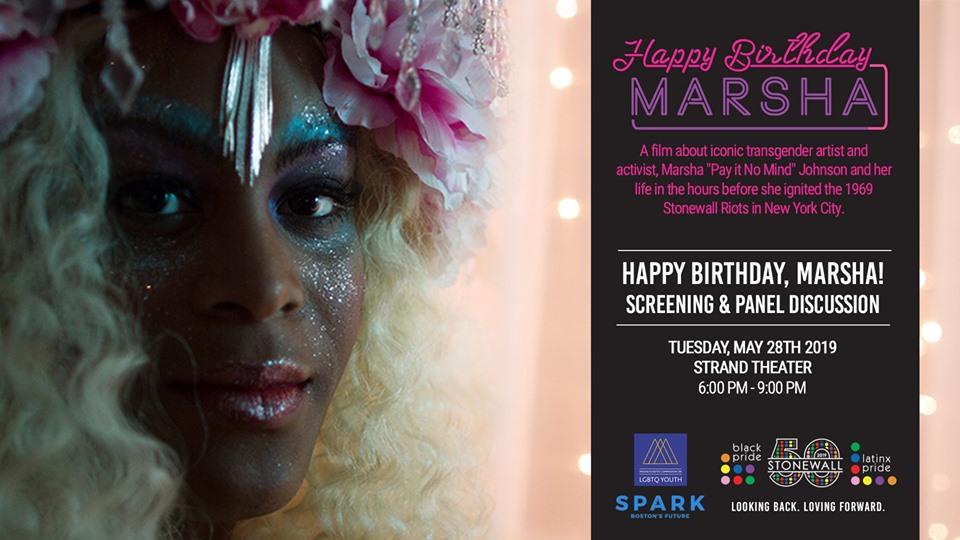 Pride Events in Boston and Beyond

Coming off the Commission’s recent participation in May’s Youth Pride, we will head next to Boston Pride, where the Commission will be supporting a Marsha Johnson contingent in the Parade led by Black Pride, and also supporting a contingent for LGBTQ-inclusive schools. The Commission will also have a resource table open all day during Boston Pride and encourages the public to stop by and learn more about our work. We are excited to be joined by staff, volunteers, GSA members, and the many LGBTQ individuals and advocates involved in our mission.

The Commission hopes to have representation at other Pride events throughout the summer, including Berkshire Pride and North Shore Pride. We encourage both event organizers and potential tabling volunteers to contact us at commission@ma-lgbtq.org to arrange participation.

The Commission is also excited to announce a partnership with the Worcester Historical Museum and their LGBTQ history exhibit, “LGBTQ+ Worcester - For the Record.” This exhibit and its related programming will run through October 2019. The Commission is pleased to be involved in several events relating to LGBTQ youth, including LGBTQ youth of color, who are not always represented in mainstream depictions of LGBTQ rights history despite people of color playing a key role therein.

The first of the events in which the Commission will serve as a partner is “The Riots That Sparked the Gay Revolution,” an event in recognition of the 50th anniversary of Stonewall. This event will take place on Thursday, June 20, 2019, 7 - 8:30PM. The program will revisit Stonewall activism and will feature Jennifer Brier, PhD, writer and historian of the LGBTQ rights movement. The Commission is excited to partner with the Worcester Historical Museum to share this opportunity with LGBTQ youth in Worcester and beyond.

More information about the June 20th event is available here. You can also learn more at the Worcester Historical Museum website or by emailing us at commission@ma-lgbtq.org.

The Commission is an independent state agency that helps all youth thrive.
More