Boston, MA — On April 4th, 2019, over 100 people filled the State Library of Massachusetts to see the release of the annual report of the Massachusetts Commission on LGBTQ Youth (now available for download here). In addition to issuing its yearly recommendations to the Governor, Legislature, and state agencies, the Commission also reported on new data on LGBTQ youth in the Commonwealth, which included new findings on the disparities facing LGBTQ youth of color and female- and femme-identified lesbian, bisexual, transgender, and queer youth.

Following remarks by Representative Kay Khan on the issues of conversion therapy and homelessness among LGBTQ youth, Senator Julian Cyr spoke about his time as the Chair of the Commission and led the formal swearing-in ceremony of the Commission’s 50 members.

The Commission was also proud to present its Advancing Equity Award to several community members who work in the Commission’s core issue areas of increasing inclusion, advancing justice, improving health, and ending homelessness:

In to days since the release of the annual report, the Commission has welcomed the increased coverage of LGBTQ youth issues and the new findings of the report in the media:

BNN invited the Commission’s director on for an in-depth interview:

Good Morning BU hosted us for a live conversation on LGBTQ youth: 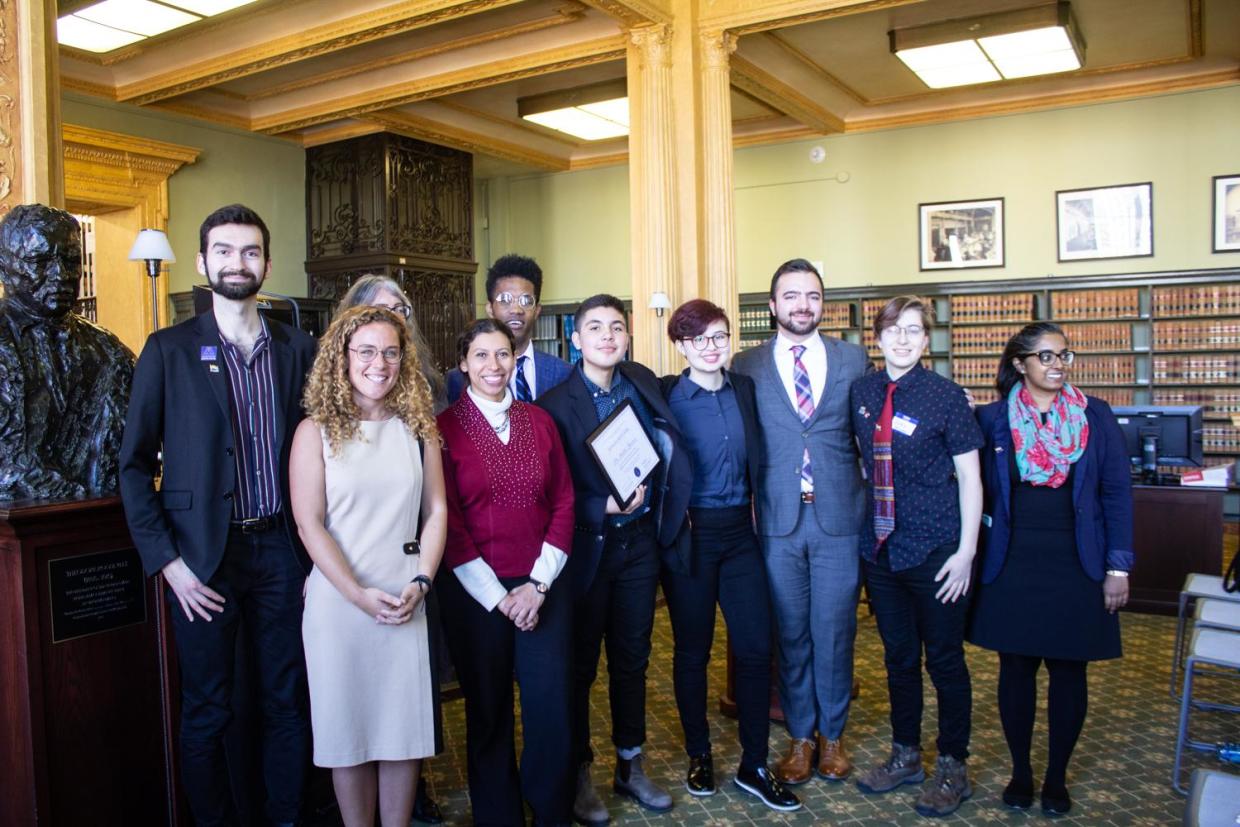 The Commission is an independent state agency that helps all youth thrive.
More