This page, MCAD Public Awareness Campaign 2019, is offered by

Summer 2019, MCAD launches a public awareness campaign on public transportation and billboards across the Commonwealth.

Boston- The Massachusetts Commission Against Discrimination (MCAD) first public awareness campaign, on public transit and billboards across the Commonwealth during summer 2019. The ads highlight the array of services that the agency performs to effectuate its mission to eradicate discrimination in the Commonwealth.

Inspiration for the Campaign

The MCAD had a surge of discrimination complaints filed during the #MeToo movement and many who filed during this period reported not previously knowing about the agency. This inspired the MCAD to launch a public awareness campaign educating the public about the agency and the different functions it performs for the Commonwealth.

The ads detail the methods used by the MCAD to eradicate discrimination, including the investigation of claims, prosecution and adjudication of discrimination cases, and providing preventative training for employers, businesses, landlords and the public. The campaign seeks to highlight how the agency corrects discrimination after it's occurred and educates against discrimination before it occurs.

Highlighting the Purpose of the MCAD 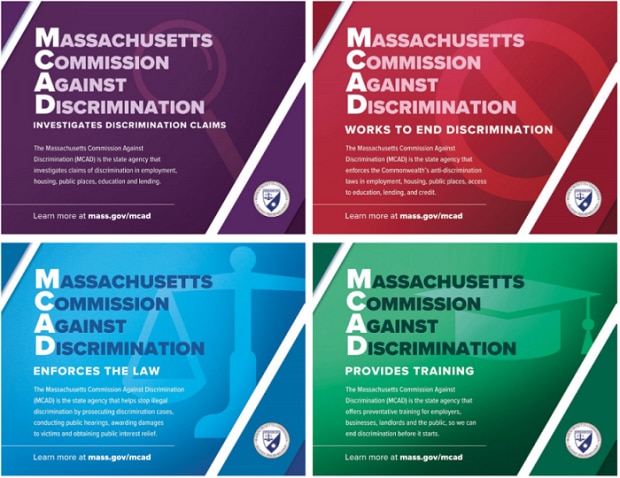 The ads highlight four of the main functions MCAD serves as a state agency; 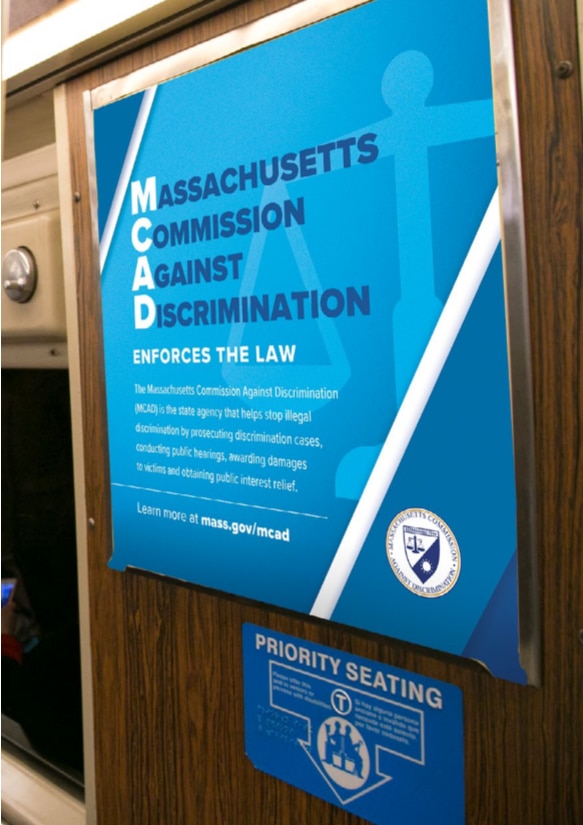 The campaign will be featured on subway cars, commuter rail, platforms, stations, and billboards, as well as on the buses run by the Pioneer Valley Transit Authority and the buses of Worcester Regional Transit Authority. In addition, there will be animated displays featured at various public transportation stations.