Last renovated in 1898, the State House Senate Chambers sits directly below the golden dome on the third floor of the oldest and original part of the building. 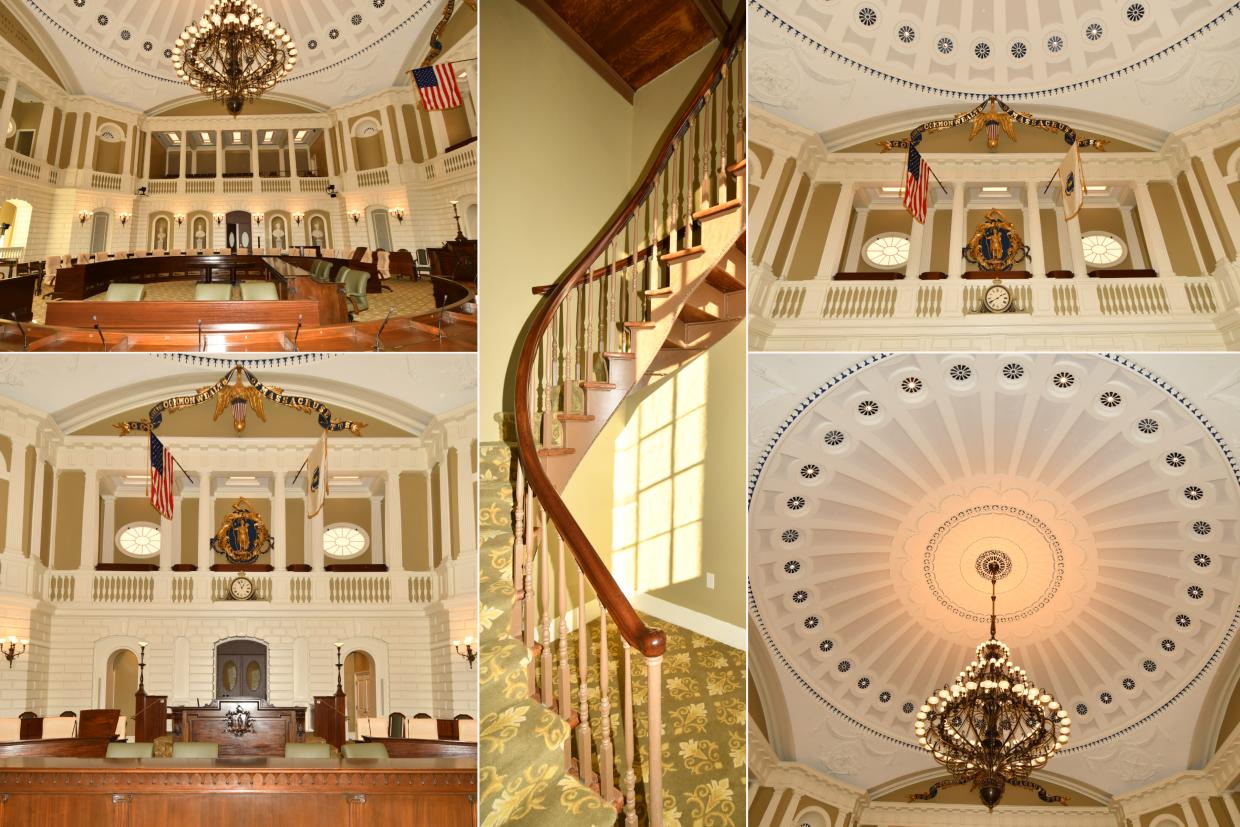 Originally designed by Charles Bulfinch, the facility has had little changes since then. Age, wear, poor environmental systems and more than 20 coats of paint had led to cracked cornices, falling ceiling pieces and leaning columns. The space needed new or upgraded HVAC, safety, audio and information technology/data systems along with accessibility and functional improvements.

The Senate Chambers project team expertly modified the historical space to meet today’s needs while preserving its historical character.  All interior finishes were analyzed, removed and replaced with similar products.  More than 1500 individual wooden panels were removed, tagged, numbered, stripped of over 20 layers of paint, repainted and reinstalled in their original locations. The President’s Rostrum was redesigned to be ADA compliant while preserving its historical front piece, and the chamber’s large, curved desks were raised to accommodate wheelchairs. Modern HVAC systems were hidden within the restored dome and acoustical panels were seamlessly nested within the concave recess between the dome ribs of the chamber.  The historical Cod Chandelier was lowered, disabled, shipped off site where it was cleaned, restored and rewired. Once done, the chandelier was reassembled and raised to take its prominent location within the chambers.