This section describes the makeup and responsibilities of the Office of Medicaid (MassHealth)—A Review of MassHealth Member Eligibility at the Springfield Enrollment Center.
Skip table of contents

Under Chapter 118E of the Massachusetts General Laws, the Executive Office of Health and Human Services, through the Division of Medical Assistance, administers the state’s Medicaid program, known as MassHealth. MassHealth provides access to healthcare for approximately 1.9 million low- and moderate-income children, families, seniors, and people with disabilities annually. In fiscal year 2018, MassHealth paid healthcare providers more than $15 billion, of which approximately 50% was funded by the Commonwealth. Medicaid expenditures represent approximately 39% of the Commonwealth’s total annual budget.

According to Section 502 of Title 130 of the Code of Massachusetts Regulations (CMR), to be eligible to receive MassHealth benefits, an applicant must meet the following eligibility requirements.

To assist individuals who are either initially applying for MassHealth benefits or seeking to renew benefits they are already receiving, MassHealth operates four enrollment centers, located in Tewksbury, Chelsea, Taunton, and Springfield. Enrollment centers are open from 8:45 a.m. until 5:00 p.m. on weekdays for customer service either in person or by phone.

All of MassHealth’s enrollment centers are overseen by MassHealth’s chief operating officer. During the audit period, the Springfield enrollment center was staffed with a director, an assistant director, three managers, and approximately 55 other employees. Enrollment center employees are responsible for analyzing documentation to ensure accuracy and completeness to support eligibility determinations, interpreting eligibility rules and procedures, helping members complete forms, replying to member inquiries, providing information about eligibility requirements, and serving as agency representatives at hearings by preparing and delivering explanations of eligibility decisions.

To determine whether applicants qualify for MassHealth coverage, MassHealth considers the earned and unearned income of all family members in a household: 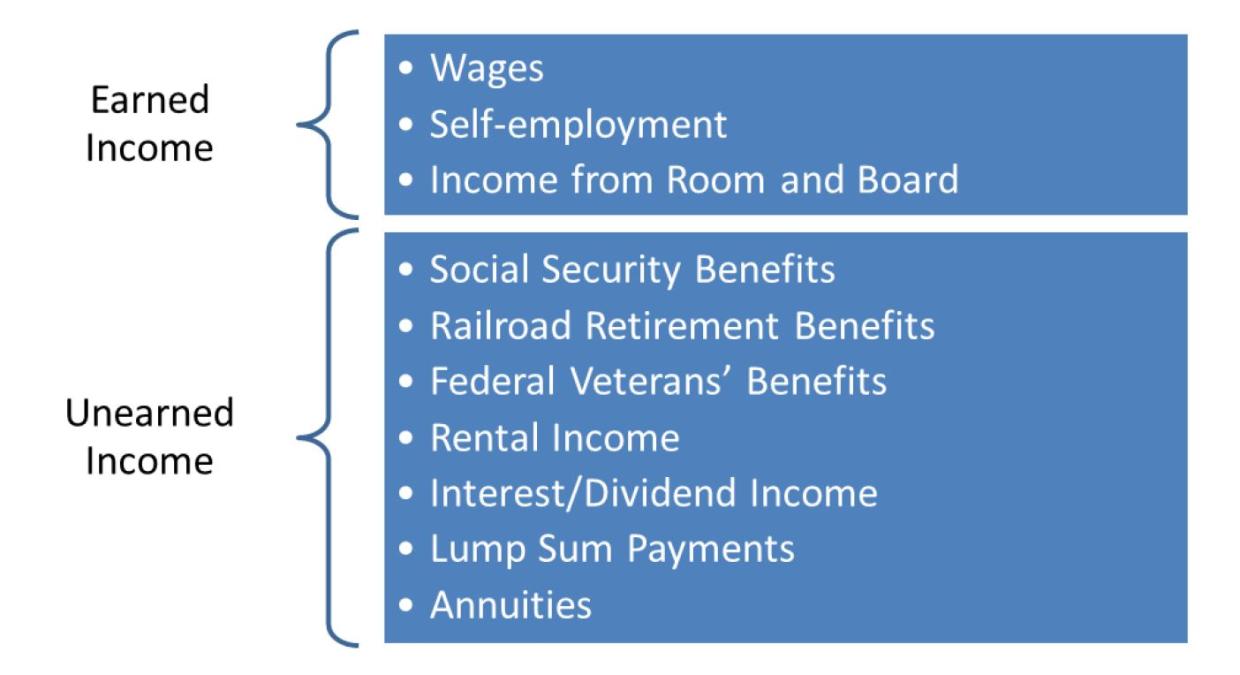 A family’s total income, both earned and unearned, cannot exceed a designated percentage of the FPL. The applicable percentage is based on the family size, as shown below.

Applicants who come into the Springfield enrollment center can fill out an application online before walking into the center or can complete one once they arrive with the help of the center’s staff. The application requires an applicant to provide information such as name, Social Security number, date of birth, household income, family size, and place of residency. The enrollment center’s staff enters the application information in either the Health Insurance Exchange (HIX) for applicants 65 and younger or the MA-21 system for applicants who are older than 65 and/or require long-term care.

For each application, MA-21 performs several administrative tasks, such as performing a data match with the Social Security Administration to determine whether the applicant is receiving Social Security benefits and sending required verification request forms to applicants if any information is missing. Once these tasks are completed, MA-21 determines whether the applicant meets all of MassHealth’s eligibility requirements and, if so, determines the most comprehensive healthcare coverage type for which the applicant is eligible.

The Commonwealth’s Health Connector1 uses HIX, the eligibility system required by the Affordable Care Act for those younger than 65. On the application in HIX, the applicant enters his/her household information, including family size, projected yearly incomes of working household members, proof of Massachusetts residency, and whether any household members currently have health insurance. MassHealth interfaces with a federal data hub that matches the income and residency information on the application to the information reported by various sources (such as the applicant’s employer/s) to the federal Internal Revenue Service (IRS), the Massachusetts Department of Revenue, and the federal Social Security Administration. If any discrepancies are discovered, MassHealth sends the applicant a request for additional documentation to support the application.

Additionally, MassHealth uses a matching process within HIX to determine whether the income that a person reports on an application is reasonable. To be considered reasonable, the amount on the application has to be within 10% of what has been reported to other sources (e.g., the IRS) as determined by the matching process. If the amount is determined to be reasonable, the applicant is deemed to have met the asset/income eligibility requirements. If the amount is determined to be unreasonable, MassHealth sends the applicant a letter requesting additional information. According to 130 CMR 520.009(C)(3), such information could include the following:

Once any requested additional information is received, the enrollment center’s staff scans all documents into a system called MyWorkStation. The staff reviews it and uses it to calculate the income to use to determine whether the applicant has met the program’s income eligibility requirements. If the enrollment center staff determines that an applicant does not meet the requirements, the application is denied, and if the applicant is applying to renew benefits, the current benefits could be revoked.

1.     The Commonwealth Health Connector was established in 2006 to provide affordable health insurance to Massachusetts citizens. People who do not meet the required income eligibility levels to participate in MassHealth are referred to the Health Connector.