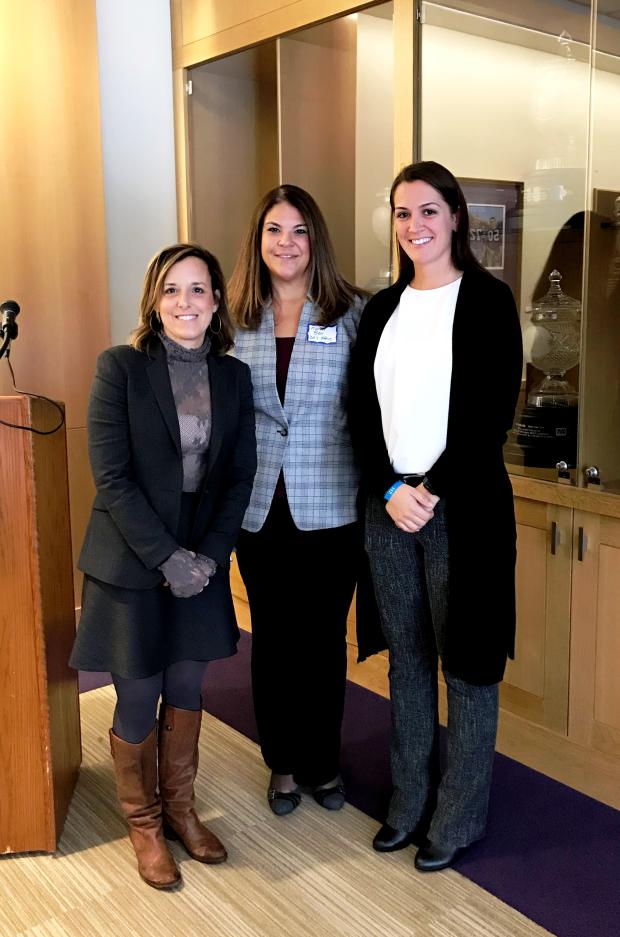 The training sessions were held at Weston Team Center at the college campus on Tuesday and Wednesday. It is another step in Berkshire District Attorney Andrea Harrington’s plan to significantly scale up the county’s response to gender-based violence.

“This is an important component of my administration’s emphasis on aggressively prosecuting gender-based violence,” Harrington said.

“That first contact with law enforcement is vitally important for protecting victims and prosecuting those who commit these crimes. We are so glad to bring these resources to officers from all over Berkshire County as we work together to improve the county’s response to domestic and sexual violence.”

The training is eyed to modernize response by focusing on risk factors, understanding the victims, and utilizing new tools. It looked to build collaboration with police officers who respond to the scene.

Assistant District Attorney Megan Tesoniero discussed tools such as the strangulation worksheet – a particularly important tool because when a victim is strangled one time by an intimate partner, the victim is 750 percent more likely to be killed by that partner.

Strangulation can be difficult to spot. Half of strangulation victims show no visible injuries and 35 percent showed injuries too minor to be photographed. The training noted signs and symptoms of strangulation police can note during an investigation.

The Berkshire District Attorney’s Office adopted a policy on evidence-based prosecution, which means the office will move forward with charges in cases of domestic violence whether or not the victim is willing to testify. Much of the conversation over the two days was on the type of evidence and follow up officers can do to assist moving those cases forward.

Tesoniero said that type of prosecution does not let an abuser dictate the outcome and protects victims. However, it often faces challenges with victims recanting statements or the defense attacking her credibility. The training included the types of evidence that can be used in court to prove the abuse occurred.

Williams outlined the dangers involved when officers arrive on the scene while reminding law enforcement what they are there to do – investigate a crime. That includes entering the premises if there is probable cause and making an arrest if there is probable cause that a crime has been committed. He emphasized documentation of the scene, injuries, damage to the home, and more. Those pieces all contribute to a successful prosecution.

Williams also emphasized the importance of using risk assessments and the strangulation worksheet to better protect the victim.

Director of Victim Services Lisa McCue spoke of risk factors for victims and Dr. James Hopper spoke about the behavioral responses victims have to sexual assault cases and ways to best support victims at the moment.

McCue said there are 10 victim witness advocates in Berkshire County, including a newly created position of a domestic violence coordinator, who are trained on the dynamics of domestic violence, safety planning, and services. They ensure the victim’s voice is heard and can talk them through all aspects of the legal process.

Victim witness advocates build trust with victims who are often fearful of the criminal justice system. She explained to the audience how the situation looks through the eyes of a scared victim.

When a victim is scared, she may take responsibility for the offenders’ actions, try to hide abuse, choose not to obtain a restraining order, bail the abuser out of jail, and recant statements, and accuse officers of lying. Those responses are part of the ongoing pattern by the abuser to control what a victim feels, thinks, says, and does.

McCue said proper victim engagement shapes and sets the tone for future interventions – because most cases do require ongoing intervention. She gave tips such as be patient, ensure that the victim knows how to contact officers, encourage reporting, minimize the victim’s need to confront the offender, enter a dialogue rather than treating her like a data point, and avoid unintentionally reinforcing the abuser’s actions.

She continued to provide tips for responding to children witnesses, such as avoiding arrests in front of children, determining when to remove both caretakers and notifying the Department of Children and Families.

Hopper is a part-time instructor of psychology at Harvard Medical School who answered the question as to why victims don’t scream or fight as one would expect in such a case and instead have disconnected memories, become paralyzed, or make relatively passive, “habit-based” responses such as “I have to go” to ward off unwanted sexual advances.

Those responses stem from the brain’s defense mechanisms, he explained, as he detailed the science behind human responses to traumatic situations. Understanding that neurology helps investigators and prosecutors get a clearer picture as to why the victim responded in certain ways.

Those sentiments were echoed by survivors who spoke throughout the program. The presentations emphasized that the victims do not act as one would expect at that moment. State Rep. Alyson Sullivan poignantly made that point as she recalled her own personal story, telling officers that the victim may want the help but will act like they don’t when officers make contact.

Western Mass Regional SANE Coordinator for the Department of Public Health Mary Walz-Watson spoke on the SANE process. The Sexual Assault Nurse Examiner is a registered nurse with advanced education in the collection of forensic examination of sexual assault patients.

The state SANE program is operated by the Massachusetts Department of Public Health and responds to care for sexual assault patients at 29 hospitals and eight children advocacy centers, including Berkshire Medical Center. The nurses are available at all times and for all ages. Testimony of a SANE nurse results in a 90 to 95 percent conviction rate, according to Walz-Watson.

The forensics collected by a SANE supports a victim’s report of sexual conduct, possible lack of consent, and establishes the identity of the attacker.

Harrington identified domestic and sexual violence as a top priority after taking office in January. The office implemented evidence-based prosecutions, created a domestic violence coordinator position, rewrote policies as to when victims can receive service, implemented a new system of tracking sexual assault complaints from when they are lodged rather than when charges are filed, trained several staff members to be certified on the Address Confidentiality Program, created a high-risk prosecutorial team to work with Police Departments, conducted a fatality review, and created the Berkshire Domestic and Sexual Violence Task Force to improve community response.

The effort is not just to protect individual victims but to protect the community as a whole. Evidence shows a clear link between domestic violence and gun violence and that most of those who commit rape will do it again.

The emphasis on domestic and sexual violence is a dramatic shift for Berkshire County, which has a rate of restraining orders 37 percent higher than the state average. The lives of eight women and children were lost in the last two and a half years or so due to partner violence.

“Under my administration domestic and sexual violence will be treated with the seriousness it deserves and will not be disregarded as a private matter. A brutal assault is a brutal assault regardless of whether or not those involved are in an intimate relationship,” Harrington said. 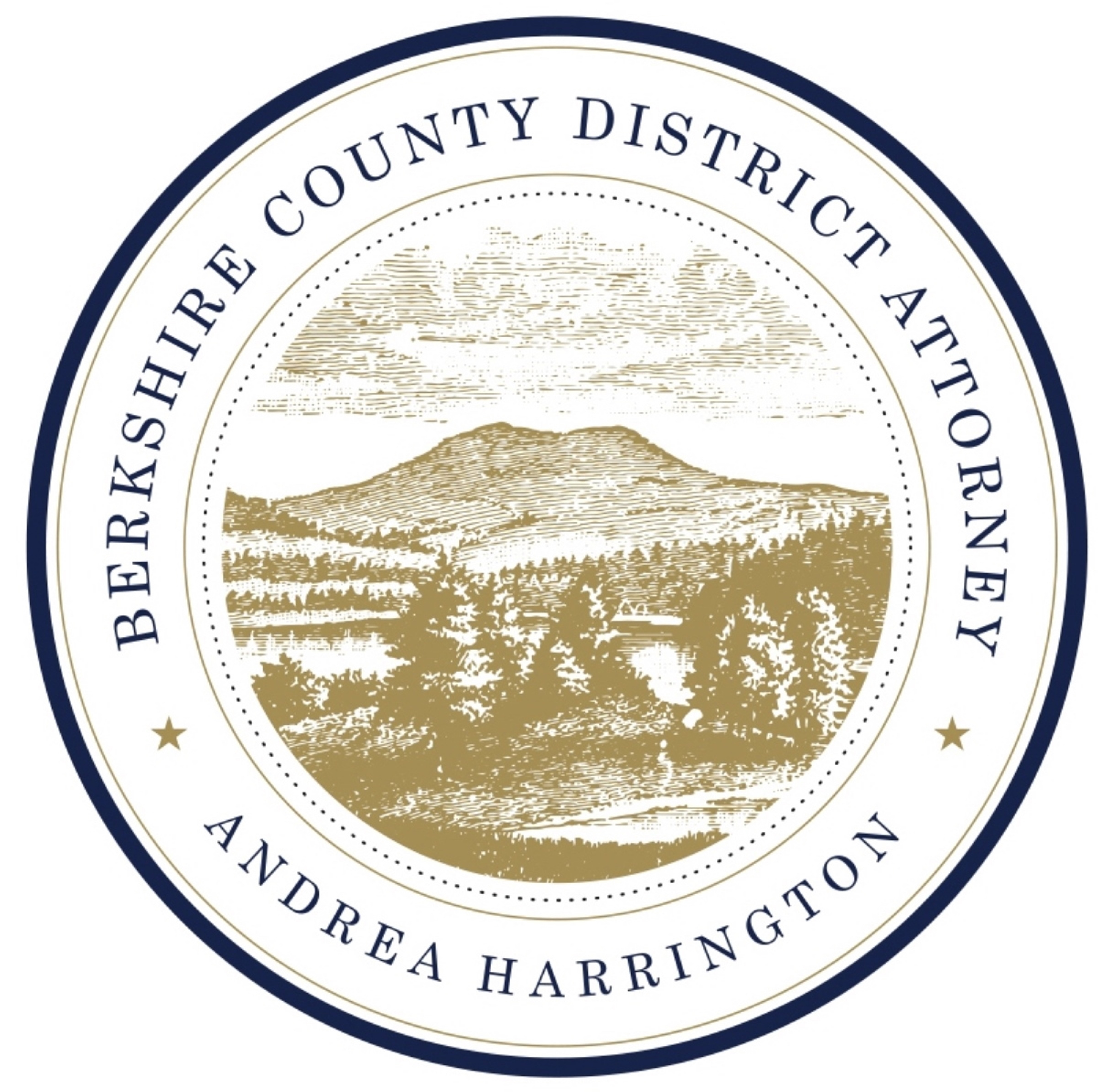 Thanks, your message has been sent to Berkshire District Attorney's Office!