MASSACHUSETTS — BOSTON, MA – January 19, 2023 – Massachusetts had 41,163 initial claims (IC) for regular Unemployment Insurance (UI) during the month of December, an increase of 15,363 from the previous month. Most initial claims this month were seen in Construction, Administrative & Waste Services, and Food & Accommodation. Continued Weeks Claimed (CWC) increased by 47,668 from the previous month to 239,362. Construction, Administrative and Waste, and Food and Accommodation Services saw the highest number of continued claimants1 this month.

The Pandemic Emergency Unemployment Compensation (PEUC) program, which was implemented on May 21, 2020, had a total of 11 initial claims and continued weeks claimed decreased by 147. The PEUC program ended on September 4, 2021.

The federal/state Extended Benefits (EB) program, which triggered on May 3, 2020, due to the high volume of claims, had no initial or continued week claims filed in the current month. The EB program ended on July 17, 2021.

The Federal Pandemic Unemployment Compensation (FPUC) program, which was implemented on May 21, 2020, and provided an additional $300 per week on top of regular benefits, also ended on September 4, 2021, and has had no changes since.(*2) 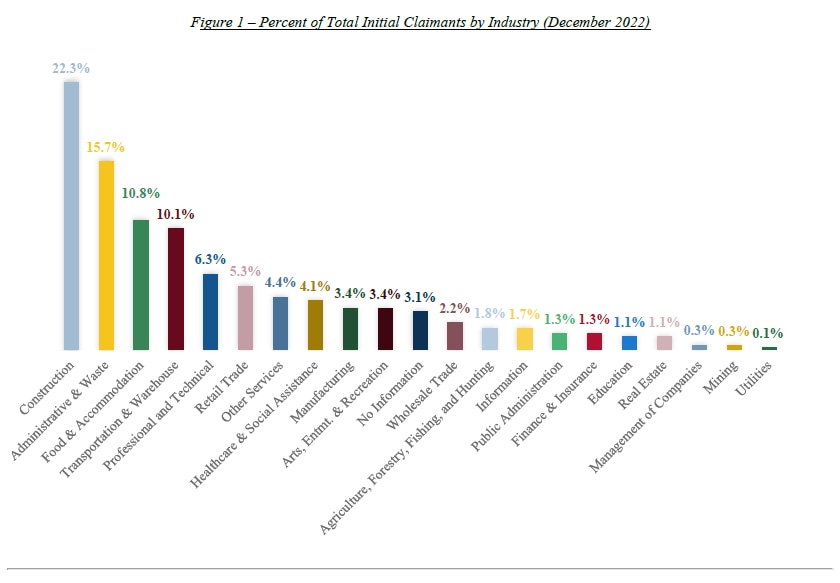 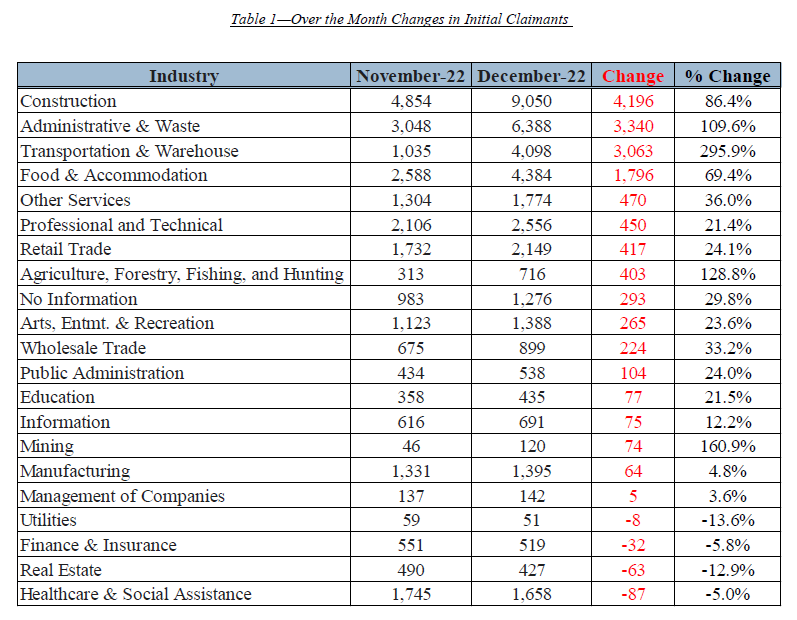 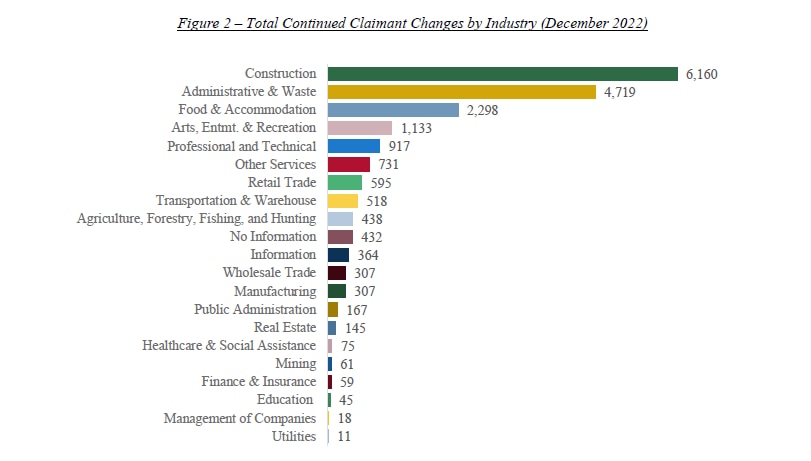 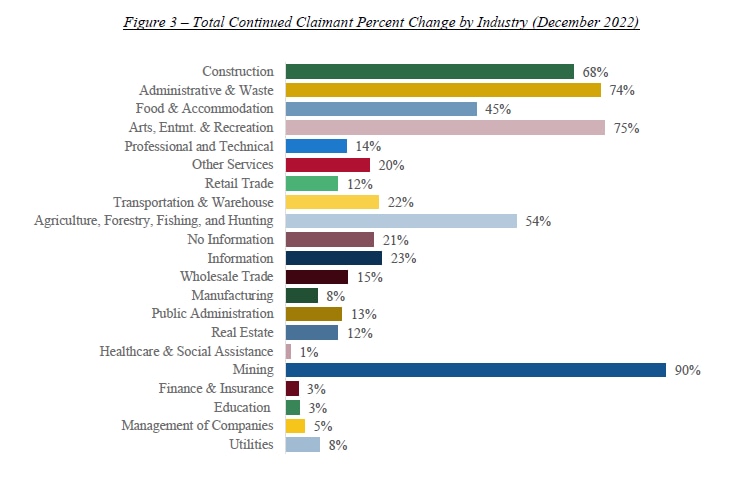