Personnel to assist federal authorities in the nation’s capital under Jan. 25 order
For immediate release:

Boston — In response to a request from federal authorities for continued support, approximately 400 members of the Massachusetts National Guard will depart this weekend for Washington, D.C., to provide ongoing public safety support to local, state, and federal agencies in the region.

As with earlier Massachusetts Guard assistance in the nation’s capital, the deployment falls under Governor Charlie Baker’s Jan. 25 activation order, which made up to 700 Massachusetts National Guard personnel available at any given time to augment the security and logistics capabilities of various agencies in the region. With the Governor’s consent, this second phase of the federally funded mission is expected to last for 10 weeks. Previously, around 600 Soldiers and Airmen were deployed to the support mission and returned home on Feb. 22.

The mission will not interfere with the Massachusetts National Guard’s ability to respond to and assist in emergencies within the Commonwealth.  The Guard will ensure all appropriate health protection measures are implemented leading up to, and throughout, the mission. This includes pre-departure screenings, COVID-19 testing, and mandatory mask wear. Additionally, Soldiers and Airmen will have individual rooms while deployed to the D.C. area to further reduce risks during this pandemic.

The Massachusetts National Guard trains regularly with military, law enforcement, and civilian agencies to provide a broad spectrum of services in support of security, logistics, disaster relief, and other missions. The Guard has a proven track record of success supporting civilian authorities and their frequent side-by-side training with state and local first responders makes them well-suited for this mission. 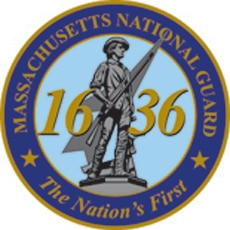 The Massachusetts National Guard is an operational reserve of the United States Army and Air Force that provides ready, relevant and reliable troops and equipment to respond to natural disasters or other civil emergencies when activated by the Governor. The Guard also supports the federal military mission when activated to duty by the President of the United States.
More