Commission found reasonable cause to believe Beals violated the conflict of interest law
For immediate release:

Boston, MA — The State Ethics Commission issued a Public Education Letter today to former Winchester Zoning Board of Appeals member Lawrence Beals to resolve allegations that he violated the conflict of interest law. According to the letter, while a developer’s special permit application was pending before the ZBA, Beals did work for the developer and was paid in connection with the application.  The letter also states that on another matter, Beals created the appearance of bias by participating as a ZBA member in connection with another special permit request.

Since 1990, Beals has been the owner of Beals Associates, a private engineering consulting firm. According to the letter, a real estate developer hired Beals Associates to perform work related to the proposed Winning Farm residential building project in Winchester in 2016 and 2017. While Beals served on the ZBA, a representative from his firm appeared on behalf of the developer at a ZBA hearing on a special permit for the project, and Beals personally met and communicated with project abutters on behalf of the developer, the letter states. When the ZBA voted to approve the special permit for the project in May 2017, Beals properly recused himself.

When a city or town has a direct and substantial interest in a matter, the conflict of interest law generally prohibits its employees from representing or doing paid work for anyone else in connection with the matter. The Commission found reasonable cause to believe Beals, while a ZBA member, violated this requirement when he met with Winning Farm abutters on behalf of the developer and when his firm did paid work in connection with the project.

The letter also states that Beals violated the conflict of interest law by creating an appearance of bias when he acted on a request from an abutter to the Winchester Boat Club. Beals was a member of the club, had served in multiple positions for the club, and provided it with pro bono services. According to the letter, the abutter had vocally opposed the Boat Club’s proposed expansion in a “fairly contentious permitting process” in 2016. When the abutter requested a special permit from the ZBA in 2017, the abutter asked Beals to recuse himself because he felt Beals would be biased against anyone who had opposed the Boat Club’s expansion. Beals participated in the ZBA’s discussion, questioned the abutter, and made suggestions to the rest of the board, the letter states. He abstained from the ZBA’s vote.

The conflict of interest law requires that when there are circumstances that create a reasonable impression that a public employee would be biased or improperly influenced when participating in a matter, the public employee may not participate without first filing a written disclosure describing those circumstances. The Commission found reasonable cause to believe that Beals violated this requirement by participating in the ZBA’s discussion of the abutter’s permit request without first filing a disclosure regarding his history with the Boat Club.

The Commission chose to resolve this matter through a Public Education Letter, rather than through adjudicatory proceedings, because Beals may have incorrectly relied on past advice from the Commission, and because it determined the public interest would be best served by publicly explaining how the conflict of interest law applies to Beals’ alleged actions. Beals agreed to the issuance of the Public Education Letter and chose not to exercise his right to a hearing. 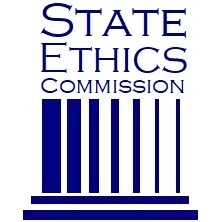 The State Ethics Commission is an independent state agency that administers and enforces the provisions of the conflict of interest law and financial disclosure law.
More

Public Education Letter In the Matter of Lawrence Beals

Educational Materials Related to the Conflict of Interest Law Divided Loyalties Restrictions (G.L. c. 268A, §§ 4, 11 and 17)