This page, Daniel Dewey, is offered by 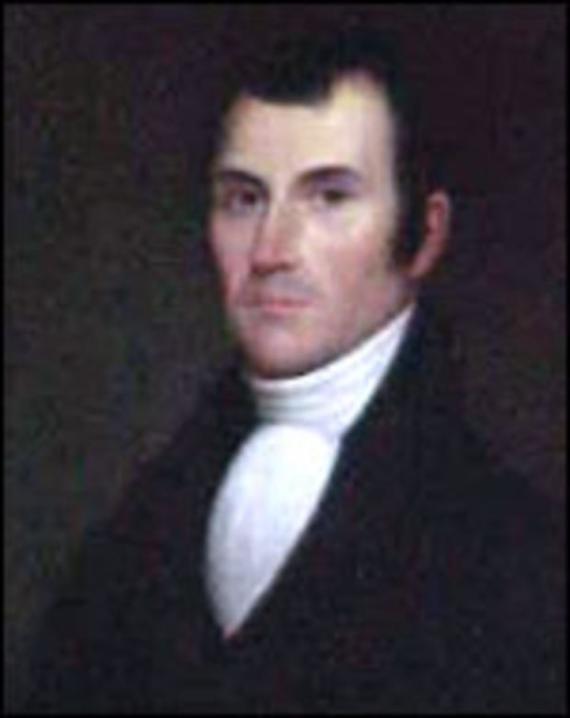 A sketch of the Life and Character of the Hon. Daniel Dewey, Deceased, late one of the Justices of this court. Addressed to the Grand Jury, at the opening of the court at Wiscassett, June term, 1815.

At this time last year, the Grand Jury were addressed by the late Chief Justice Sewall, then apparently in full health of body and vigor of understanding. Two days afterwards his mortal remains were interred within this town.1 Occasion has been taken to speak of the virtues of his heart and the powers of his mind. It is to be hoped that they are recorded in the hearts of his fellow-citizens, and that his memory will be as durable with the community as it is precious with his friends.

At the same term Judge Dewey was an associate upon the bench, and followed his lamented friend and brother to the grave. Judge Dewey is now no more. The seat destined for him on this circuit is vacant; and all that remains to us of him is the remembrance of his past life, his amiable temper, his modest and retired manners, his diligence and activity in business, his wise and impartial administration of justice, his true love of his country, and his exemplary piety and devout obedience to the will of his God. In all these respects he was distinguished; and his character deserves a more minute and particular description than can be given by me under present circumstances.

With his early life I am unacquainted; but from his peculiarly correct habits, and exactness in the performance of duty, either arising from external obligation or resulting from a sense of duty, there can be no doubt he was happy in wise and faithful parents. For almost all we see of rectitude, in the opinions and conduct of the man, may be attributed to early instruction and continued example in childhood and youth. He received his education at Yale College, where he must have been an attentive and diligent scholar; for we found him advanced in those branches of knowledge which are seldom acquired but under the discipline and advantages of a university and which are not gained even there, but by the laborious efforts of the student. After completing his collegiate course, he became a student in the office of the late Judge Sedgwick, a master well qualified to develop the faculties of the young, and to impress on their minds the importance of a strict adherence to sound principles.

It was from Judge Sedgwick I received the first knowledge of this excellent man, and this was long before I had a personal acquaintance with him. He represented him as possessing a purity and simplicity of character rarely united with such powers of mind, as void of all ambition but that of doing right, as unassuming and even humble in his opinion of himself, and as exhibiting, in the whole course of his business and engagements with the world, that stern integrity of thought and action, accompanied with that urbanity and kindness of manner, which commanded the respect and confidence of all people at all times. In such times of political division as we have unfortunately lived in, to be believed honest, able, uncorrupt,and a friend to one's country, by the party opposed to us, is, perhaps, the most conclusive evidence of our title to such a character , for it is the testimony of those who may, in a certain sense, be considered as enemies. This evidence exists with regard to our departed friend.

The citizens of the county of Berkshire, which was the principal theatre of his active employments, loved and revered him. He is almost the only man, in an elevated rank, of fixed and unalterable political opinions, and who was never remiss in enforcing those opinions, that has been at no time calumniated. I do not know or believe, that an instance exists of his having been charged with unjust conduct or improper motive, although his public duty compelled him to take an active part in bringing to merited disgrace two prominent and popular officers of high rank in the State, who had basely abused the public confidence. His public station, as a member of the executive council, imposed upon him the duty of investigating the official conduct of the persons alluded to; and, however reluctantly he entered upon a task so unpleasant to a man of his gentle temper, a sense of duty to his fellow-citizens bore him through, until he had completely exposed the delinquencies which had been suspected, but which it was difficult to believe.

Having served the Commonwealth two years in the council, he was elected a representative in the Congress of the United States, by the district consisting of the county of Berkshire, which, for four or five successive elections had filled the seat with a person of opposite political opinions. His election may, therefore, be considered as furnishing strong evidence of the weight of his character in that section of the State, and of the respect of the people for real worth, which is so rarely permitted to triumph over the interests and feelings of party.

On the happening of the vacancy on this bench, occasioned by the death of the late Chief Justice Parsons, Judge Dewey was selected by Governor Strong as highly qualified for the place. He well knew the qualities of his head and heart, and was doubtful only whether the debilitated state of his constitution might not render the duties of the office too arduous for him to undertake. He had probably been, for several years, declining under the slow but sure progress of that ever fatal disease, the consumption of the lungs; a disease which, while its ravages upon the human frame become daily more visible to every eye, by its gradual encroachments inures its victim to suffering, and still inspires the hopes of recovery, as it undermines the foundation of those hopes. Judge Dewey hesitated much upon the acceptance of the appointment. He was needlessly diffident of his capacity to discharge the duties of the office, and he was also fearful that his constitution was too slender to allow him to undergo its labors. He had, however, apparently gained health by his residence in the milder climate of the city of Washington, and his friends entertained a hope, which they communicated to him, that the exercise and change of air, incident to the duties of the office, would aid in the restoration of his health and strength. He communicated to me, however, his resolution to make the experiment for a year only; and, if he found his constitution not improved, to resign rather than to continue to fill a place, the whole duties of which he should find himself unable to discharge. Having found the experiment unsuccessful, he had come to the resolution to forward his resignation to the Governor at the present meeting of the council. A sudden and violent increase of disease terminated his life, probably before he had executed his intention.

While upon the bench he exhibited all the useful and desirable qualities of a judge, in as great a degree as was possible for one laboring under so painful and distressing a complaint. He was patient, dispassionate, diligent, and intelligent. He discovered to his brethren, that he possessed a deep knowledge of the principles of law, and of the rules of practice; that he was liberal and enlarged in his views, candid in his opinions, compassionate in his feelings, but inflexibly just in his decisions. He was truly such a man as every virtuous and enlightened people would desire to see placed in the judgment- seat; possessing knowledge without vanity, learning without ostentation, wisdom without severity; tempering judgment with mercy, and always desirous to establish law on its true foundations, equity and right. The short period he remained upon the bench, and the state of his health while there, have concealed, in some measure from the public, the degree of his merits, and the extent of their loss. But we, who have been associated with him in private consultations and important discussions, know that if he had possessed health of body, proportioned to his intellectual powers, his place could not be better filled, than by a man in all respects like him.

The loss of such a person is at all times a public misfortune; but especially when the wise, and the learned, and the faithful of the land seem to be passing away in rapid succession. Four Judges have been taken from this bench in the short period of three years; all of them distinguished men, and ornaments to their country. We must bow with submissive reverence to the will of the Almighty, whose judgments are always right, although often to us inscrutable. We must remember the example of those who have gone before us, and thus make their past lives useful to ourselves and to the Commonwealth; and we should be reminded by these frequent visitations, that we also may ere long be summoned hence, and ought to be found, whenever that time shall arrive, in the way of our duty, that we may hope for mercy.

The memory of such a man as our departed friend should be long cherished in the community, that the usefulness of his character may not cease with his life. The younger members of the profession, which he honored, should be taught, that it was by diligence in his calling, by fidelity to the Courts and his clients, by fair and honorable practice, and by strict integrity in all his dealings, that he acquired the respect and affection of his brethren, and the confidence of the public. The statesman should remember, through his example, that inflexible adherence to correct principles, a real pursuit of the public interest, and a manly and independent, but candid conduct towards those whom it may be his duty to oppose, is the only path to an honorable and permanent popularity. And citizens of every class should be taught to regard him as a pattern of domestic virtue, of private excellence, and of genuine patriotism. Thus, although removed from our sight, he may continue to dispense good to that community, which, had his life been spared, it would have been his delight and ambition to serve and to improve.

1 A handsome obelisk has been erected to his memory, in the burial-ground at Wiscasset, by the members of the bar in Massachusetts.