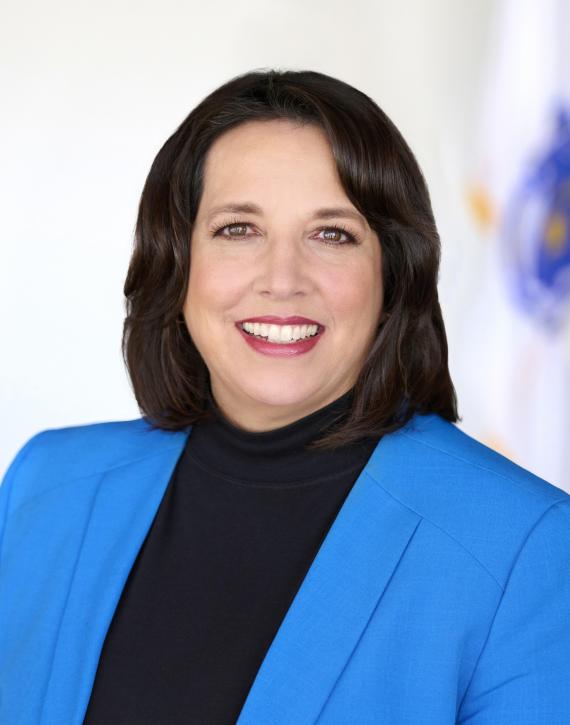 Working collaboratively with state officials and local partners, Driscoll secured sizable public and private investments, including a new MBTA train station, a state courts complex, senior center, ferry and waterfront port at Salem Wharf, and positioned Salem as the primary marshaling port for the forthcoming Commonwealth Wind project that will serve residents across Massachusetts and New England, establishing the City as a national leader in the offshore wind sector.

From passing one of the first fully-inclusive LGBTQ non-discrimination ordinances in Massachusetts, to securing major investments in veterans’ benefits, standing up for immigrants’ rights, and enacting one of the first age-friendly action plans certified in the Commonwealth, Salem under Driscoll’s leadership has been – first and foremost – an inclusive community that welcomes everyone.

A proud mother of three children who attended Salem Public Schools, Driscoll chaired the Salem School Committee as Mayor. She helped push for collaboration and strategies to improve Salem’s schools and for added investments to support teachers and students. Under her leadership, Salem became one of the first communities in Massachusetts to adopt the expansion of free, high-quality early education opportunities starting at age four.

The daughter of a Navy chef from Lynn and an accountant’s assistant from Trinidad, Driscoll spent her childhood in a number of states, before attending Salem State University where she studied government and became a stand-out athlete on the women’s basketball team. Like so many Salem State students, she fell in love with Salem and made it her home after graduation, pursuing a career in municipal government, and married her college sweetheart, a second-generation union bricklayer.

Beginning with a position as the City of Beverly’s Community Development Director after college, Driscoll embarked on her long career of service to municipalities and went on to earn her law degree from the Massachusetts School of Law. Before becoming the Mayor of Salem, Driscoll served as the City of Chelsea’s Chief Legal Counsel and Deputy City Manager, and also served on the Salem City Council.

Exemplified by her extensive and successful career in local government, Lieutenant Governor Driscoll is focused on working with Governor Healey to create a forward-looking Commonwealth and communities that work for, empower, and include all who call Massachusetts home, as well as those who aspire to do so.

Governor Healey and Lieutenant Governor Driscoll are committed to bringing people together and making Massachusetts a place where every worker, business and family can succeed.
More Information