This page, Seth Ames, is offered by 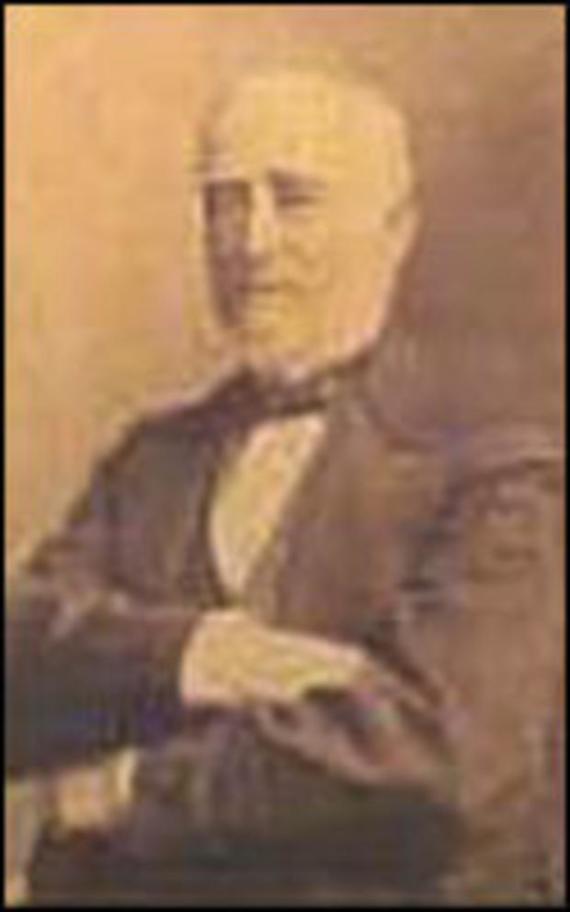 The Honorable Seth Ames, a Justice of this court from the nineteenth day of January 1869 to the fifteenth day of January 1881, died at his residence in Brookline on the fifteenth day of August 1881. A meeting of the members of the bar of the Commonwealth was held in Boston on the twelfth day of September following, at which resolutions were passed, which were presented by the Attorney General to the full court on the eleventh day of November. Before presenting them, the Attorney General addressed the court as follows:

May it please your Honors: It is entrusted to me by the members of the bar to call the attention of your Honors to the decease of the Honorable Seth Ames, recently one of the Associate Justices of this court, an event which, coming not altogether without premonition, was nevertheless the occasion of sincere sorrow and profound interest to all who had known this distinguished jurist. For of him it could as truly be said as of any man that no one who had come within the radiance of his delightful presence could fail to retain the most agreeable and lasting memory of him.

Judge Ames came to the profession of the law by inheritance, and must have spent his early years in the light and stimulus of the brilliant fame of his eminent father, Fisher Ames, who had died when the son was three years of age. He graduated at the age of twenty, and was admitted to the bar when twenty-three. These epochs in his life indicate that no time was lost in any employments which could divert his mind from its direct professional purpose, and there was no undue haste of preparation. For twenty years he practised industriously, growing with the growth of the city of Lowell, where he had his office (and with which he some time had relations as city solicitor), and gaining reputation for fidelity and thoroughness in his work, and the success which comes of care and patience rather than from any striking qualities, and certainly never by any questionable methods. In 1849, he was made clerk of the courts for the county of Middlesex, in which office he was distinguished for the order, accuracy and understanding of details and practice, which constitute excellence in the incumbent of that position. It was his superior qualifications as clerk which had influence in his selection as one of the Justices of the Superior Court in 1859, and when, eight years later, it was necessary to name a Chief Justice for that court, the same characteristics as well as his unquestioned fitness for the place led to his selection for that promotion.

During all his judicial life, thus far, he had been steadily gaining a stronger hold upon the respect, esteem and confidence of the profession, and had constantly advanced in preparation for the more difficult and delicate duties of this court, of which he was made an Associate Justice in 1869. For twelve years he filled that office with singular fidelity, impartiality and ability. It is no disparagement to say, in this presence, that no member of the court was more completely respected and honored, and more implicitly trusted, than was Judge Ames. His sense of justice was quick and instinctive, his manner was patient, kindly and scrupulously courteous, and so gentle was he that to decree against or dismiss a suitor would have given him pain, but that his conscience and judgment assured him that he was doing right, and so quieted his heart.

His most striking characteristic was his entire simplicity. No man could be so undemonstrative as was he, and yet so efficient. His modesty might have made him weak but that his unconscious integrity always kept him strong.

"His armor was his honest thought, and simple truth his utmost skill."

No man in the legal profession has ever done more to keep all its avenues and channels and methods pure and exalted. All thought of artifice or chicanery must have cowered of itself when before him, just as honor and noble ambition would always take courage and breathe more freely in his court because of the moral strength of his presence. The nearer we came to such a man, the better we understood him and the more strongly were we attached to him. And so I can have no doubt that the intimacy which your Honors had with our departed brother led you to estimate him more highly, if possible, than the bar had done.

It was my good fortune to be concerned with him in the last judicial service, certainly the last considerable service, which he was called upon to perform before the admonition of infirmity led him to offer his resignation as a conscientious act of duty. And it is a pleasure to say that during a somewhat protracted capital trial there was no abatement of his admirable judicial powers, and his charge to the jury was in that clear, concise and perfect style for which he was so eminent; and the scales of justice, holding on the one hand the majesty and the necessity of the law, and on the other the rights and immunities of the accused, were never sustained and carried in more exact equipoise.

From that duty he retired to private life honored and beloved, and after a brief space of rest and devout meditation in the sanctity of his home he went out from amongst us and up to the higher life which is beyond our vision.

For the bar whom I represent, I move your Honors that the resolutions which will now be read be entered upon the records of the court.

Resolved, That the death of Seth Ames, lately one of the Justices of the Supreme Judicial Court, and for thirty-two years honorably connected with the administration of justice in this Commonwealth, is an event of which the bar desire to take notice by expressing their sense of the great value of his public services, and their admiration for his pure and unblemished character, and for those attractive personal qualities which endeared him to all who had the privilege of his friendship.

Resolved, That, in the successive judicial stations which he held as Justice and Chief Justice of the Superior Court, and Associate Justice of the Supreme Judicial Court, he commanded the respect and esteem of the bar and the community. He administered the criminal law with firmness tempered by discretion and humanity, without unnecessary harshness and without vindictiveness. In his intercourse with the bar and when presiding at trials he was a model of fairness and courtesy; never forgetting, and therefore never finding it necessary to assert arrogantly or offensively, his personal dignity. His opinions were characterized by adequate learning and by a simplicity and purity of English style which he seemed to have inherited from his distinguished father.

Resolved, That the Attorney General be desired to present these resolutions to the Supreme Judicial Court, and that the secretary transmit a copy of them to the family of the deceased.

Gentlemen of the Bar: As we reflect how often within a short time we have met together to lament the loss of those whom we had hoped to have with us for many years to come, it is a consolation to remember that to the late Mr. Justice Ames was vouchsafed the full use of his faculties in the public service to a good old age. His life extended over almost three fourths of our existence as a nation. Born on the 19th of April, 1805, one of his earliest recollections was of the death of his father, Fisher Ames, on the thirty-second anniversary of the Declaration of Independence.

The charm of his character and conversation was more easily felt than described; and to his native modesty and fine taste nothing would have been more abhorrent than indiscriminate eulogy. He was a diligent student, a good lawyer, a safe counsellor, a faithful and useful public servant, a Christian gentleman. His singularly pure and elegant style of speech and writing was largely owing to early care and study, and to qualities inherited from his father, and, above all, to the fact that, like that great orator, he looked to the English Bible as "the standard of language as well as of faith."

The general appreciation of his fitness for judicial duty was shown by his frequent selection, while holding the office of clerk of the courts, to act as an arbitrator and to preside at trials by a sheriff's jury in important cases, and by his appointment to be successively Associate Justice and Chief Justice of the Superior Court and Associate Justice of this court. Serene and courteous in temper and manner, with an absolute regard for truth and right, and a kindly consideration of the interests and the feelings of all who came before him, he so conducted himself in his judicial office as to win the respect and the friendship of successful and unsuccessful suitors alike.

The court gladly avails itself of the opportunity to join with you, brethren, in paying him a last tribute of honor and affection, and, in accordance with your request, orders that your resolutions and a memorandum of these proceedings be entered upon its records.

The court then adjourned.