About the Route 28 Over Bass River Bridge Replacement & Intersection Project

This project will improve conditions along Route 28 as it passes over Bass River Bridge and through the Main Streets intersection in Yarmouth. The project will provide multimodal access along the corridor while improving safety and comfort for all users.

The Bass River Bridge carries Route 28 over the Bass River between the towns of Yarmouth and Dennis. The first permanent Bass River bridge was built in 1832 and crossed the water at nearby Ferry Street. In 1891 a new bridge was constructed but was replaced again in 1907. Today’s span dates from 1935 and is the fourth in the series of Bass River Bridges. As one of only three crossings of the Bass River, the bridge carries significant traffic during the summer tourist season and provides an important link year-round between the towns east of the river and Cape Cod Hospital in Hyannis. It has one travel lane in each direction and has only one sidewalk located on its southern side. Though safe for all users, the bridge is reaching the end of its useful lifespan and must be replaced.

Main Street (Route 28) at North Main Street and Old Main Street in Yarmouth, leading to the Bass River Bridge, is functionally deficient. The intersection is ranked high on the Commonwealth’s “High Crash Location” list. In 2016, a Road Safety Audit (RSA) was conducted on the intersection and identified: 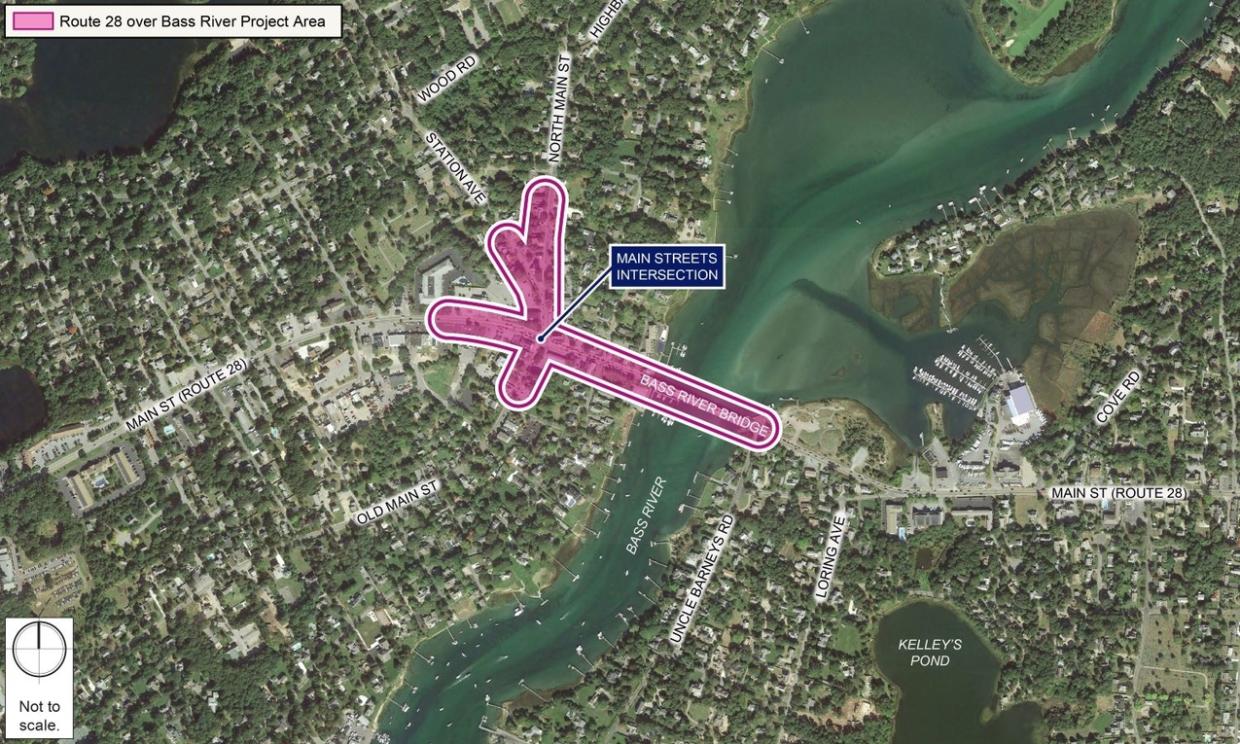 Both projects were delayed a few months to ensure the proper combination of a single construction project. The two projects have now been combined into one project. MassDOT and its teams are aware of the unique seasonal traffic challenges associated with construction on Cape Cod and are developing its plan to address impacts to the greatest extent practicable. For this reason, the Bass River bridge will be built one half at a time to continue traffic flows between Yarmouth and Dennis. Combining the two projects will help to minimize construction impacts to the travelling public and surrounding communities.

The new bridge will have higher vertical clearance and fewer piers than the current bridge. The distance between piers will be widened from 18 feet to 54 feet.

When complete, the new bridge will provide safe and comfortable multi-modal access across the Bass River. This project will be completed in coordination with the Intersection Improvements at Main Street (Route 28) at North Main Street and Old Main Street in Yarmouth MA.