This page, Associate Justice Ariane D. Vuono , is offered by 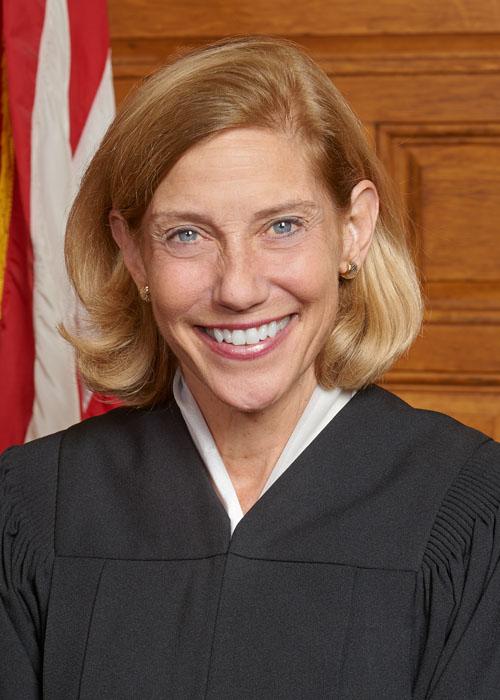 Associate Justice Ariane D. Vuono was born in Stamford, Connecticut, on May 15, 1957.  She graduated from Yale University in 1979 with a major in Italian studies.  In 1981 she received a Master of Arts in Italian literature from Middlebury College.  She then attended University of Connecticut School of Law, earning her J.D. in 1984.

After serving a year as a law clerk to the justices of the Massachusetts Superior Court, she became an assistant district attorney for Hampden County, specializing in appellate work.  From 1988 to 1995 she was chief of the appellate section of the District Attorney's Office for the Northwestern District (Hampshire and Franklin Counties), and argued many cases in the Supreme Judicial Court and the Appeals Court.  In 1995 she became an assistant United States attorney in Springfield, where she handled a wide variety of assignments, including federal trial and appellate work.  She was appointed to the Appeals Court by Governor Mitt Romney and joined the court on March 7, 2006.

Justice Vuono has been a member of the adjunct faculty at the University of Massachusetts in Amherst, has been an adjunct professor at Mount Holyoke College and Western New England School of Law, and has lectured at numerous MCLE programs.  She and her husband are the parents of three children.