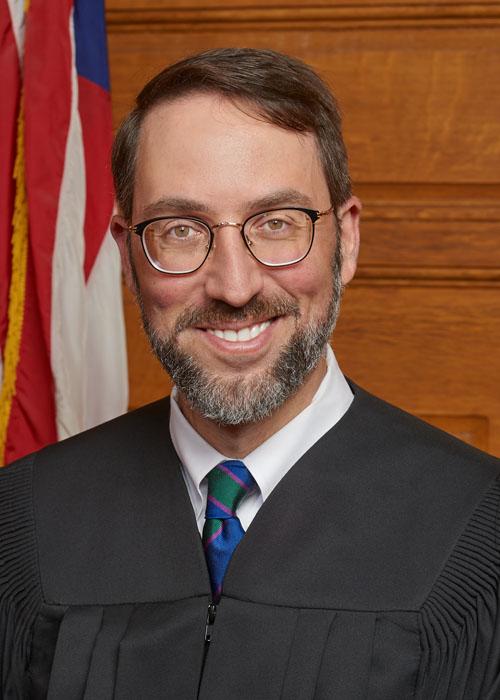 Upon graduation Justice Ditkoff clerked for a federal appellate court judge, the Honorable Jerry E. Smith of the United States Court of Appeals for the Fifth Circuit. He then proceeded to the Office of Independent Counsel Kenneth W. Starr where he served as Litigation Chairman and Associate Independent Counsel. During his employment there he co-authored five federal appellate briefs, two U.S. Supreme Court certiorari oppositions, and authored over thirty grand jury filings while undertaking significant supervisory responsibilities.

In 1999 he began his long tenure at the Suffolk County District Attorney’s Office where he was promoted from an Assistant District Attorney to Deputy Legal Counsel to the District Attorney. Justice Ditkoff authored over 140 briefs in the Supreme Judicial Court and argued 85 cases before the two courts. His responsibilities also included prosecuting complex trials in a second chair role, advising the District Attorney, formulating office policies, giving ethics advice, defending the office in civil suits, conducting training, and drafting legislation. In 2014 he joined the Administrative Office of the District Court as General Counsel of the District Court, where he advised the Chief Justice, Justices, and Clerks on legal developments, ethical concerns, and legislation. He drafted standardized jury instructions, procedures, rules, forms, and guidelines for civil and criminal cases, including the Uniform Trial Court Rules for Civil Commitment Proceedings for Alcohol and Substance Use Disorders.

Justice Ditkoff has been a significant contributor in a number of legal and community activities. He continues to serve on the Supreme Judicial Court Standing Advisory Committee on the Rules of Criminal Procedure, is an editor on the Massachusetts Law Review, and assists the bar as an instructor for Massachusetts Continuing Education Programs. Civically, he served over a decade as an elected representative to his town meeting, headed his neighborhood association, and was a vice president of his synagogue.