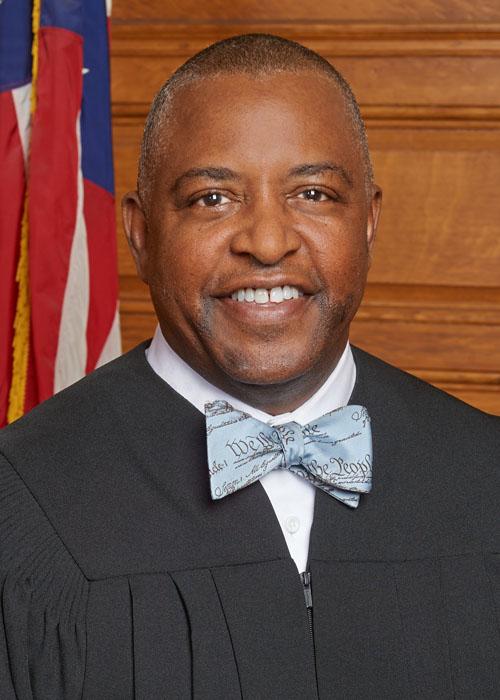 Born in Boston, Justice Kenneth V. Desmond Jr. graduated from Tufts University in 1985 and from Boston College Law School in 1990.Upon graduation he served as a Suffolk County Assistant District Attorney until 1997 when he became Deputy Chief Legal Counsel to the Middlesex County Sheriff's Department. He was appointed by Governor Mitt Romney as an Associate Justice of the Boston Municipal Court in 2005 and subsequently became the Presiding Justice of Dorchester Drug Court. In 2012, Governor Deval Patrick appointed him as an Associate Justice of the Superior Court, where he served until being named to this court.

Justice Desmond has been active on a number of professional committees, in bar associations and in legal education. He has been the Vice-Chair of the Supreme Judicial Court Advisory Board on Probation and a member of both the Supreme Judicial Court Committees on Judicial Performance and Studying Judicial Conduct. He also served on the Massachusetts Trial Court Cross-Departmental Working Group on Race and Ethnicity Reporting. He has been a trustee of the Flaschner Judicial Institute, Vice President of the Massachusetts Black Judges Conference, a board member of the Massachusetts Black Lawyers Association, and a hearing member of the Massachusetts Board of Bar Overseers. He has also been active in legal education, lending his expertise in diverse areas of criminal, labor, business, personal injury, and ethics law in varied settings such as the Flaschner Judicial Institute, the National Business Institute Judicial Forum, and Massachusetts Continuing Legal Education. Additionally, he joined judicial delegations which traveled to China to teach and promote the rule of law.