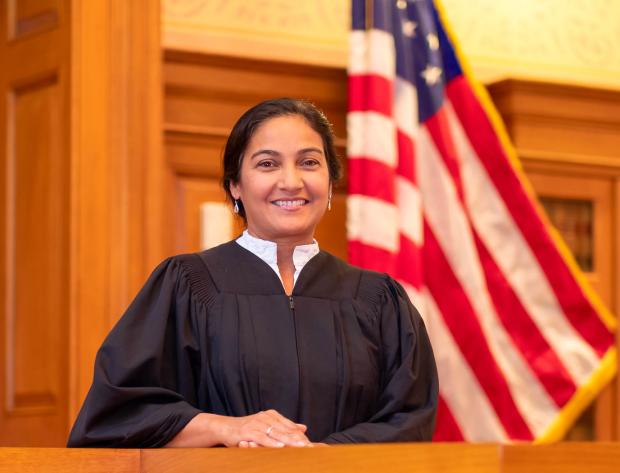 Born in the village of Hussepur, Bihar, India, Justice Singh graduated from Pennsylvania State University in 1987 with a Bachelor of Arts in the Administration of Justice.  She then earned her Juris Doctor from Boston University School of Law in 1990, where she represented her school on the Craven Constitutional Law and Jessup International Law moot court teams.

Upon graduation, Justice Singh clerked for the Justices of the Massachusetts Superior Court.  She then became an Assistant District Attorney with the Middlesex County District Attorney's Office in 1991.  Within the Appeals & Training Bureau of that office, she represented the Commonwealth in both the appellate and trial courts.  There, she was also the Legal Director of Project Alliance, the District Attorney's youth crime prevention initiative.  In 1998, she joined the law firm of Bingham McCutchen LLP, where she engaged in complex civil litigation.  Justice Singh became an Assistant United States Attorney with the Boston office in 2005.  Within the Public Corruption Unit, she specialized in human trafficking cases.