This page, Chief Justice Mark V. Green , is offered by 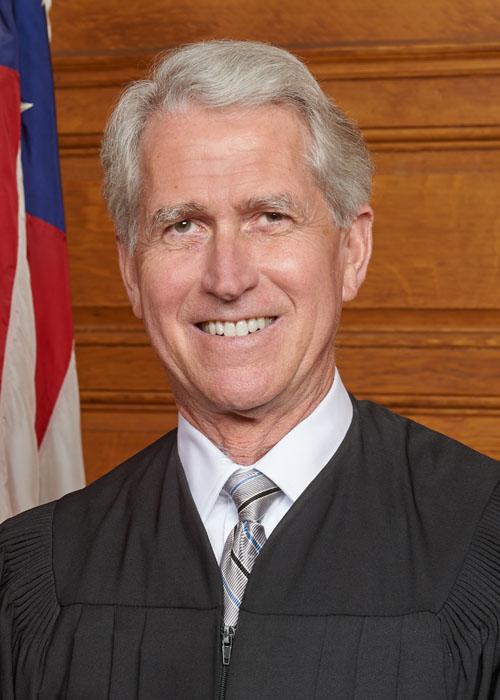 Chief Justice Mark V. Green was born in Moline, Illinois, on September 1, 1956. He received his A.B. degree, with distinction in all subjects, from Cornell University in 1978, and his J.D. degree, cum laude, from Harvard Law School in 1982. Chief Justice Green practiced transactional real estate law as an associate with the firms of Herrick & Smith and Goulston & Storrs until 1990, when he accepted a position with Shawmut Bank as Vice President and Senior Counsel for Real Estate. From 1994 to 1995, Chief Justice Green was General Counsel of The Mortgage Acquisition Corporation. Chief Justice Green joined the legal department of BayBank, N.A. in 1995, where he remained through its merger with the Bank of Boston in 1996.

Chief Justice Green has been a panelist on numerous continuing legal education programs sponsored by Massachusetts Continuing Legal Education and the Boston Bar Association, among others. He also has been a guest lecturer for courses at the Harvard Business School and the Massachusetts Institute of Technology Center for Real Estate Studies. From 2007 until his appointment as Chief Justice, he served as a member of the Board of Editors of the Boston Bar Journal. In 2005 and 2009, Chief Justice Green participated in rule of law exchange programs in Russia and, in 2011, he was a member of a rule of law exchange in the Peoples Republic of China focused on the American jury trial system.

He is married, with two children.