This page, Chief Justice Phillip Rapoza, is offered by 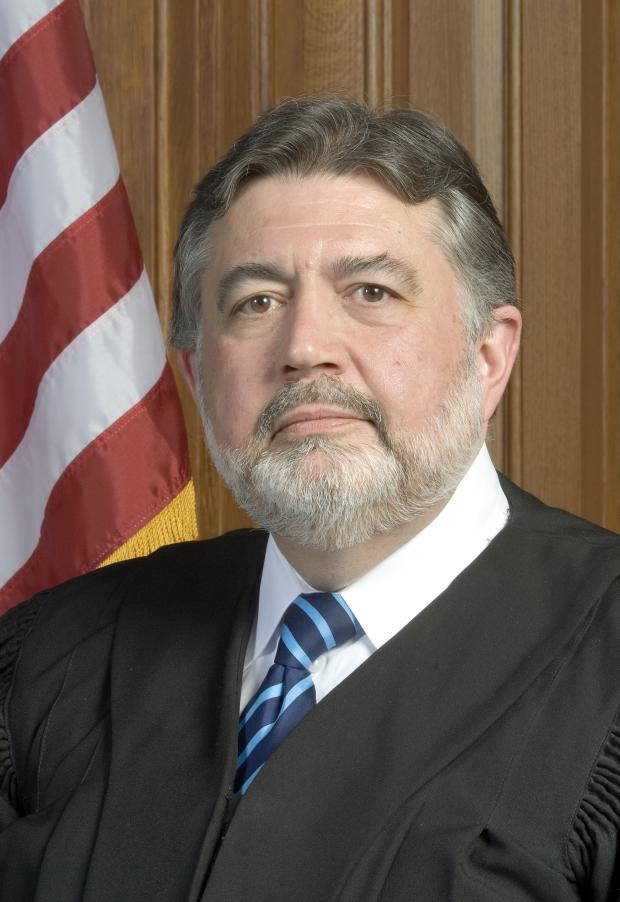 Phillip Rapoza served as Chief Justice of the Massachusetts Appeals Court from October 17, 2006 until June 30, 2015, when he retired from the judiciary.

He received a Bachelor of Arts degree in history, magna cum laude, from Yale College and a Doctor of Law degree from Cornell Law School. He has also received several honorary law degrees. Prior to serving on the bench, he was an assistant district attorney in Suffolk and Bristol counties and later he was a partner in law firms in Fall River and New Bedford. He was appointed to the bench in 1992 and served as a trial judge on the Fall River District Court and the Massachusetts Superior Court.  In 1998, he was appointed to the Massachusetts Appeals Court and in 2006 he was named Chief Justice of the court. He is a member of the US Council of Chief Judges of State Courts of Appeal and is a Life Fellow of the Massachusetts Bar Foundation.  In recognition of his judicial service and his contributions to the legal profession,  in 2011 Chief Justice Rapoza received the prestigious President's Award from the Massachusetts Bar Association.

In addition to his judicial service in Massachusetts, Chief Justice Rapoza has been a leader in the field of international criminal justice. In that capacity, he has been involved in a number of international legal initiatives and has served on two UN-backed war crimes tribunals.

Prior to his appointment as Chief Justice, from 2003 to 2005 he took an unpaid leave of absence from the Appeals Court to work for the United Nations, serving in East Timor as an international judge and coordinator of the Special Panels for Serious Crimes.  The Special Panels was a war crimes tribunal established by the UN to prosecute crimes against humanity and other serious offenses committed during the Indonesian occupation of East Timor.

In 2012, he was appointed by UN Secretary-General Ban Ki-moon to serve as a reserve judge on the Supreme Court Chamber of the UN-backed war crimes tribunal in Cambodia. The tribunal, formally known as the Extraordinary Chambers in the Courts of Cambodia, was established to bring to justice senior leaders and those most responsible for the deaths of as many as two million Cambodians during the rule of the Khmer Rouge.

Chief Justice Rapoza also has been active in efforts to spread the rule of law in the developing world. Following his service on the war crimes tribunal in East Timor, he has frequently returned to that country  to assist UN efforts in support of Timor's justice system. In 2012, the US State Department selected him to serve as one of two US representatives on an international mission to observe Timor's parliamentary elections. Chief Justice Rapoza also has  headed a UN criminal justice advisory team in Haiti and has travelled to Mozambique, where he participated in a USAID judicial development project.

Chief Justice Rapoza  has been involved in other international endeavors as well. For many years he headed the Commission for Justice Across the Atlantic, a judicial exchange program between the United States and Portugal. He currently is the President of the International Penal and Penitentiary Foundation, which is headquartered in Switzerland and promotes studies around the world in the field of crime prevention and the treatment of offenders.

Chief Justice Rapoza has received a number of awards relative to his international work. In 2002, President Jorge Sampaio of Portugal awarded him the rank of Commander in the Order of Prince Henry the Navigator for "promoting closer relations between the judicial systems of our two countries." In 2007, he  received the Brazilian Medal of International Merit for "strengthening the ties of friendship and cooperation between the judicial systems on the American continent." In 2009, he received the Alexander George Teitz Memorial Award from the Touro Synagogue Foundation in recognition of "his commitment to religious freedom and ethnic tolerance worldwide, as demonstrated by his career as a leader in international criminal justice and his work for the United Nations."

A Dartmouth native, Chief Justice Rapoza is the grandson of Portuguese immigrants. He is a leader in his ethnic community and is very involved in Portuguese-American educational, charitable and cultural activities. He is the first Portuguese-American judge to serve at the appellate level in Massachusetts, for which he received the Medal of Merit from the municipality of Lagoa on the Azorean island of São Miguel, his family's ancestral home.