How Massachusetts Households Heat Their Homes

Breaks down how Mass households heat by fuels including comparison to rest of New England.

Since the 1970's, Massachusetts has seen a steady shift to heating with natural gas in a majority of households, from a greater reliance on heating oil in the past. This shift is despite not all Mass. communities having access to natural gas service. Among the factors driving the switch to natural gas: prices for heating oil are traditionally more volatile, especially over the past decade and extraction of shale gas has helped lower natural gas prices over the same period. 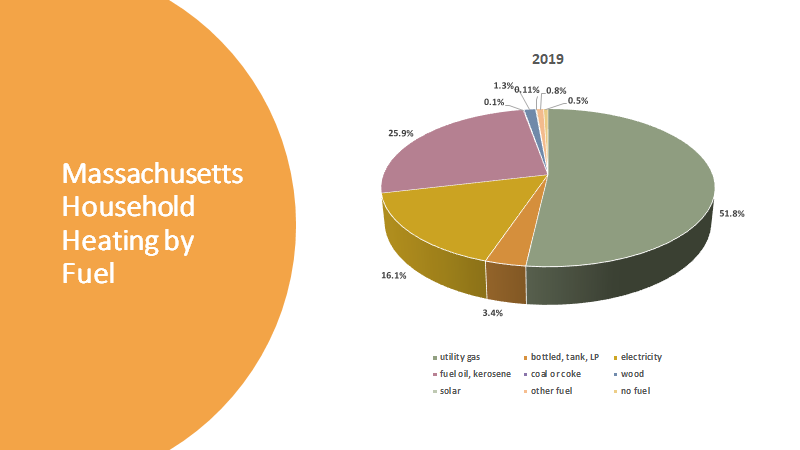 In New England as a whole, heating oil remains a primary heating fuel. Lack of infrastructure (Maine, Vermont, and parts of New Hampshire) means less access to natural gas supplies. These states are looking into ways to bring in more natural gas to offer their residents a choice of heating fuel. The following breaks out how all the New England States combined heat their homes