The Large Animal Response Team (LART) is made up of MassWildlife biologists and Environmental Police officers. They are specially trained to work with larger wild animals. 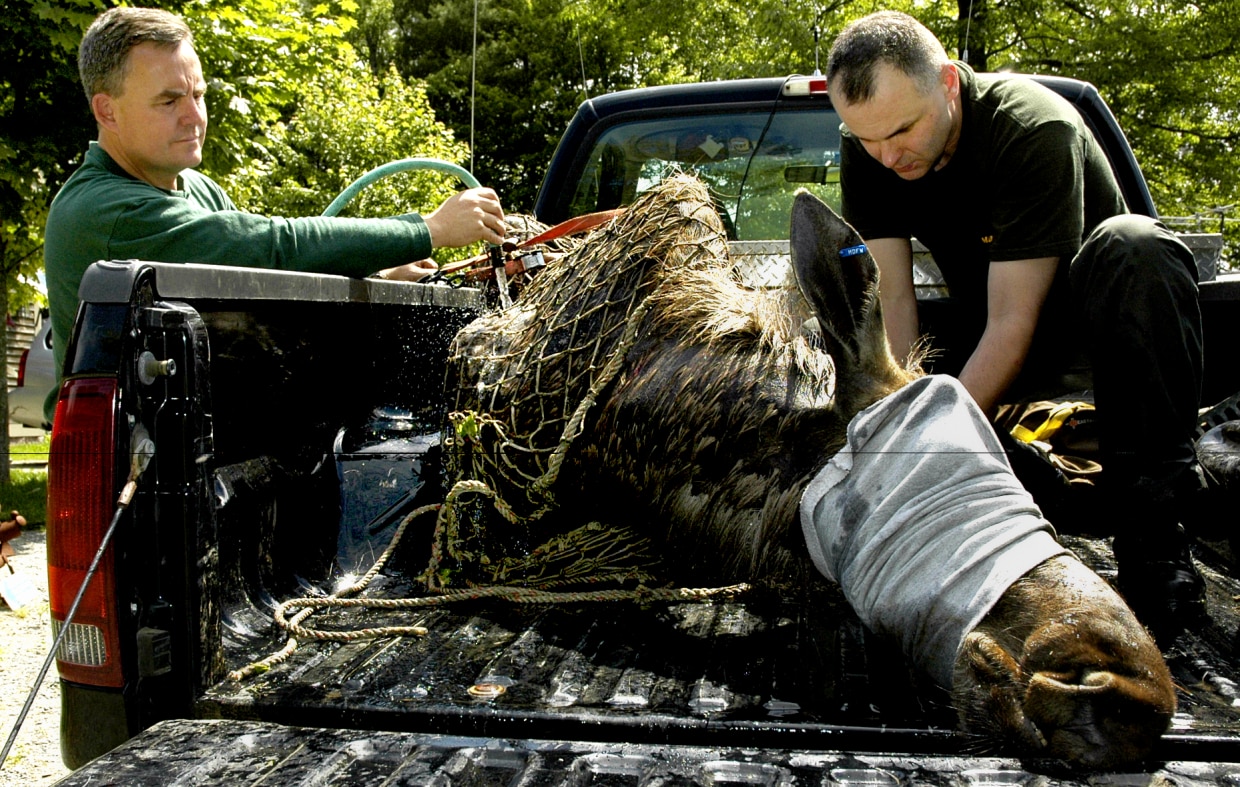 MassWildlife and the Massachusetts Environmental Police formed the Large Animal Response Team (LART) for situations when large animals such as moose, bear, and deer pose a potential threat to human health or safety. They can respond when such animals wander into heavily-populated areas or onto or near heavily-used roadways. Animals are moved only if their location poses a high public safety risk, such as a vehicle collision, or if the animal has no other safe way to leave the area.

The best thing people can do is to give large animals lots of space. Avoid approaching them for a better view or a better photo, as this can often result in animals moving in an unsafe direction and creating a more stressful situation for both animals and people. LART does not relocate wildlife causing property damage or causing a "nuisance" or other issues that are unrelated to public safety. The mere presence of a moose or bear in a highly-populated area does not mean LART needs to respond. If there is nearby connecting green space, and a safe escape route, leaving the animal alone is the best course of action and most common outcome.

A written agreement between the two agencies spells out the protocols and procedures that govern LART operations. Team members are composed of MassWildlife biologists and Environmental Police officers specially trained and certified in wildlife chemical immobilization and animal handling. When deciding the best course of action to take with large animals in both suburban and urban areas, LART’s responsibility is to consider public safety and the welfare of the animal.