The Division of Marine Fisheries (DMF) collects recreational fisheries catch and effort data along the Massachusetts coastline for inclusion in this program.

Since 2008, recreational fisheries catch and effort data have been collected along the Atlantic Coast through NOAA Fisheries' Marine Recreational Information Program (MRIP). DMF has managed the at-sea head boat survey segment for Massachusetts waters since 2003. In 2013, we assumed the shore-side sampling of charter vessels, shore anglers, and private/rental vessel anglers. The benefits of doing so include the ability to increase sample size and the precision of catch estimates. Data collected include:

Through MRIP, the Division collects crucial information from recreational anglers that assists in the development of fishery management plans.

In addition to collecting catch information through in-person interviews with anglers returning to marinas, boat ramps, beaches, fishing piers, and other publicly accessible fishing sites, MRIP uses the Fishing Effort Survey (FES) to estimate effort, or the number of trips made by anglers from shore or private boats on the Atlantic and Gulf coasts, and in Hawaii. This mail survey samples households from a national database of mailing addresses, supplemented with information from state-based recreational fishing license and registration programs. 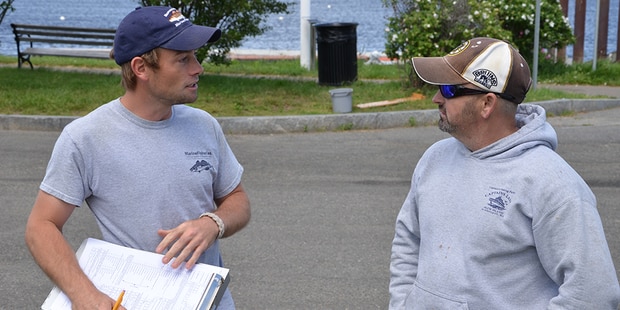